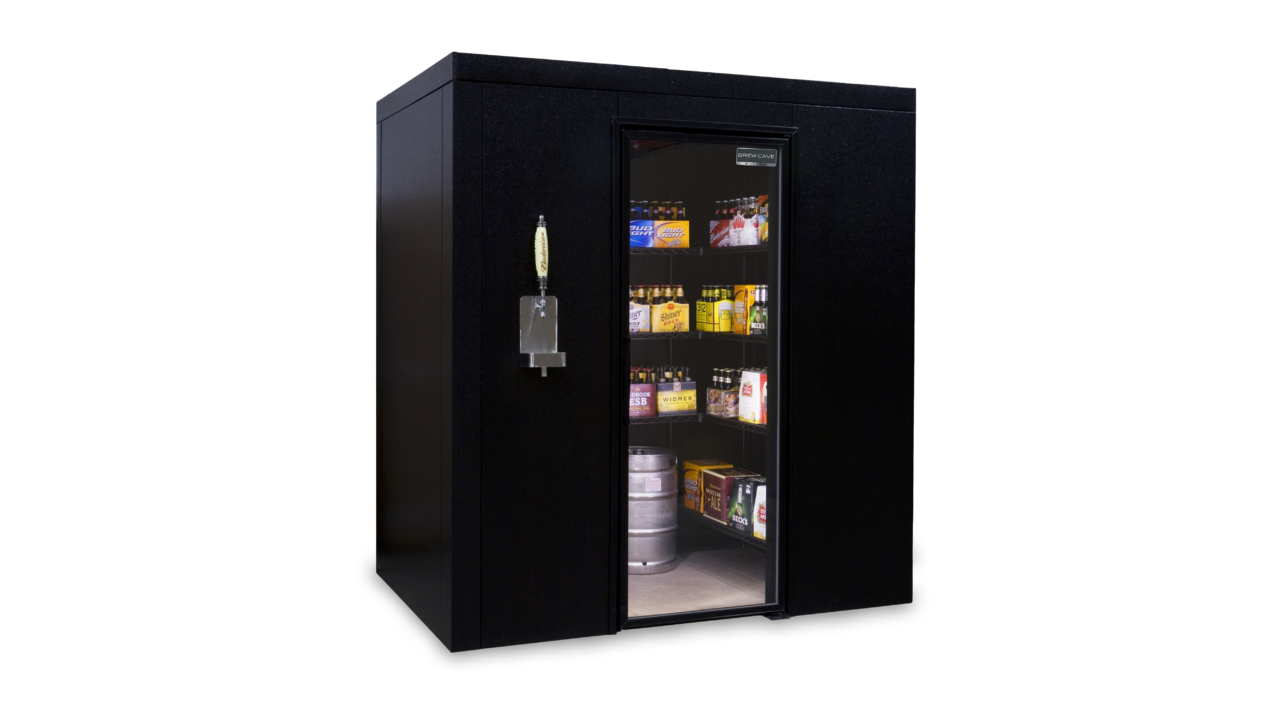 The Brew Cave is the largest kegerator on the residential market. With shelving, it can hold over 30 cases of beer, plus 6 or more kegs. Its refrigeration is designed to hold the inside at 32 degrees Fahrenheit, so you know your beer is optimized for maximum refreshment. And with modular panels that consist of 4” thick vapor-proof insulation, you can rest assured that they’ll stay that way. The Brew Cave unit is shipped to you in a knocked-down panel configuration, but can be easily assembled using the included hex wrench.

The Brew Cave includes a draft beer dispensing system for convenience and can be retrofitted with more taps. It also has a locking glass door to deter would-be beer thieves. Whether you want to entertain guests, run a small bar, share your homebrews or hog it all to yourself, the Brew Cave is your beer storage solution.

Each panel consists of inner and outer metal skins, a 4" insulation core, and equipped with cam-action locking devices. The locking devices are operable from inside the Brew Cave. A hex wrench to operate these cams is supplied. Press-fit plug buttons are provided to seal the wrench holes after assembly is complete. The Brew Cave’s construction is approved by the National Sanitation Foundation International and shall bear the NSF Seal of Approval. 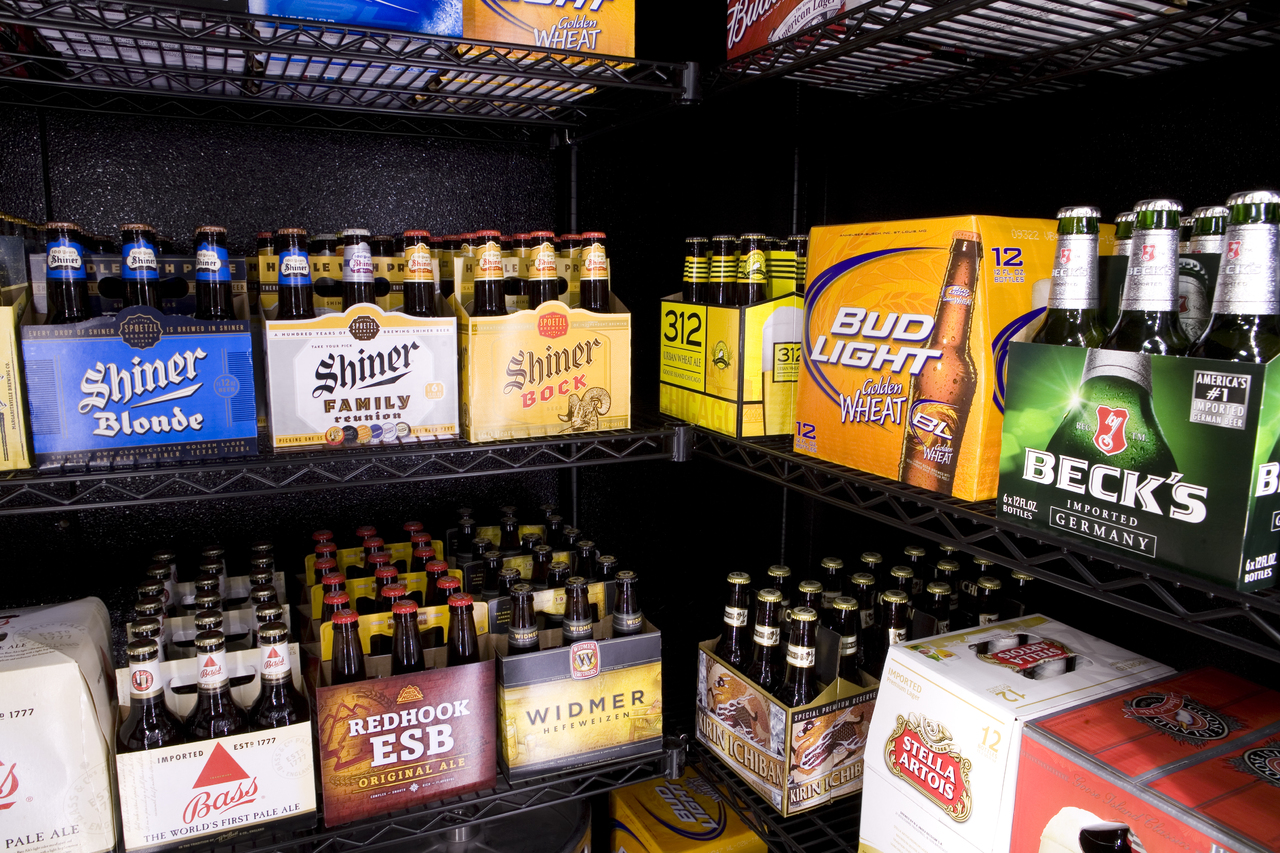