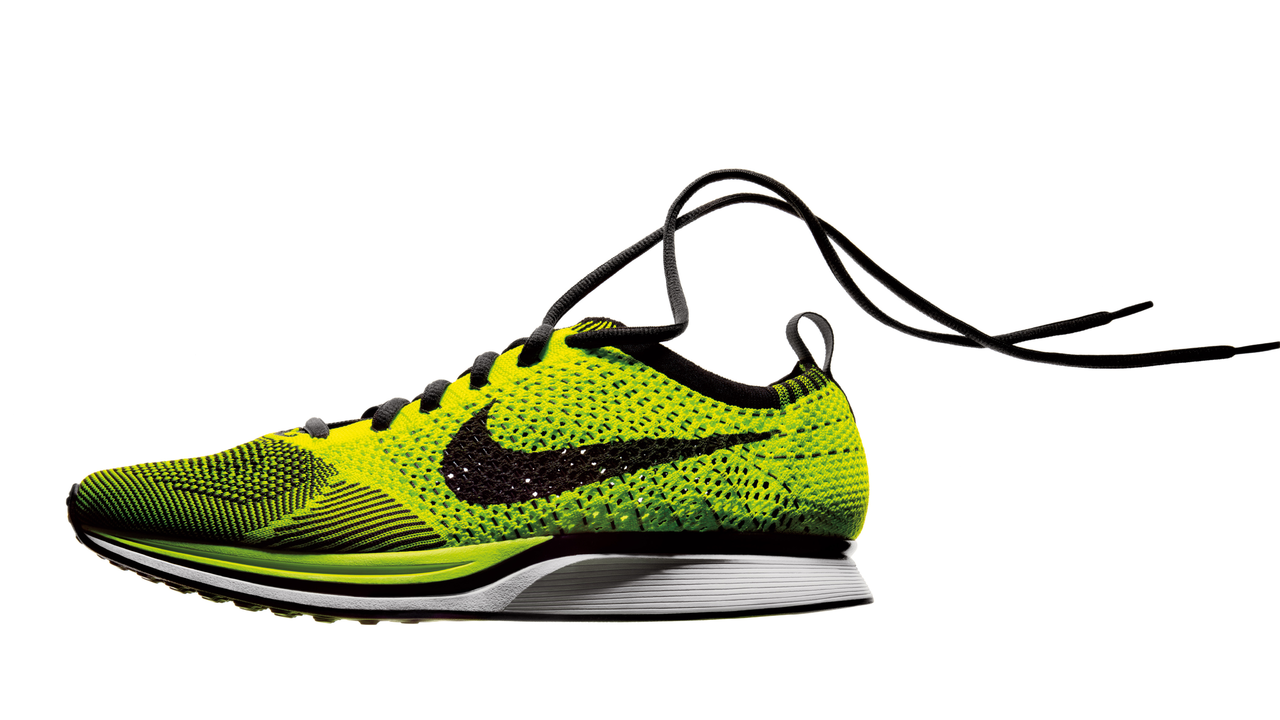 Nike has engineered knit for performance to create running footwear that features only the essentials. Employing a new technology called Nike Flyknit, yarns and fabric variations are precisely engineered only where they are needed for a featherweight, formfitting and virtually seamless upper. With all the structure and support knitted in, the Nike Flyknit Racer’s upper and tongue weigh just 34 grams (1.2 ounces). The whole shoe weighs a mere 160g (5.6 ounces) for a size 9, which is 19% lighter than the Nike Zoom Streak 3, a shoe worn by first, second and third place athletes in the men’s marathon at the 2011 World Championships.

While reducing shoe weight is one aspect of helping runners, the Nike Flyknit upper is also engineered for a precision fit, creating a feeling of a second skin. An additional environmentally sustainable benefit to Nike Flyknit is that it reduces waste because the one-piece upper does not use the multiple materials and material cuts used in traditional sports footwear manufacture. Nike Flyknit is truly a minimalist design with maximum return. 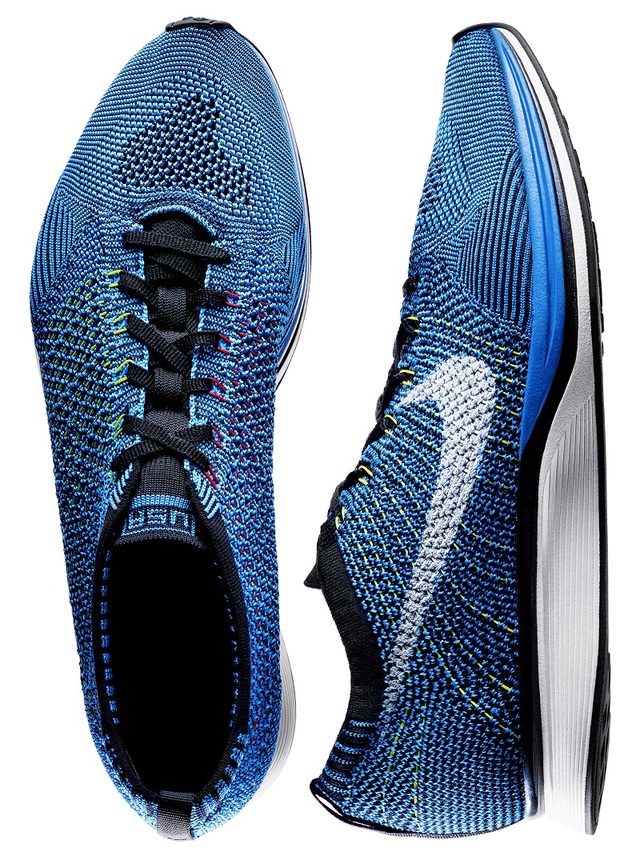