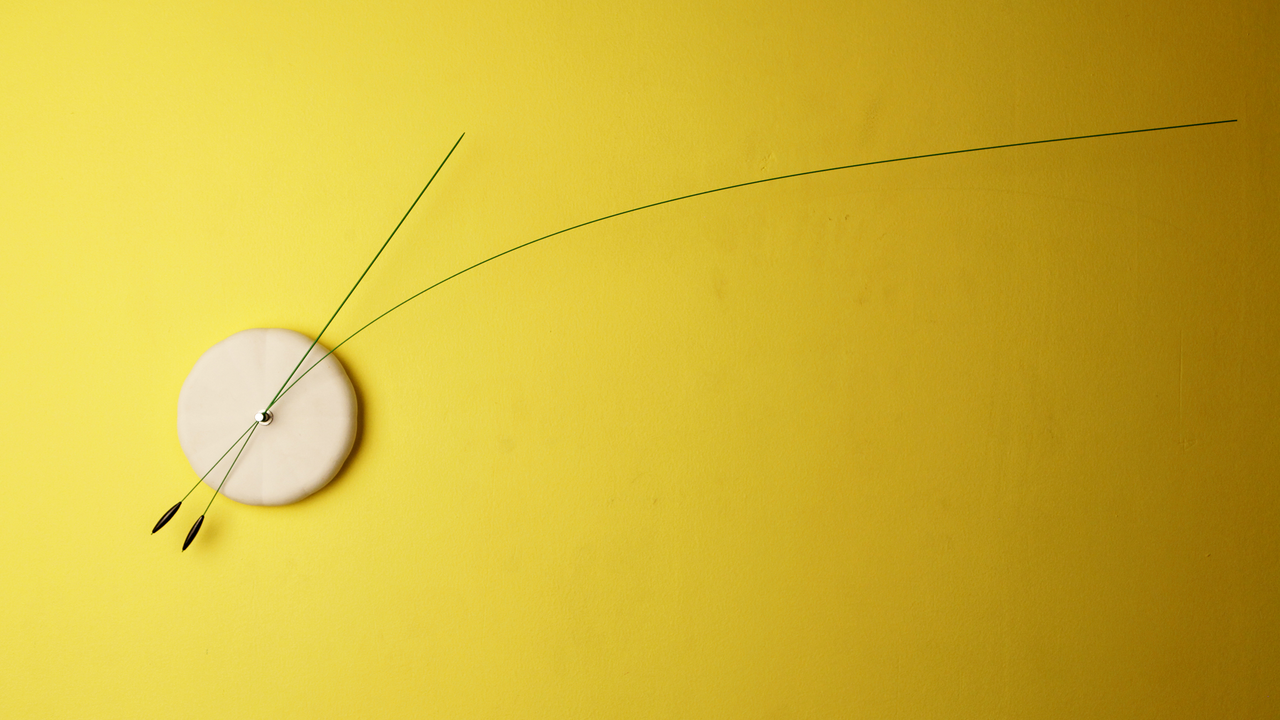 The Lithe Clock by Studio Ve

The way we experience time is subjective: sometimes we feel time goes by so fast, and there are times when we feel it doesn't move at all. Studio Ve wanted to share that feeling of time, the way people experience it. The Lithe Clock presents a new appearance of time. Its long hands move smoothly, in a soft flowing motion, resembling a dance - they rise and wilt, turn and bend.

The hands are lithe. The base is made of delicate ceramics. Together they bring a unique, gentle and elegant appearance to the clock, unlike anything you've seen before. The shivering movement of the hands at certain points is fascinating. You want to keep looking at it to see how it changes as the hands advance. 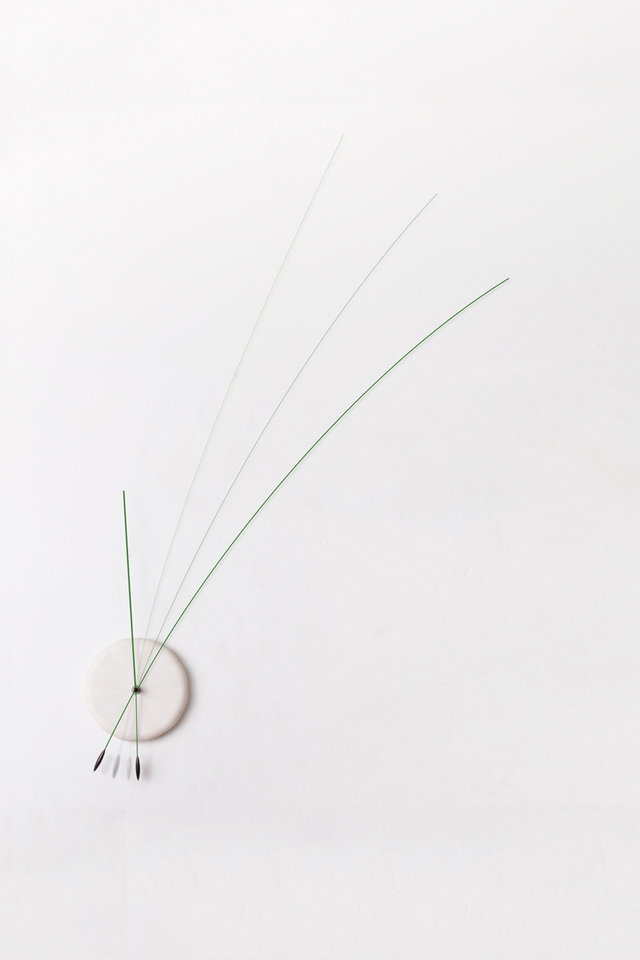 The Story The Lithe Clock is the outcome of Studio Ve's long relationship with clocks. This time, they were inspired by the nature of time, the sense it has, and the feeling it gives. The idea of the clock came when they were dealing with raw material – music wire, used for pianos. The steel wire, although still, performed in a surprisingly animated way. They were compelled to take it and give the clock a life of its own; it obeys the laws of physics - not rigorously, but rather in a special, vivid way.