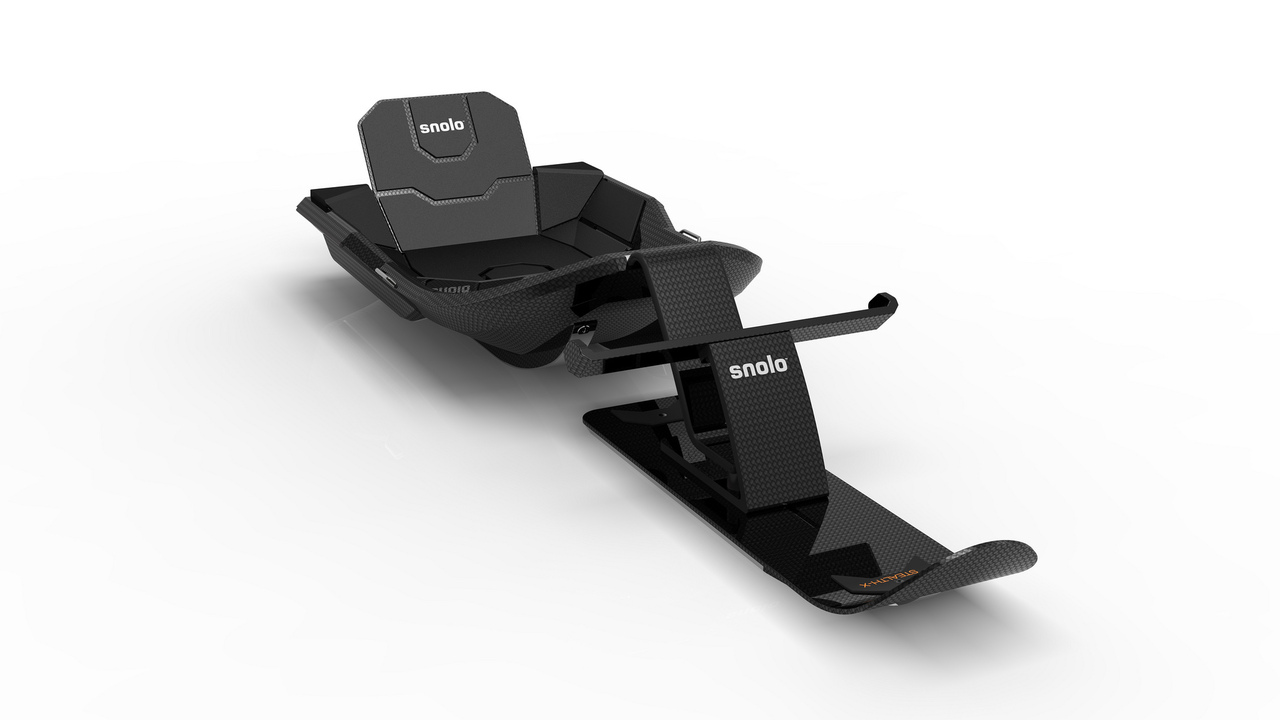 In 2012, after six years of market research, prototype creating and testing, Snolo Sleds have released their first high performance alpine sled, the Stealth-X. Unlike many of it's contemporaries, the carbon fibre flag ship model can be used on both hard compact snow and soft powdered snow, and is a far cry from the wooden sleds of old that were designed to run down a gentle slope laden with small children. This sled is certainly no small childs' toy. It's built for serious adult fun. In designing this sled Snolo has taken the old fashioned factor away from a child's play thing, and made sledding into a serious adult past time that wants to rub along side our traditional sports of skiing and snowboarding.

The Stealth-X has a seating position that makes you feel like you are sitting in a race car, it has steering ability, and it has speed. Early test runs on an average gradient slope showed it was capable of in excess of 65 km/hr (approximately 40 miles an hour), but uniquely for a sled it can also maneuver and stop in much the same manner as a snowboard using your feet and your body positioning.

The Stealth-X is predominantly built of carbon fibre and comprises three main parts. The mono shell, the front ski and the front arm. 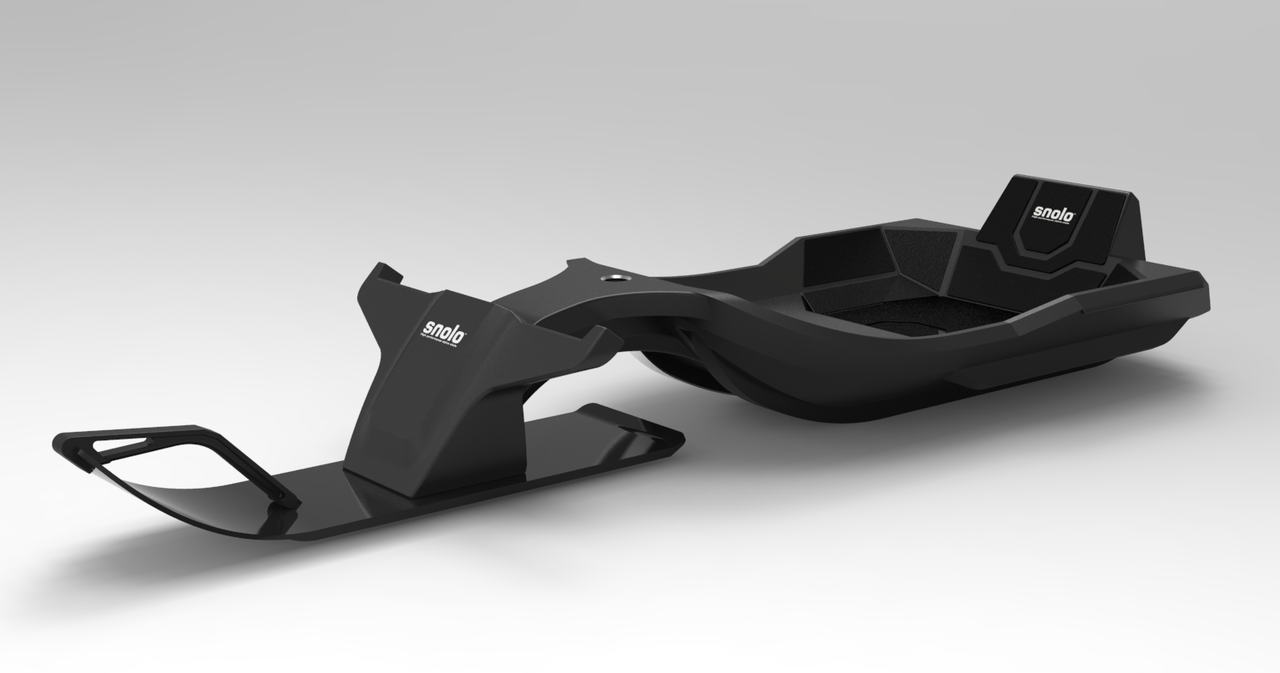