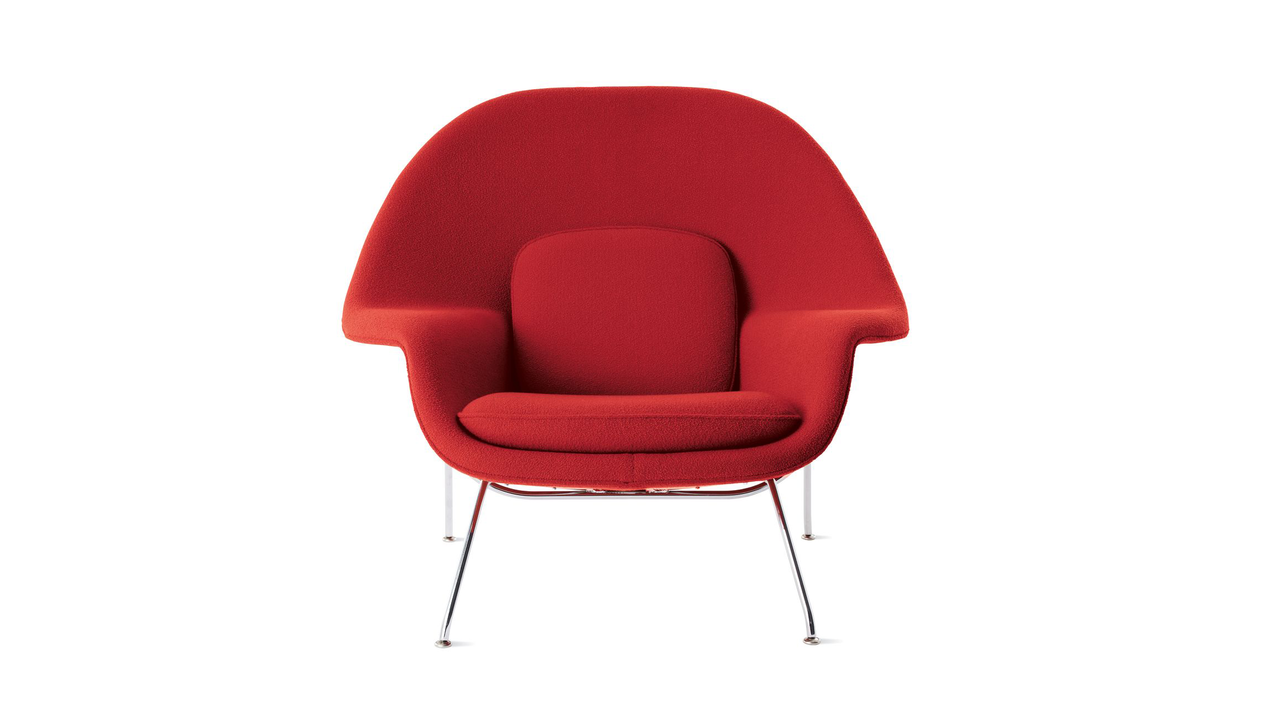 The Womb Chair by Knoll

The expressive sculptural forms of Eero Saarinen’s furniture can also be found in his architecture, from the TWA Terminal at Kennedy Airport to the Gateway Arch in St. Louis to Dulles International Airport. In 1940, the Finnish American and his friend Charles Eames took first prize at the Organic Design in Home Furnishings competition at MoMA. Later that decade, when Florence Knoll challenged Saarinen to create a chair that she could curl up in, she had found the right candidate for the task.

The Womb Chair and Ottoman (1946) has an enveloping form that continues to be one of the most iconic and recognized representations of mid-century organic modernism. By applying foam molded over a fiberglass shell, Saarinen created a single-piece form that perfectly facilitates a relaxed sitting posture. Manufactured by Knoll according to the original specifications of the designer. Made in U.S.A. 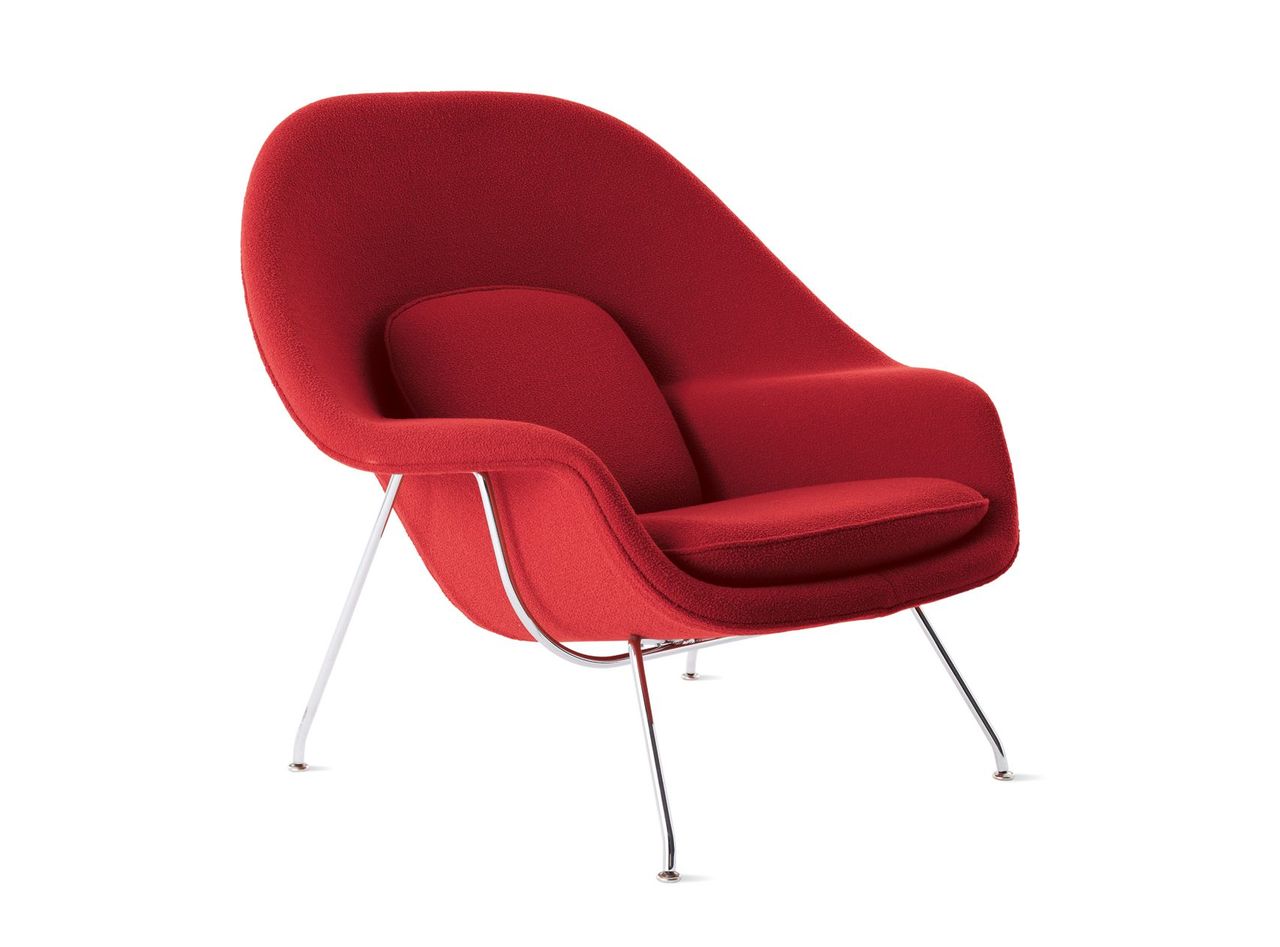