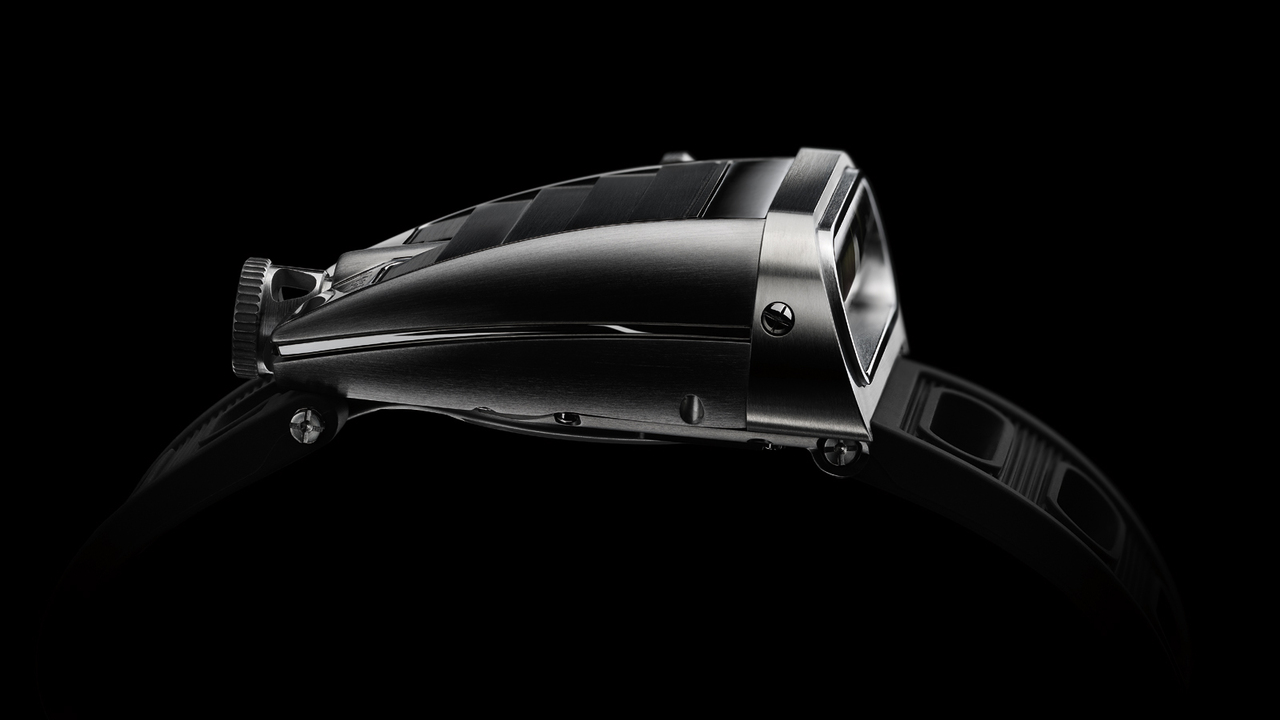 HM5 On the Road Again may appear relatively simple, but it’s complicated: the hour and minute displays look straightforward, but they are bi-directional jumping hours with indications inversed, reflected 90° to the vertical and magnified 20%; HM5 has a futuristic case design, but it's from the 1970s; HM5 has a mechanical movement, but it was inspired by an era when quartz was King; the rear louvres on supercars block light, but on HM5 they let it in; HM5 has exhaust pipes, but they drain water; HM5 is “On the Road Again”, but its inspiration barely left the garage. 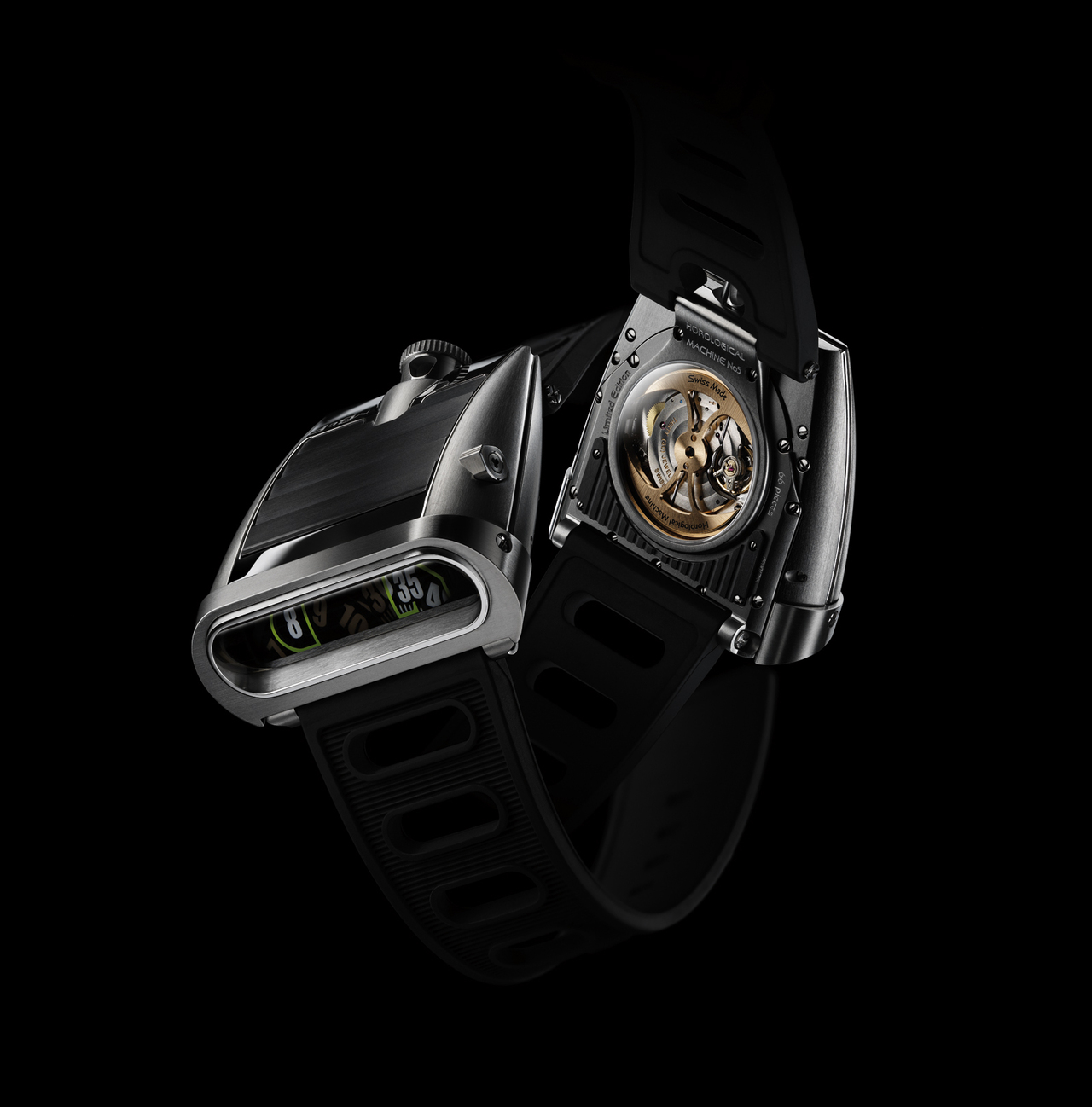