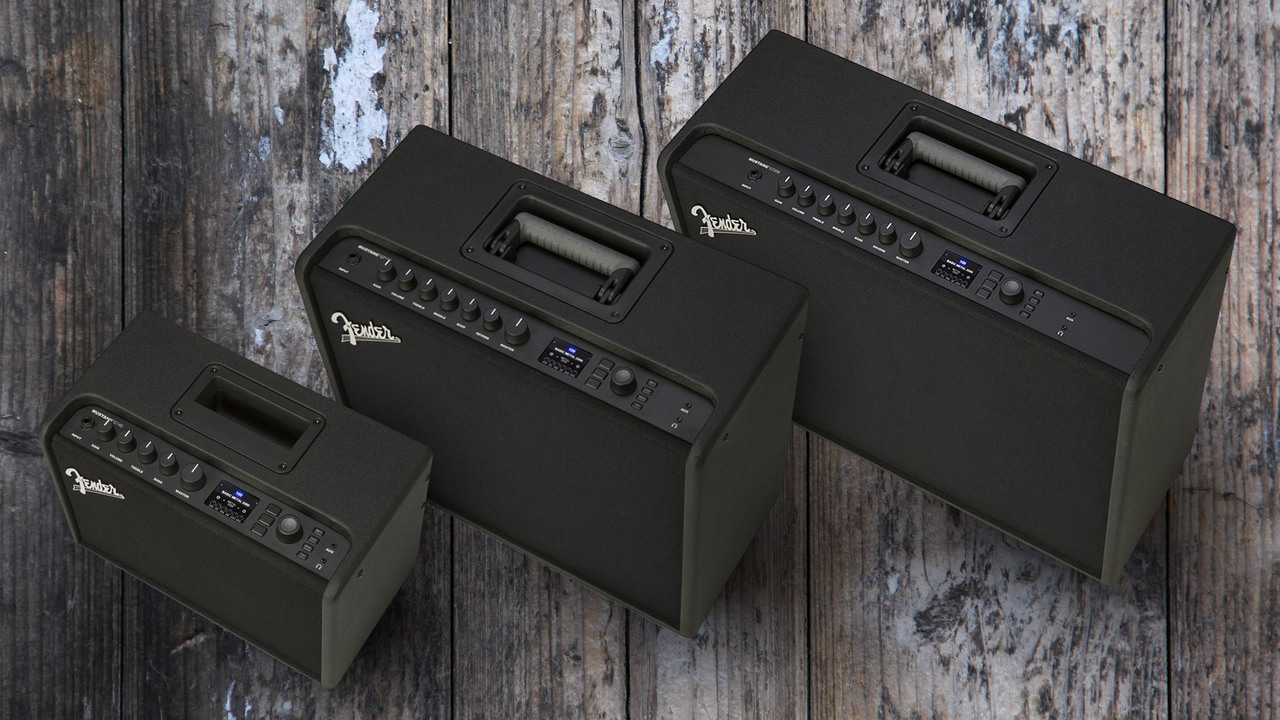 Fender has announced the dual introduction of the brand’s second, free mobile app, Fender Tone, in conjunction with the launch of the new Mustang GT Amplifier Series, that work in tandem to deliver accessible guitar tones catered to any player’s musical creativity. Fender Digital has dubbed the new iPhone and Android application the “ultimate companion app” to the addition of three new Mustang GT amplifiers, Mustang GT 40, Mustang GT 100 and the Mustang GT 200.

Known as one of the best-selling series in Fender amplifier history the new Mustang GT offerings provide enhanced signal processing for better fidelity and flexibility and a new easy, user-friendly interface. Utilizing Fender’s first Wi-Fi and Bluetooth enabled amplifier, consumers will have the ability to manage thousands of presets created by Fender sound engineers, notable artists and guitarists, as well as players from the Mustang community. Users can edit effects, share their own presets, create setlists for performances, access easy to download upgrades via Wi-Fi and stream music through the Mustang GT amplifiers via Bluetooth technology.

To demonstrate the versatility of sounds Fender Tone and the new Mustang GT amplifier series provides, Fender tapped into artists across multiple musical genres, such as: singer-songwriter Grimes, blues-rock guitarist Joe Bonamassa and rock band Young The Giant– to capture the preset tones that give these artists their distinctive sounds for fans to replicate.

“Fender Tone is the second release in Fender Digital's suite of applications, and the first hardware companion application we have developed,” said Ethan Kaplan, Chief Product Officer and General Manager, Fender Digital. “It, alongside Fender Tune, aims to accompany players at every stage of their musical journey.

Fawad - September 29, 2019 at 5:25am
Wow, What a Excellent post. I really found this to much informatics. It is what i was searching for.I would like to suggest you that please keep sharing such type of info.Thanks Click here
Reply · Like · Mark as Spam

Chicago Refinance - September 16, 2019 at 11:13am
Great write-up, I am a big believer in commenting on blogs to inform the blog writers know that they’ve added something worthwhile to the world wide web!.. Chicago Refinance
Reply · Like · Mark as Spam

카지노사이트 - August 30, 2019 at 9:12am
Wow, What a Excellent post. I really found this to much informatics. It is what i was searching for.I would like to suggest you that please keep sharing such type of info.Thanks 카지노사이트
Reply · Like · Mark as Spam