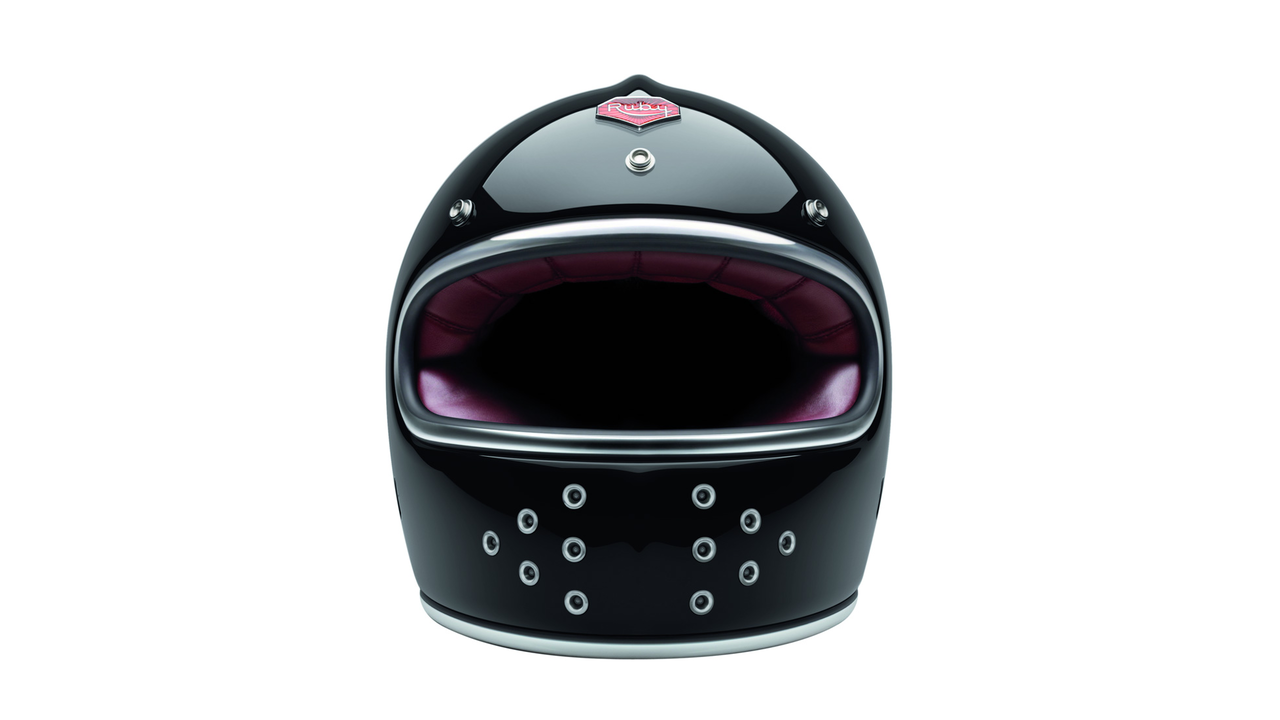 Les Ateliers Ruby celebrated their fith anniversary with the release of their first full-face helmet: The Castel. Back in 2007, on 1st October 2007, The first Pavillon helmet by Les Ateliers Ruby appeared in a shop of La Rue Saint-Honore in Paris. A Year and a half after that Jerome Coste unveiled his second creation: The Belvedere helmet, with a retro-futuristic visor.

Over 5 years a run of new collections have been released with these two models interpreted into 286 versions, as well as into limited editions and also a few one-off pieces. Today, for their landmark anniversary, the family is growing again with the arrival of the Ruby Castel, intended to provide you with even greater protection.
Jerome Coste envisioned this as a full-face version of the classic Pavillon helmet, refined and made deliberately without a visor, to be worn with glasses or goggles.

A helmet with character and soul that will leave non-one unstirred. Only the wide chin piece altars the original shape designed to reflect the image of the full face helmet we all have in our collective unconscious. 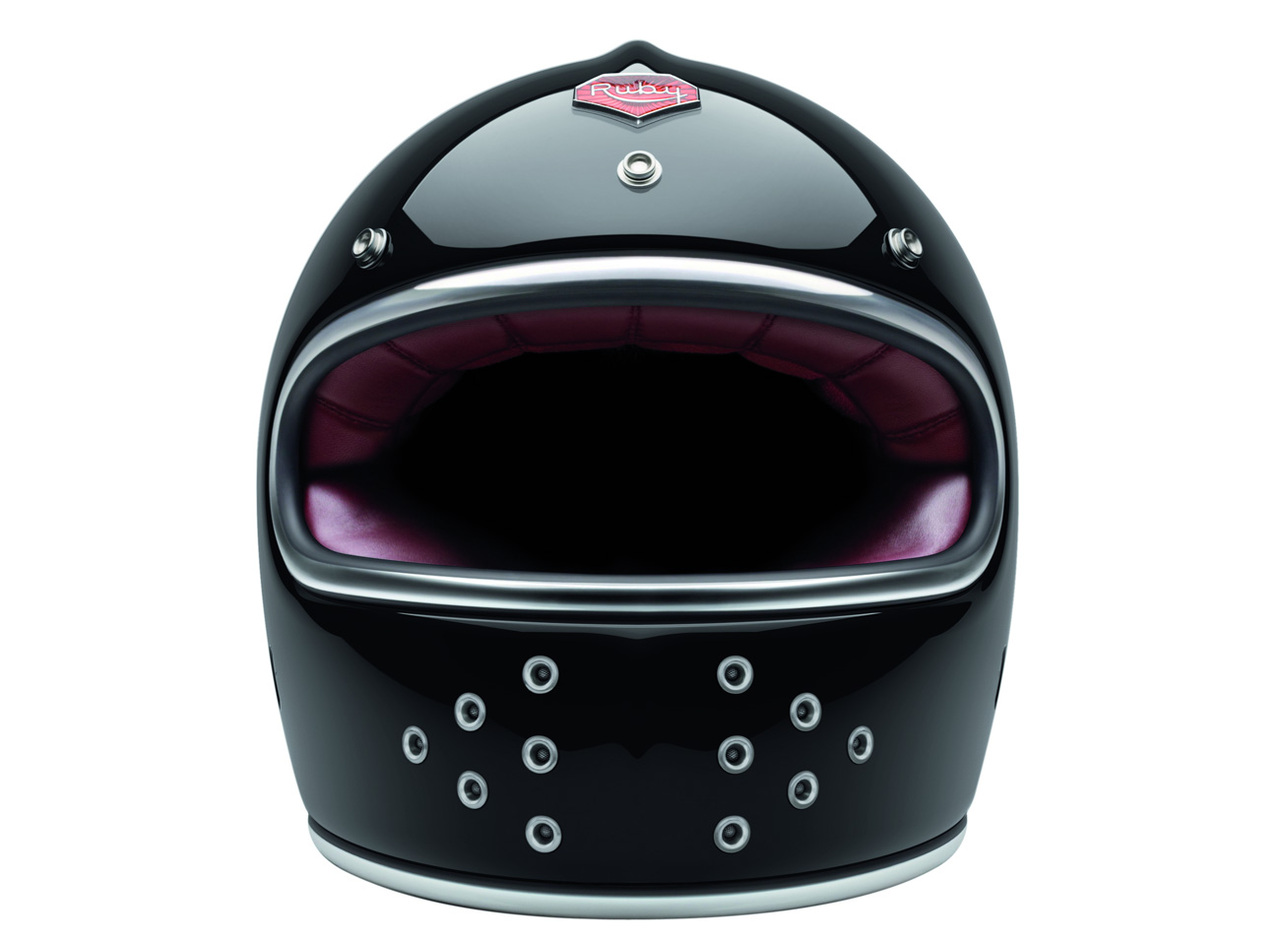 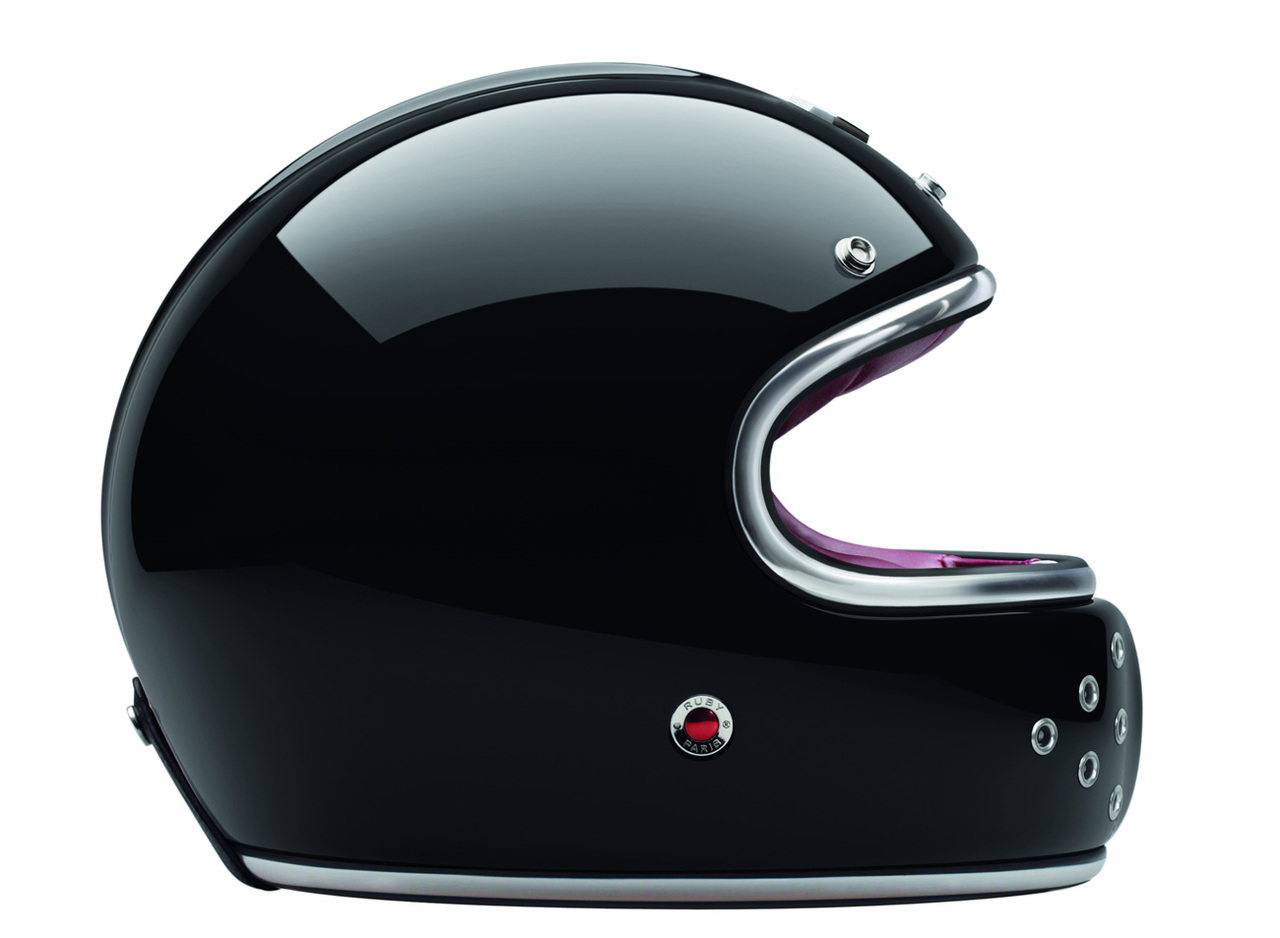