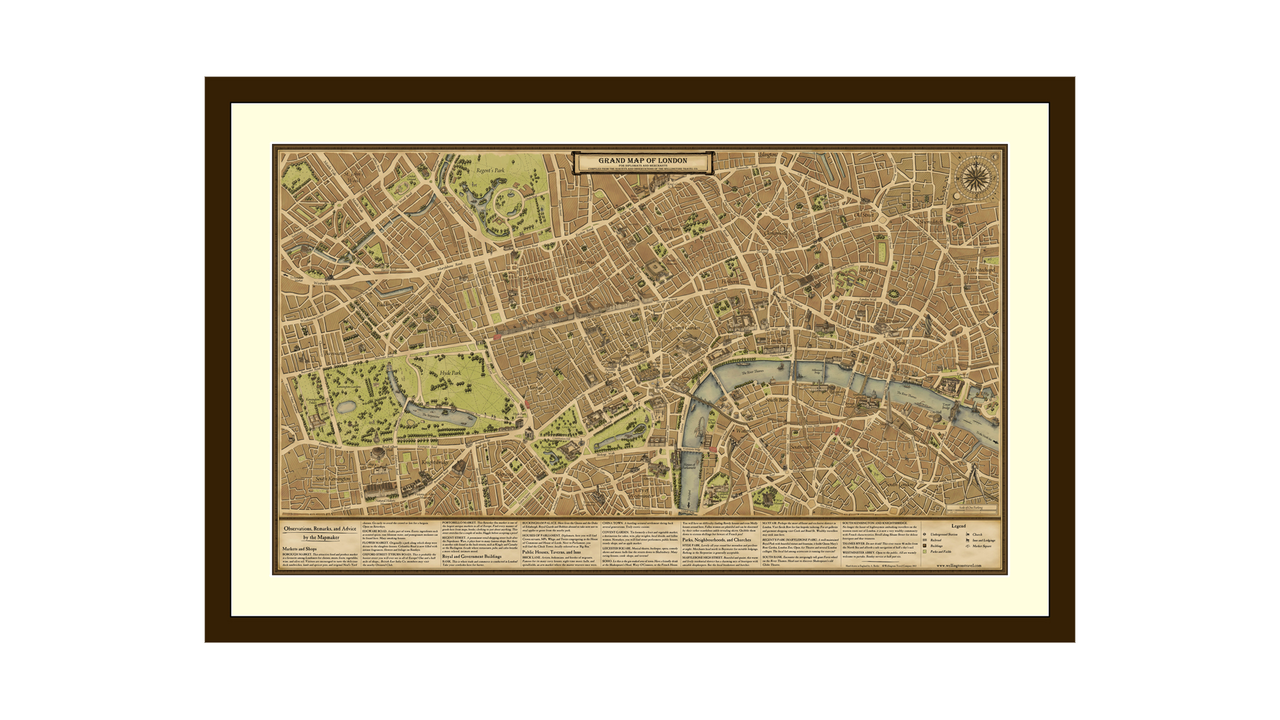 Wellingtons Travel is one of the only mapping companies crafting contemporary maps in this historic style, incorporating symbolic and traditional elements of maps used by explorers of past centuries. In 2008 they began to research remarkable maps from the 16th to 19th Century from legendary explorers and cartographers. This allowed them to take qualities and inspiration from city maps British cartographers of the early 1800 had created and apply it to their own work. One doesn't need to look far to see extreme detail and care put into the creation of Wellingtons Travel Grand Map of London.

This beautiful vintage 1800s style wall map took over three years to produce and accurately describes the capital city of London during the reign of Queen Elizabeth II showing major streets, markets, churches, great houses, neighbourhoods and public buildings. Hand-drawn in England by chief cartographer and artist Anna Butler, this rare map is one of the few contemporary maps still made in the historical style, incorporating symbolic and traditional elements of maps used by travellers and explorers of past centuries.

Extending from Kensington Palace Gardens to Tower of London, this map measures 170 x 100 cm and makes a strong statement in any home or office. Like the folded canvas maps of the 1800s, Wellingtons Travel Grand Map of London also contains a guide for travellers about local markets, churches, neighbourhoods, and lodgings.

In addition to being Olympic themed, it accurately describes newly developed horse carriage roads and buildings such as the Shard.