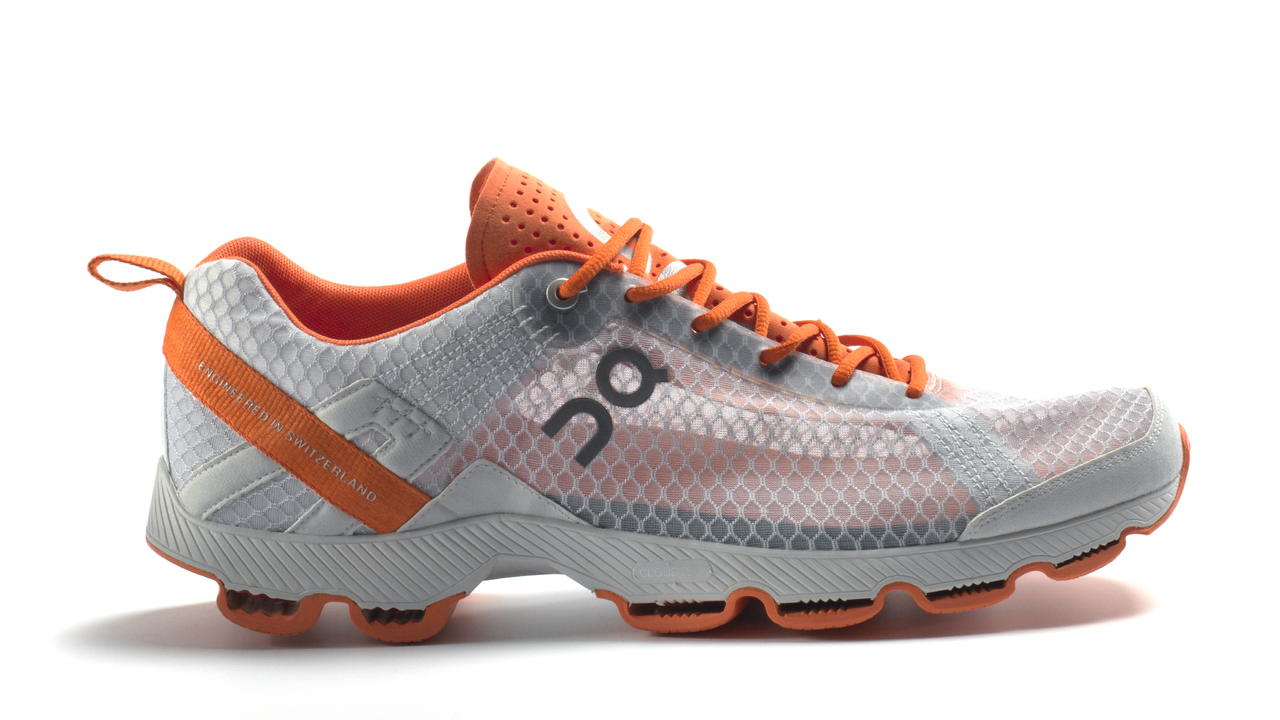 The human body has been made to run barefoot. Not on hard surfaces, though. That’s why On’s patented CloudTec system anticipates what human foot evolution has not yet achieved since streets were invented.

The Cloudracer’s adaptive sole has been optimized for competitive running and consists of 18 low-profile CloudTec elements. The shoe also performs in fast training runs. Its unique combination of light impact and explosive push-off creates an extremely efficient running gait that will provide a vital edge in the race to new personal bests.

The On sole features a number of three-dimensional elements or “Clouds” made of highly flexible tubular pieces of rubber. With this radically new design, the sole absorbs both vertical and horizontal forces to ensure a soft landing. Once the foot is on the ground, the Clouds lock firm, providing a solid foundation for a powerful push-off. The On shoe thus combines what conventional running shoes have so far failed to unite: a cushioned landing and a barefoot takeoff. It’s like stepping down on sand and pushing off on a running track!

On wearers experience a light and fast run and enjoy all the positives of natural running without any compromise in comfort and speed. The Clouds act like small stability balls, responding to every movement of the foot. Athletes and their coaches report increased muscle activation, reduced risk of injury and shortened recovery times.

Top athletes such as Caroline Steffen, David Dellow, Ben Allen, Paul Maticha Michieka and David Hauss have all improved their performance and won recent races wearing the Cloudracer. Save essential energy to win: according to an independent study by the Swiss Federal Institute of Technology (ETH), the CloudTec outsole empowers you to run with a lower heart rate and lower lactate levels compared to other leading running shoes.