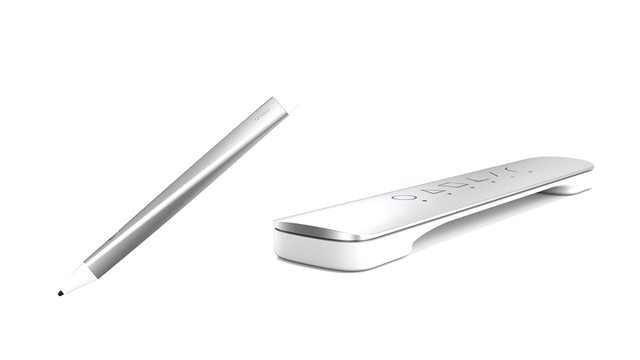 The Adobe 'Mighty' cloud pen and 'Napoleon' digital ruler were created to help designers and artists capture the analog feel of pen and paper on the tablet.

The Mighty pen is pressure sensitive, which helps it draw a natural and expressive line. It is also connected to the Creative Cloud through the software and a local Bluetooth LE connection. The pen was created with the help of Ammunition, the industrial design firm founded by Robert Brunner. They landed on a three-sided, twisted form that is inspired by the ergonomics of holding a pen.

Napoleon was created to complement Mighty. The digital ruler is designed to bring back some of the feeling of drawing with analog tools like the t-square and triangle. It creates a digitally projected edge that you can use to accurately draw shapes and lines. Other potential features include snapping to vanishing points.

Both products were unveiled at Adobe MAX, The Creativity Conference; however, they are still in the research and development stage.