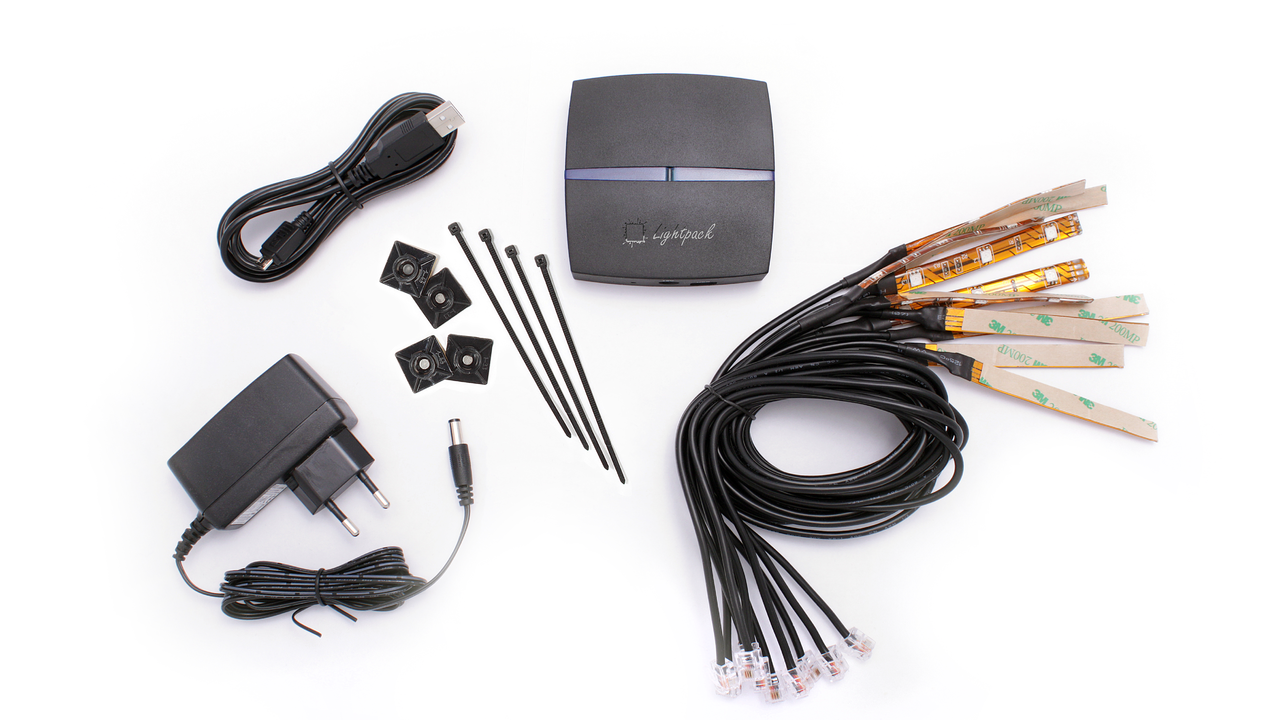 Lightpack is an open-source device, which lightens your computer or TV screen to strengthen the presence effect. The device needs to be mounted on the back of your TV or computer screen and connected to your PC, Mac or HTPC via USB. The software analyses what you currently have on the screen, be it a movie, a game, or anything else, and sends this information to the Lightpack device which in turn lightens the surface behind the screen with matching colours using the RGB-LEDs available within the Lightpack device. You can find basics about Lightpack working principles in their project wiki.

Lightpack can also level the intensity of light in your room by reducing the difference in lighting between dark and bright scenes or completely eliminating it (Prof. Dr. Ir. S.H.A. Begemann of TUe, Netherlands, scientific study for Philips). How It Works:
Lightpack takes an advantage of another feature of human vision: only a very small part of the retina (which is called “macula”) can actually distinguish all the smallest details of a picture, with the picture being fuzzy for the rest of the retina. In fact, the very small (0.2-0.4 mm) part of the macula (called “fovea”) and the farthest from the pupil can recognize the depth of field of a picture. This means that while watching TV you can only see in focus a very small part of the picture on the screen (its size depends on the distance between your eye and the screen). Your brain then works efficiently to combine this small focused part and the rest scene information into a coherent picture. Using the soft illumination of Lightpack which extends the actual picture on the screen, you see your 40-inch TV as if it were a 50-inch home theater.