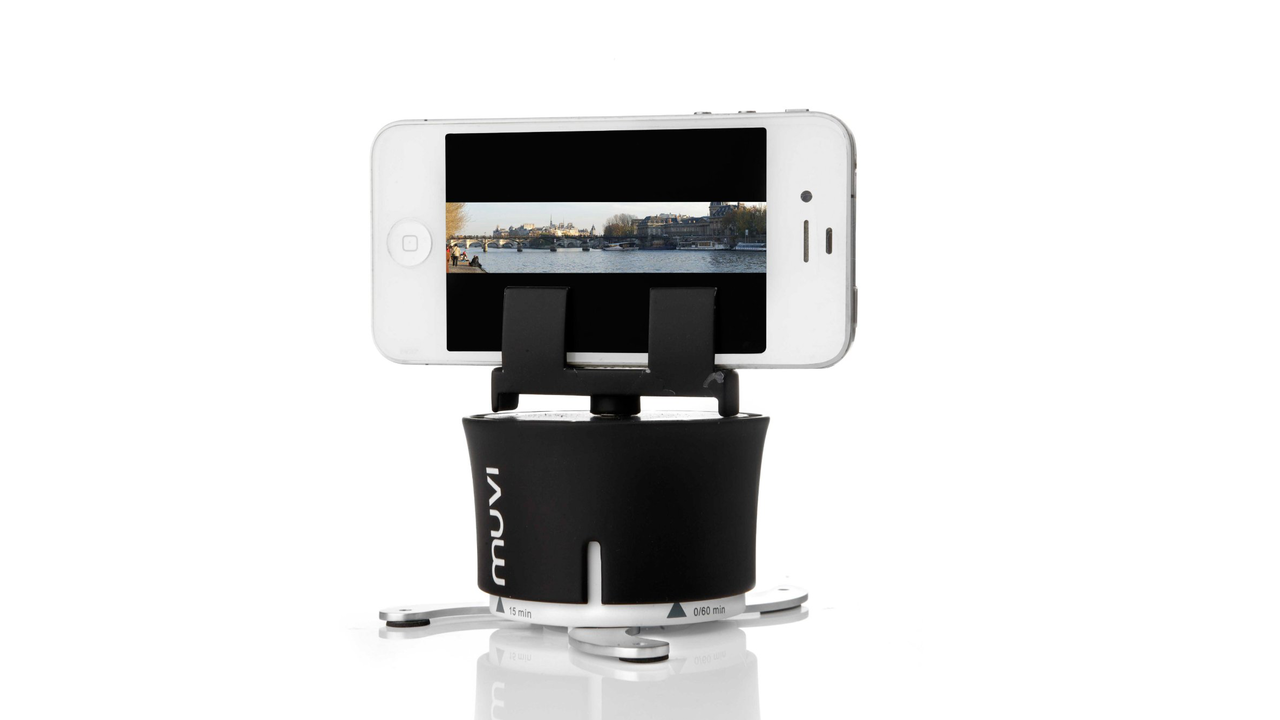 The MUVI X-Lapse is the must have accessory for every film maker who wants to add something different to their movie edits. The MUVI X-Lapse enables a film maker to take up to 360° degree sweeping time-lapse images that when edited together create an amazing movie effect. It has both male and female standard 1/4 -20 UNC tripod screw threads for both mounting cameras on and also for mounting the MUVI X-Lapse onto a tripod, perfect for lightweight action cameras with a continuous photo mode such as the MUVI HD or GoPro or standard cameras with a time-lapse feature up to a weight of 750 grams.

For cameras that are slightly top heavy the MUVI X-Lapse has integral fold out feet to support and distribute the weight. As well as using with camcorders/cameras the MUVI X-Lapse ships with a holder for iPhone/Smartphone and in conjunction with a multitude of smartphone apps enables even the most inexperienced user to make super cool sweeping time-lapse movies.

Another option for the most creative of photographers is creating panoramic super wide angle photos by using the MUVI X-Lapse to slowly sweep a panoramic view while the camera or smartphone takes intermittent shots. NB -The MUVI X-Lapse does not come with an app or software but these are readily available on app stores and the internet.