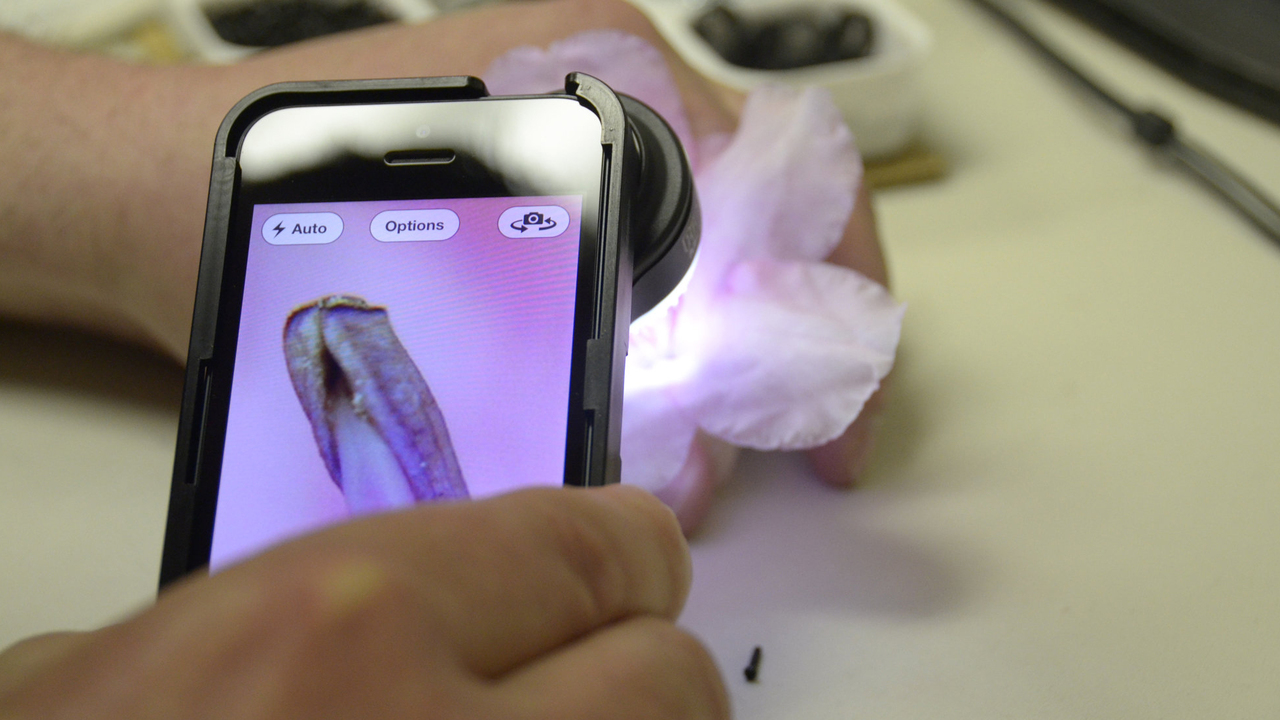 ProScope Micro Mobile: Professional Microscope for iPhone and the iPad

Bodelin Technologies claims it has released the first professional microscope attachment for the iPhone and iPad. Aimed at science students, crime scene investigators, dermatologists and more, The ProScope Micro Mobile has seen a demand that is unprecedented in the company's 10 years of manufacturing hand held microscopes.

"It's been the biggest hit we've ever had with a product out of the gate," said Clay Baker, Bodelin general manager. "We're having a hard time keeping up with orders, which is a good problem to have."

Bodelin's microscope is equipped with a ring of 12 LED lights to illuminate objects, as well as an 80 power magnification. It works through the camera app of an iPhone, iPad, iPad mini or iPod Touch, bringing a similar interface for users.

The company hopes to target schools with their microscope, combined with the iPad that Apple has already sold to many institutions. In addition to schools, Bodelin hopes that dermatologists could use the device to monitor certain conditions, or manufacturers could improve their quality control.

ProScopes have long been a staple on television, including the CSI franchise because of its actual use in thousands of law enforcement agencies worldwide. ProScopes have also been featured on Oprah, Regis and Kelly, Antiques Road Show and many feature films. ProScopes are also the most widely used digital microscopes in science education, medical and manufacturing quality control throughout the world.

"We've got a lot more to do with this device," Clay Baker said.

Features
● 20X to 80X magnification via Edmund pro level glass optics.
● Adjustable LEDs powered by an onboard Lithium Ion battery for 5 hours of continuous use.
● USB charging cable to recharge to full capacity in 2 hours.
● Built in desktop stand for hands free use.
● Made with impact resistant nylon and ABS for years of field operation.