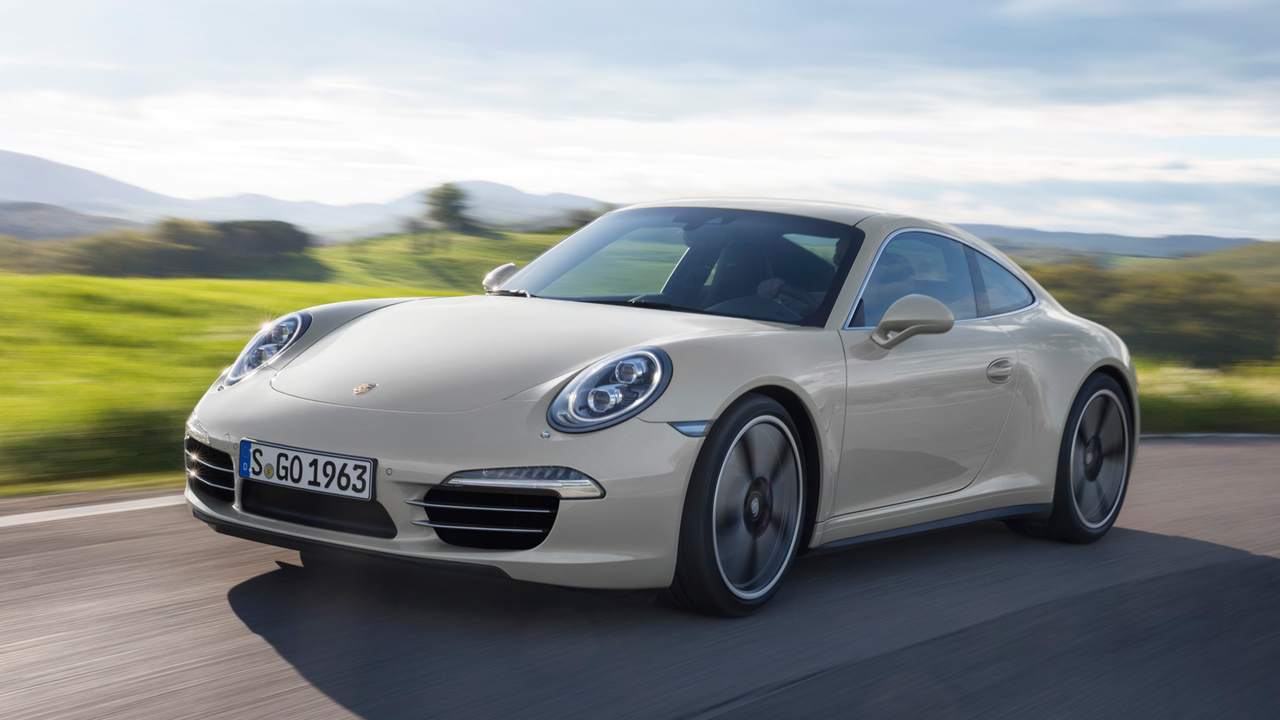 The Porsche 911 resolves apparent contradictions like no other sports car – such as between tradition and innovation or between exclusivity and high social acceptance, and of course between performance and efficiency. And so, Porsche is celebrating the 50th anniversary of the 911 at the International Motor Show (IAA) in Frankfurt with a special anniversary model based on the 911 Carrera S: like the original 911, the 911 50th Anniversary Edition is a coupé with a flat-six rear engine and rear wheel drive. Its efficient performance, active sport suspension – and special body have current relevancy: the anniversary 911 features the wide body, which is typically reserved for the all-wheel drive Carrera 4 models. This special edition will be limited to 1963 cars, a number that represents the year of the 911 world premiere.

For the US market, the 911 50th Anniversary Edition will be equipped as standard with a Powerkit, which increases engine performance to 430 hp and includes the Sport Chrono Package. The 911 50th Anniversary Edition sprints from zero to 60 mph in 4.2 seconds (3.8 with PDK) and can reach a top speed of 186 mph (185 with PDK). The limited edition models will be available at Porsche dealers this fall and will be priced from $124,100, not including a $950 destination charge.