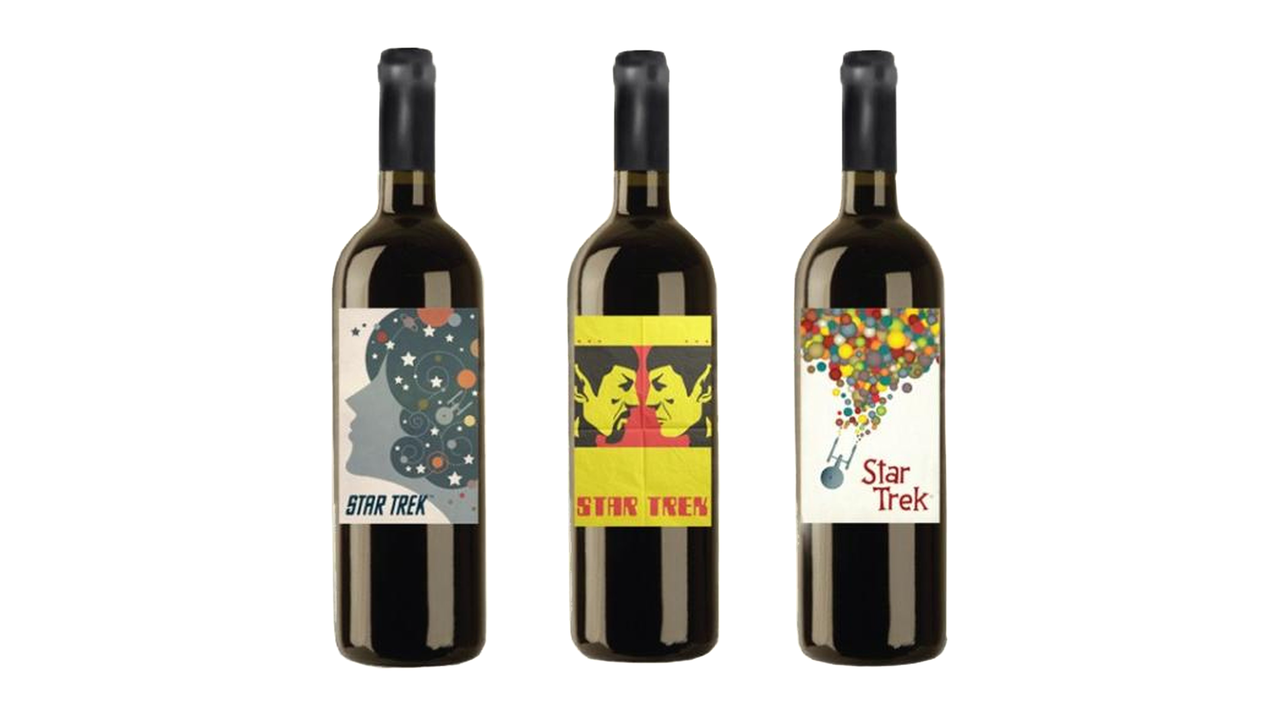 These first ever Star Trek wines are being released as a limited edition collection with limited production. Each wine commemorates one of Star Trek's most famous episode from The Original Series. Each of the labels has been designed by famous artist, Juan Ortiz. Commissioned by CBS, Juan Ortiz has created a collection of 80 original prints to commemorate each episode of The Original Series (including the unaired pilot episode).

Episode: The Trouble with Tribbles
One of the most beloved Star Trek episodes ever created, "The Trouble With Tribbles" first aired in December of 1967. While the Tribbles were quick to multiply, the wine will unforunately be quick to disappear.

Episode: Mirror Mirror
One of the most iconic and memorable Star Trek episodes ever created, "Mirror Mirror" first aired in October of 1967. Be careful not to travel through any ion storms, as your savage counterpart will surely try to steal your wine!

The wine used in this collection is produced from the award-winning Viansa Winery in Sonoma, California. It is a special blend of Merlot, Sangiovese, Cabernet Franc, Dolcetto, Tinta Cao, and Tempranillo. The blend comes together to create a medium-bodied, easy drinking red wine that is full of depth and character.