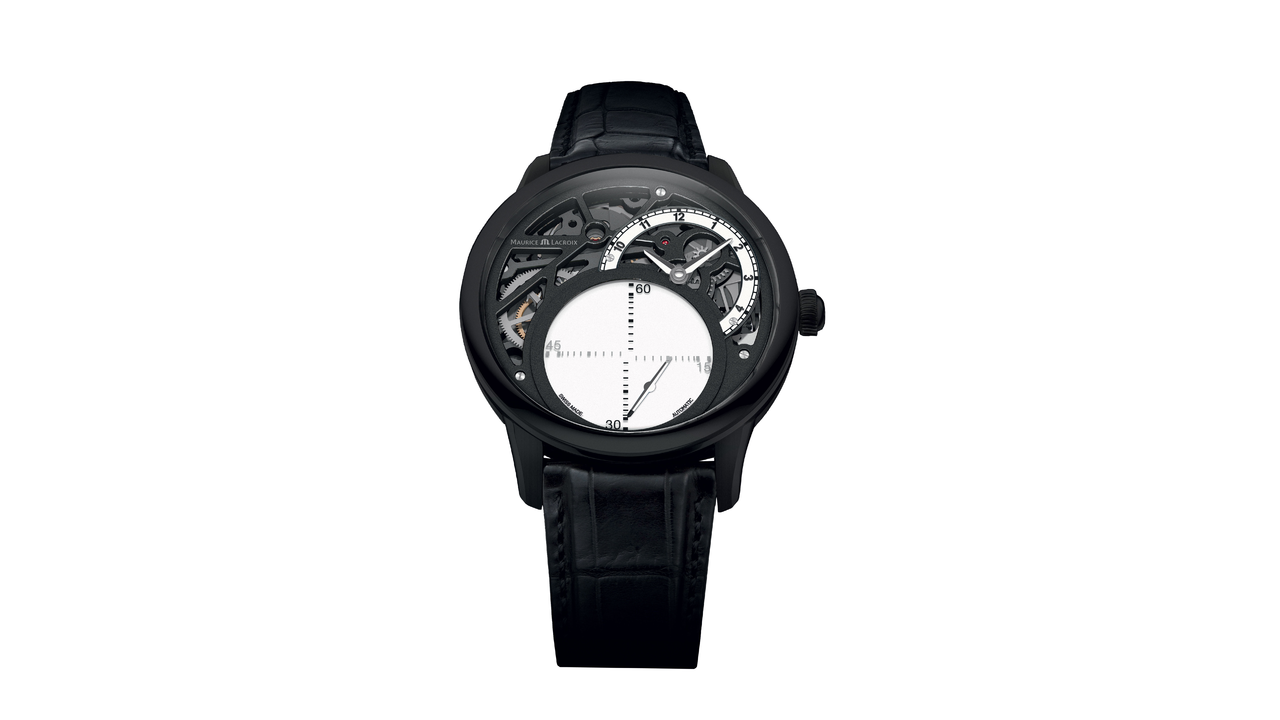 In 2010 Maurice Lacroix made a statement about his vision of time by launching the famous Roue Carrée model, which, following widespread public acclaim, has expanded into several different versions. Offering much more than just its esthetic appeal, this watch has marked out an innovative way of measuring the passage of time.

This year, continuing in the same rich vein of avant-garde creative freedom, the Swiss-based brand present its Masterpiece Seconde Mystérieuse watch. This marks a new first in the history of watchmaking. Awe-inspiring Captivating Unexpected This timepiece is aptly named: Mystérieuse (Mysterious) inspires and intrigues. Its certainly hard to take your eyes away from the gray disk dominating the skeletonized inner workings of the movement.

Numerous elements testify to Maurice Lacroix's supreme know-how, whether it be the impressive seconds indication and the skeletonization, or the off-centered hours that are one of the brand's trademark features. Yet the perplexing seconds indicator remains the most captivating of mysteries. Driven by the ML215 caliber – a new Maurice Lacroix Manufacture movement and the twelfth to be entirely developed in-house – the mysterious hand marks out a linear reading of the seconds, in alternating horizontal anf vertica 15-second cycles. The blued hand turning on its axis, as though in full levitation, produces the captivating optical illusion.

The mechanical mystery behind this impressive feat remains a unsolved. The hours are displayed at 2 o'clock and are also indicated by metallic blued hands, while the rest of the dial is skeletonized around the movement bridges, in a striking geometrical style that is very contemporary and available in two versions, coated in either rhodium or ruthenium. The self-winding ML215 mechanical movement is visible through the sapphire-crystal back of the 43 mm diameter steel case. Its finishing automatically places it in an exclusive category of timepieces offered only by the very finest workmanships.