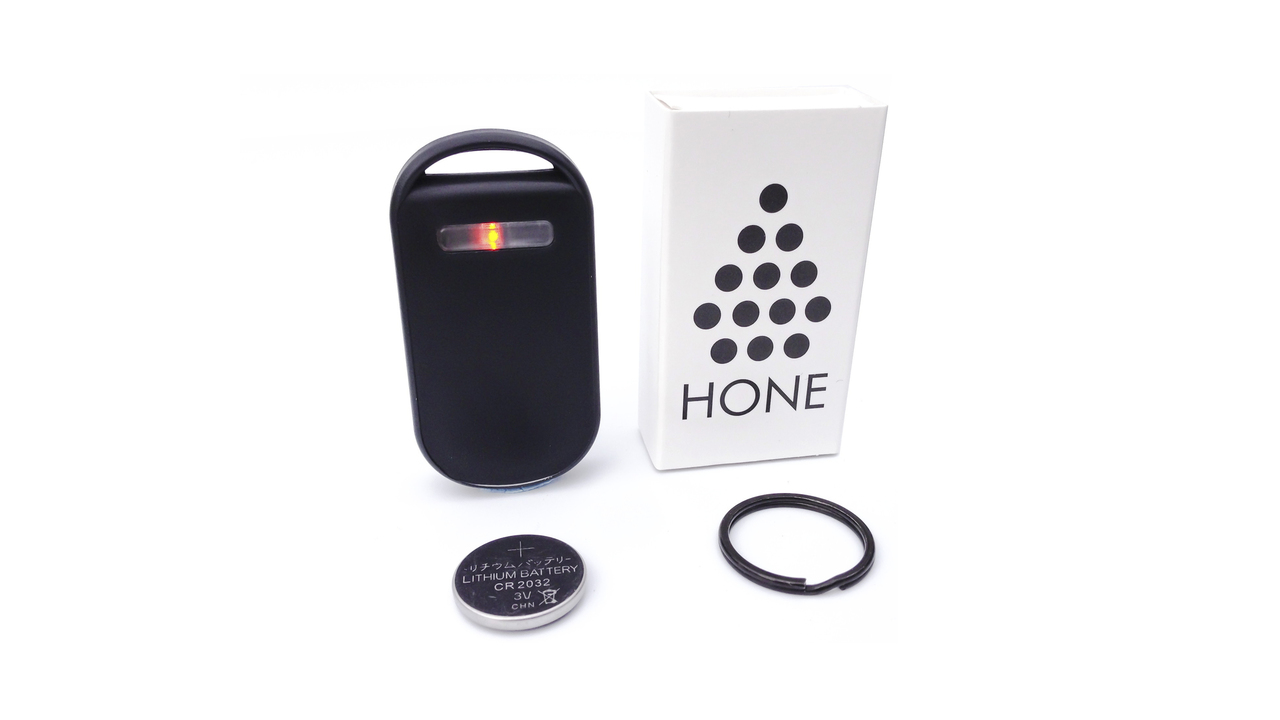 Never Lose Your Keys with Hone for iPhone and iPad

Always pat your pockets before you leave your house, but don't always have your keys? Hone can help. Keep Hone on your keychain, and when you misplace your keys use the Hone app to make it flash and beep from up to 100 feet away. Hone works with iPhone 4S, iPhone 5, iPad 3, iPad 4 and iPad mini. It weighs about half an ounce, lasts six months on a single CR2032 watch battery over average usage, measures 6x3x1cm and is assembled in the United States.

Hone is made by Louis Gerbarg and Geoff Litwack. They met as ten-year-olds at karate and sealed their friendship at the Nintendo Power World Championships (Louis made the semi-finals). Now they make hardware and software for mobile devices.

In January of 2012, Louis resolved to do something about his chronic inability to find his keys when he was walking out the door. So he hacked up an iPhone app and prototyped a circuit board with a Bluetooth low energy chip, which he then wrapped in duct tape and put on his keychain. From there, they improved the design and put up a Kickstarter project.