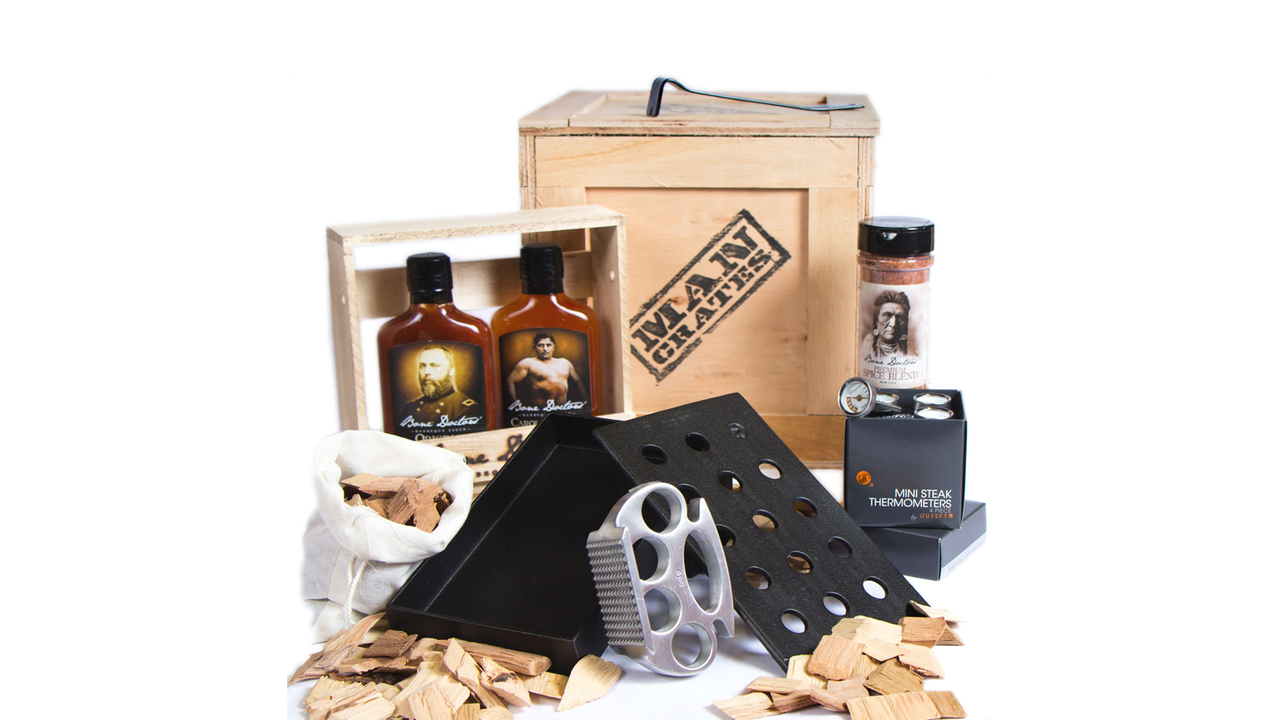 There’s a line that separates the amateurs from the professionals. It’s certainly in the training and the experience, but folks often forget about the importance of your equipment. Just like you can’t win a NASCAR Cup in your grocery-getter, can’t crush a golf ball into orbit without a high-end driver, and aren’t going to take a trophy buck without a zeroed-in tack-driver, your grilling game will never go next level without the right gear. You gotta have the right tools for the job.

Fortunately, you don’t need to shell out a mountain of cash to get the equipment you need to get you to grilling nirvana. Man Crates has complied some of the best accessories that every man needs to get that Grillionaire status.

The Grill Master Man Crate includes a cast-iron smoker box and some hickory wood chips to get you started. Set the smoker box on the grill as it warms up, soak the hickory in some water, and drop ‘em into the box as your meat grills. Take note, men: real flavor shouldn’t come from a bottled labeled “liquid smoke.”

They also threw in a set of four steak thermometers, too. You may say, “hey, Team Man Crates, isn’t that cheating?” And we say, “nay.” There’s no dishonor in knowing how done your steak is. And when you cut into a perfectly-cooked slab of beef, you too shall understand that G.I. Joe wasn’t kidding when he said that Knowing Is Half the Battle.

And because “the right tool for every job” means that sometimes you’ll require some brute force, they've included a brass-knuckle meat tenderizer. Nothing blows off the steam from a long, hard day at work like beating your meat into submission.

Man Crates searches tirelessly, every day, to find the best-in-class goods to put in their crates. Hundreds of sauces came and went, the grills burned for weeks, until finally a victor emerged. An unexpected dark horse, a little-known operation out of Virginia became the Cindarella story of the Man Crates grilling taste-off. Proudly presenting Bone Doctors' BBQ sauces- three masterpiece sauces and a brilliant spice blend.

So fire up the grill, and call your agent: after all, you’re about to go pro.