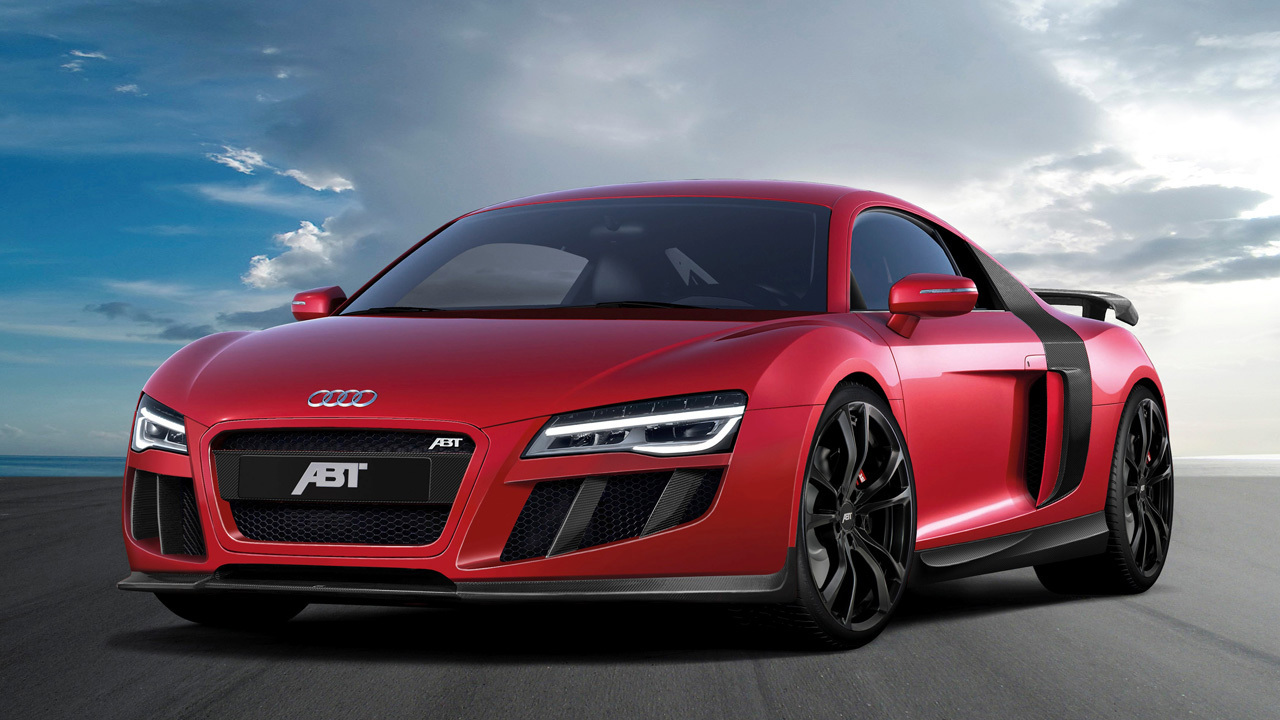 It is the first Audi mid-engine sports car that has found its way from the race track to the road, as it were. And for ABT Sportsline this dream car also is a real success. The globally leading tuner of cars produced by the Volkswagen Group uses ABT POWER and extravagant and stylish elements to underscore the normal Audi R8 portfolio's dynamism and sportiness in a consistent fashion (The ABT R8 GTR as a special edition is the tuned top model).

The ABT R8 V10 is an extreme athlete with a lot of motor sport experience. The 5.2 FSI engine (serial 525 hp / 386 kW) has been "ABT POWERed" and now shows 600 PS / 441 kW; torque now being 550 Nm. It only takes 3.5 seconds to go from naught to 100 kph, and it goes without saying that a top speed of 320 kph is no problem at all. To make the super sportsman roadworthy, the uprating is complemented by ABT suspension springs that make for an adequate lowering and an even better road behaviour. For the V8 version, ABT also has coilovers. The Bavarian specialists see to a perfect roadholding, even at the limit.

"The athletic sportiness cannot only be felt: this power and dynamism are also reflected in the car's looks," says Hans-Jürgen Abt, the Bavarian tuning company's CEO. ABT Sportsline has developed style elements for the R8 that are mostly made of clearly visible carbon. Weight reduction was as important here as was a striking appearance. Front skirt and grille make the two-seater's front appear even more energetic. The also specially developed side skirts underscore the car' sporty character and at the rear end a wing and rear skirt leave the right impression. This is a successful interplay that also makes for an ideal weight reduction. This R8 has a weight-optimised exhaust system made of stainless steel. And finally it's the sport-type wheels in 9 and 11 x 19 inches made by ABT Sportsline with tires in 235/35 and 305/30 R19 that "make the world go round": these wheels are perfect, whether it's the CR or the brand new, forged and very light-weight ER-F.

The ABT R8 is consistently sporty and powerful, assertive and superior, down to the last detail. That's how winners look... and drive, and that's what ABT Sportsline, the traditional tuning company, stands for.