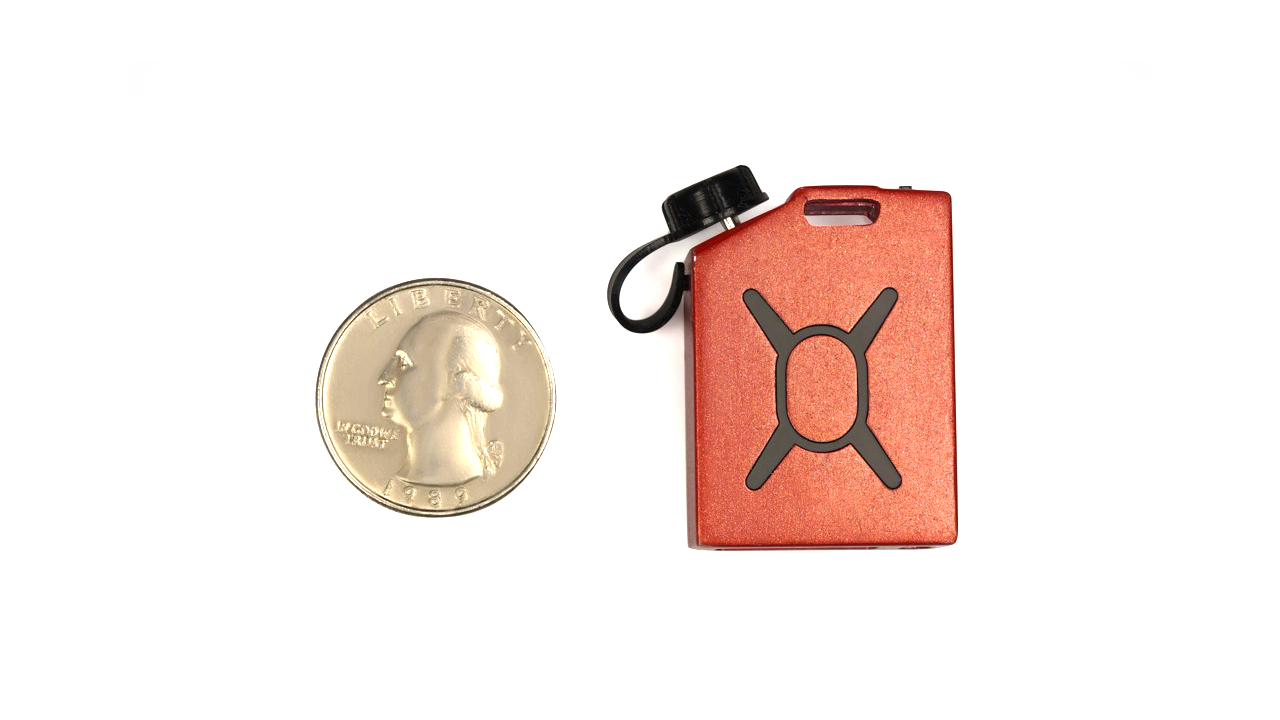 The Devotec Fuel Micro Charger is the smallest emergency phone charger, and its 220 milliAmp hour battery is designed to give you around 20 - 30 minutes extra talk time, or up to a few hours more standby, depending on how you use your cell phone. Perfect for when you have had an unexpected delay, or haven't been able to fully charge your phone, and you need to make a few calls, send a work email or use your GPS and maps function to find your way home.

The Devotec Fuel Micro Charger is an emergency back-up solution. The Micro Charger is fully rechargeable, and is able to keep it’s charge for at least 1 month before needing to be recharged.

Charge up the Fuel Micro Charger from the supplied cable or any AC micro-usb wall plug. Then just put it in your pocket, on your key chain or in your car and forget about it. To Use: Turn the power switch on and plug into your phone, the same as you would your charger. Your phone will start to recharge straight away.

Battery
The majority of the space inside the Fuel Micro Charger is taken up by an energy dense lithium-ion rechargeable battery. This battery is a 5C battery, rated at 220 milliamp hours. This should provide around 20–30 minutes extra talk time, or a few hours on standby, although that is dependent on what type of phone you have and how you use it.

Battery safety
The battery itself has an integrated PCM and there is a battery management IC on the PCB, so the fuel micro charger is extra safe.

PCB
The PCB itself is very small, using specially sourced low-profile components, to keep its volume down to an absolute minimum, allowing more space for a bigger battery inside the Fuel Micro Charger. However, it is a fully functioning PCB, with regulated inputs and outputs by micro-usb.

The Flex-PCB also was used, which is even smaller than a regular PCB to connect the micro-usb male to the main board, again to cut down on internal space, so there is more room for the biggest battery available.

LEDs and Switch
On the outside of the case, you will see three LEDs. These help tell you if the Fuel is turned on, fully charged, or charging. Each of the Three LEDs will Light up to tell you different information about your Micro Charger:

There is a switch to turn the Fuel Micro Charger on and off, keeping the battery from needlessly discharging when not in use.

Micro-USB
Micro-USB is the standard charging connector for all phones apart from iPhone. Specially sourced low profile components were used, which while being the smallest on the market, are also certified to work with any existing micro-usb connector- so you can charge almost any Android, Samsung, LG, Sony, Motorola, Nokia or Blackberry phone.