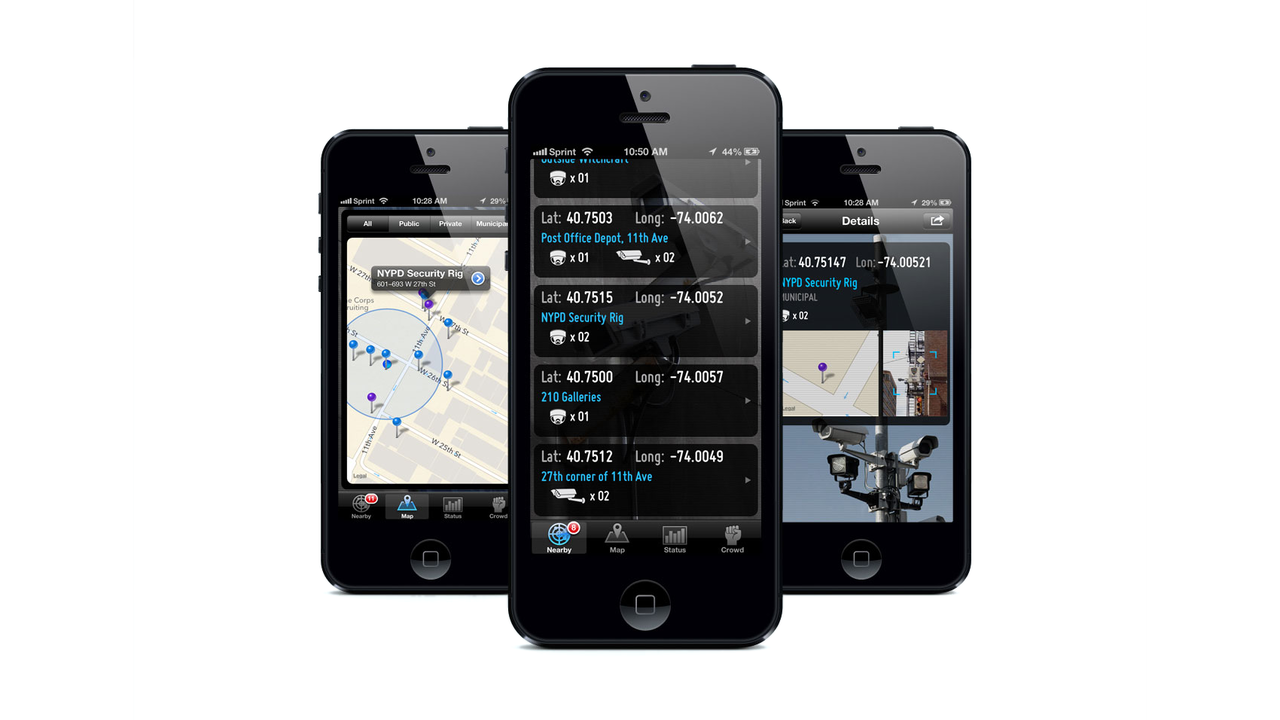 Map Locations and Details of Public Surveillance Cameras with Surv

As the security vs privacy debate rages on a new mobile app launches that allows the crowd to map the locations and details of public surveillance cameras in any city around the world. The app then reports all nearby cameras within a 100 meter radius of your iPhone.

So far red light, speeding, license plate reading, infrared and facial recognition cameras have been mapped in New York one of Surv's test cities. Several hundred private security cameras as well as cameras that are part of the NYPD and Microsoft smart grid have also been added.

Surv's founders Kaza Razat and Khalid Mills see a future where people can locate and communicate with private smart cameras via the app and pay for access to the results of algorithms applied to the massive amounts of recorded footage.

"Imagine a parent using the app to identify cameras that can help locate a lost child. This is technology that can change people's lives" explains Razat

Described as "Waze" for surveillance cameras Surv is already approved for release on the Apple App store for iPhones running iOS 6 but is still in private beta testing and is seeking crowd funding via an Indiegogo campaign to cover legal expenses and finalize the app before its release to the international public.

Organizations including the FBI and ACLU have tried to create databases of surveillance camera deployments in the past. However none of them utilized mobile devices or leveraged the crowd for their data. Mills notes that everyone from privacy watchdogs and security advocates to law enforcement, real estate businesses and concerned parents could benefit from the app.

Surv will be free to download in all markets. Backers to their Kickstarter campaign will receive almost immediate access to the closed beta if the funding goals are reached.