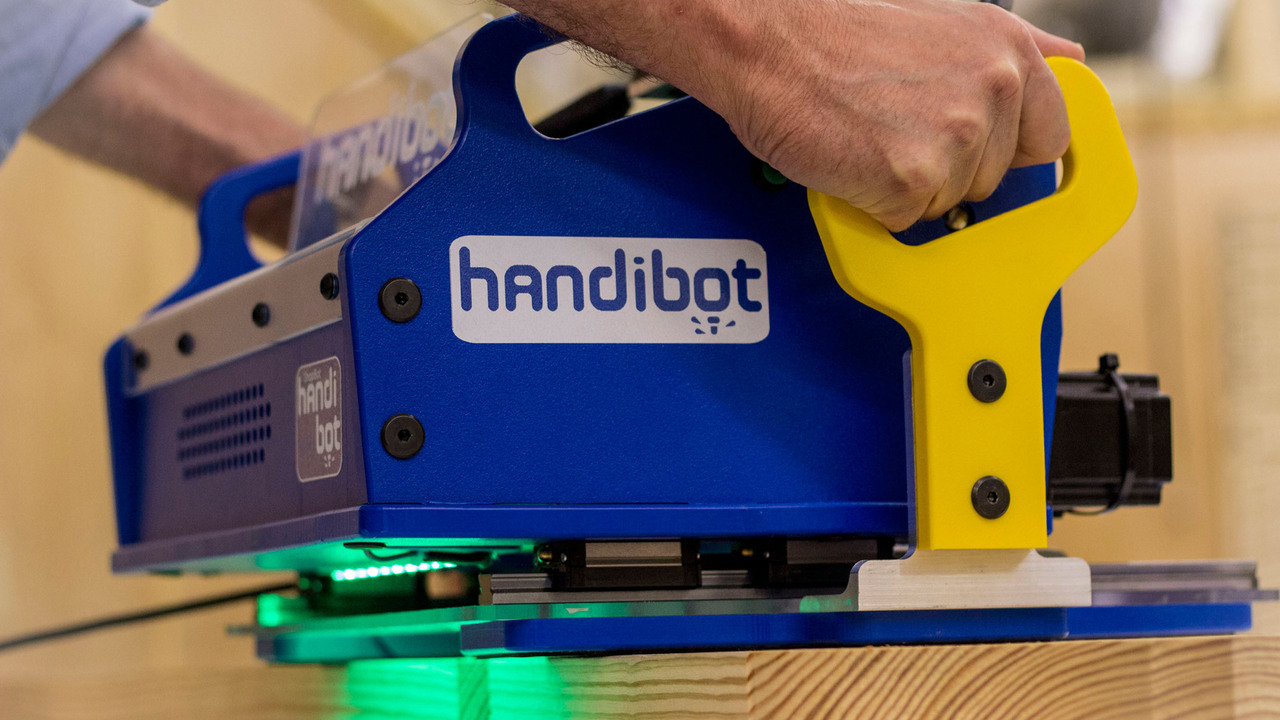 ShopBot Tools has launched a Kickstarter crowdfunding campaign to support the development and distribution of its latest hardware innovation, the Handibot smart power tool. This 30-day campaign hopes to raise $125,000, and one of the main rewards for contributors is to get a first-run Handibot Smart Digital Power Tool six weeks after the close of the campaign.

The Handibot Smart Power Tool won an Editor's Choice award in May when it was introduced at MAKE Magazine's Hardware Innovation Workshop. It is a portable robotic power tool designed to enhance creativity and productivity at construction and remodeling jobsites, in rapid prototyping, and in countless DIY projects. The Handibot tool features an App-Driven, one-button "Start;" it can be run from a smartphone or tablet, as well as from PC's. If you've heard of 3D printers, then think of the Handibot as a '3D Cutter' -- you can use the Handibot to cut, drill, and carve in wood, plastic, and aluminum with computer-controlled precision.

ShopBot President Ted Hall explained, "The Handibot tool delivers precision cutting, drilling, machining, and carving. That's because full-up CNC (computer-numerically-controlled) technology is operating 'behind the scenes.' The Handibot tool features uncompromised components for open development and expansion of functionality (6-axis control, I/O, power, configurability)." ShopBot developer David Bryan emphasized, "CNC tools are not usually thought of as job-site friendly. With traditional industrial CNC, you have to take your material to the CNC tool. With the Handibot, you can bring the tool to the material, wherever you need to work."

The Kickstarter campaign will fund an initial production run of Handibot power tools by ShopBot, and also enable development of a web-based eco-system where anyone with ideas for apps can collaborate with app developers in an open source software and hardware environment. "One company can't possibly come up with all the interesting job apps that can be put to work with a Handibot tool," Ted Hall explains. "So we look to the crowd to think of apps for the tool and work together in developing them."