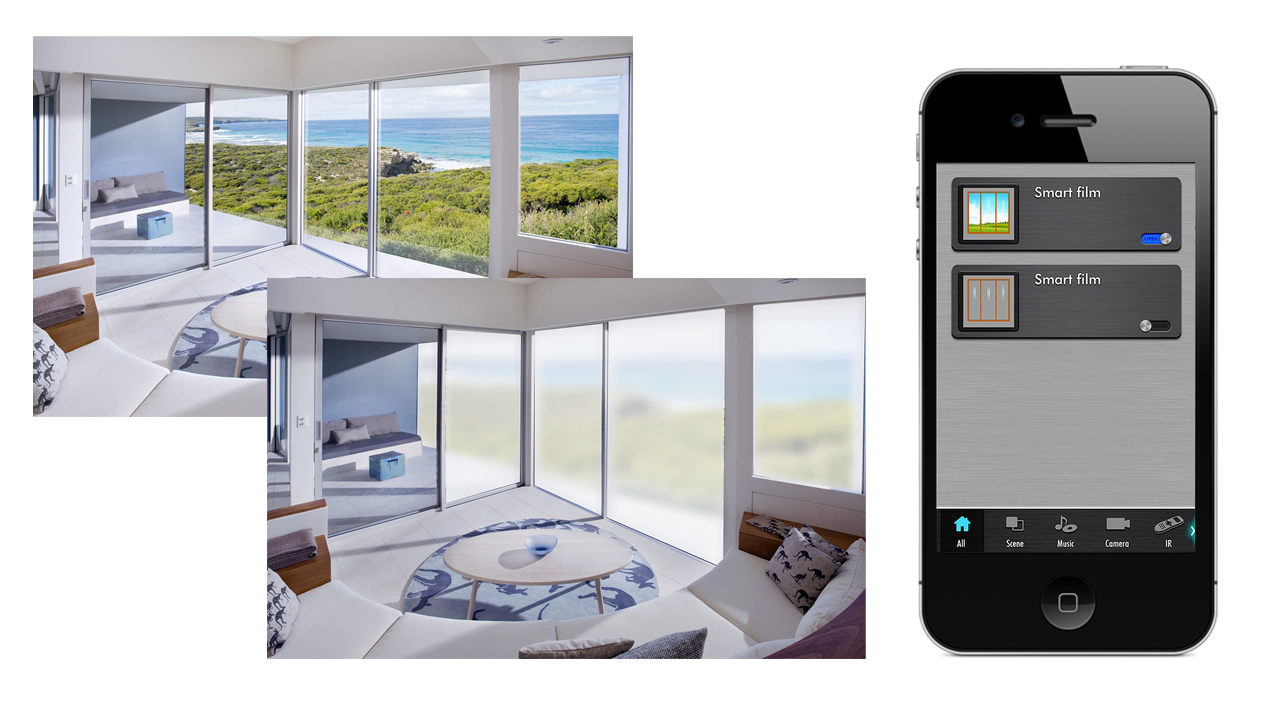 SONTE, creator of a Wi-Fi enabled digital shade, has reached its $200,000 Kickstarter funding goal. The successful funding of the campaign guarantees that backers of the project will receive rewards they support throughout the pledge period. SONTE will ship the digital film to Kickstarter supporters beginning in August and plans for SONTE Film to be available to customers for immediate purchase in late Fall 2013.

SONTE received instant support from the Kickstarter community of early tech adopters raising more than $75,000 in its first week. “We were so impressed by the support we received from the very beginning,” said Bernard Kwan, CEO and Co-founder of SONTE. “It was clear that digital shades were an obvious piece of the connected home puzzle that had been missing until SONTE Film.”

Part of SONTE Film’s allure is its ability to be cut to any shape or size, solving problems such odd-shaped or small windows that are difficult to outfit with traditional curtains and blinds. The customizable film pairs with a free smartphone app that allows users to turn SONTE Film “on” for see-through windows and “off” for opaque windows. Users can also use the app to control a room’s privacy and lighting remotely for last-minute energy savings. The customizable digital shade doubles as a projection screen when in the opaque mode and features an easy installation which process.

Recently, SONTE also announced the availability of SONTE Film Vivid, a line of colored SONTE Film to complement your existing décor. In its natural, “off” mode, Vivid will display a soft color to accent any room’s style. Initially, Vivid will come in red. SONTE has also developed SONTE Film Black, a line of dark colored SONTE Film for those who want to block out more light. The first round of SONTE Film Black will be available in classic black. Both of these new products are now available at a special “give it a try” size when backers pledge $99 to the Kickstarter campaign.

“When we started this project, we set out to revolutionize the windows and curtains industry to make digital shade technology affordable and easy to use for all,” said Kwan. “Thanks to all the support we’ve received, we will be able to make SONTE Film a reality even sooner.”