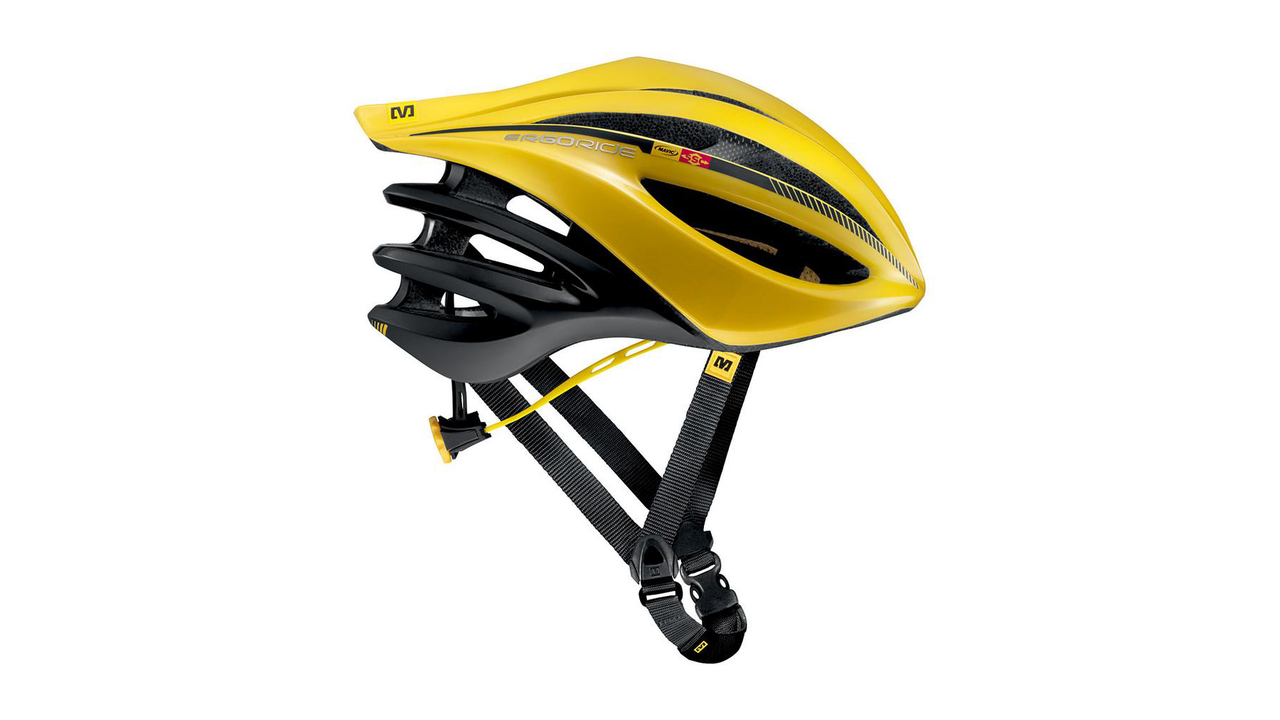 Manufacture d'Articles Vélocipédiques Idoux et Chanel (Mavic) has specialized in wheels and rims for decades. However, Mavic has also had its paws in everything cycling, even developing the first electronic drivetrain -- Mavic has even branched out into manufactured ski edges. Most recently, though, Mavic has turned its engineering talent to apparel and protection, giving us the peloton-ready, Plasma SLR Helmet. In fact, this well-made helmet has every promise of becoming as ubiquitous as the Mavic wheels themselves. First and foremost, Mavic have taken a hard look at how it can create helmets with a supreme fit, a light weight, and strong ventilation, while remaining extremely safe at the same time.

First, Mavic looked at optimizing the actual shape of the helmet. It conducted cranial mapping tests as to ensure that its helmet shapes closely match typical head shapes. This involved identifying and accounting for all of head's natural pressure points and contours. Accordingly, the interior shape of the helmet consequently flows along with the curves of the skull. And while the helmets are designed around the average shape, Mavic knew that no two heads are the same. So, Mavic developed what it calls its Ergo Hold System. Basically, this system allows for as much as six centimeters of one-handed size adjustment.

For the final touches on fit perfection, as well as excellent moisture management, Mavic has included its Ergo Fit Pro Pad with X-Static. It might not seem like much when you look at it, but the Ergo Fit Pro Pad is a low density, open cell foam that wicks moisture away from the skin for a rapid evaporation. Featured in the material are the anti-stink, X-Static fibers. Although it was developed for industrial and medical products, it didn't take long for commercial manufacturers to see how well it would work in athletic equipment. As a fiber with a layer of 99.