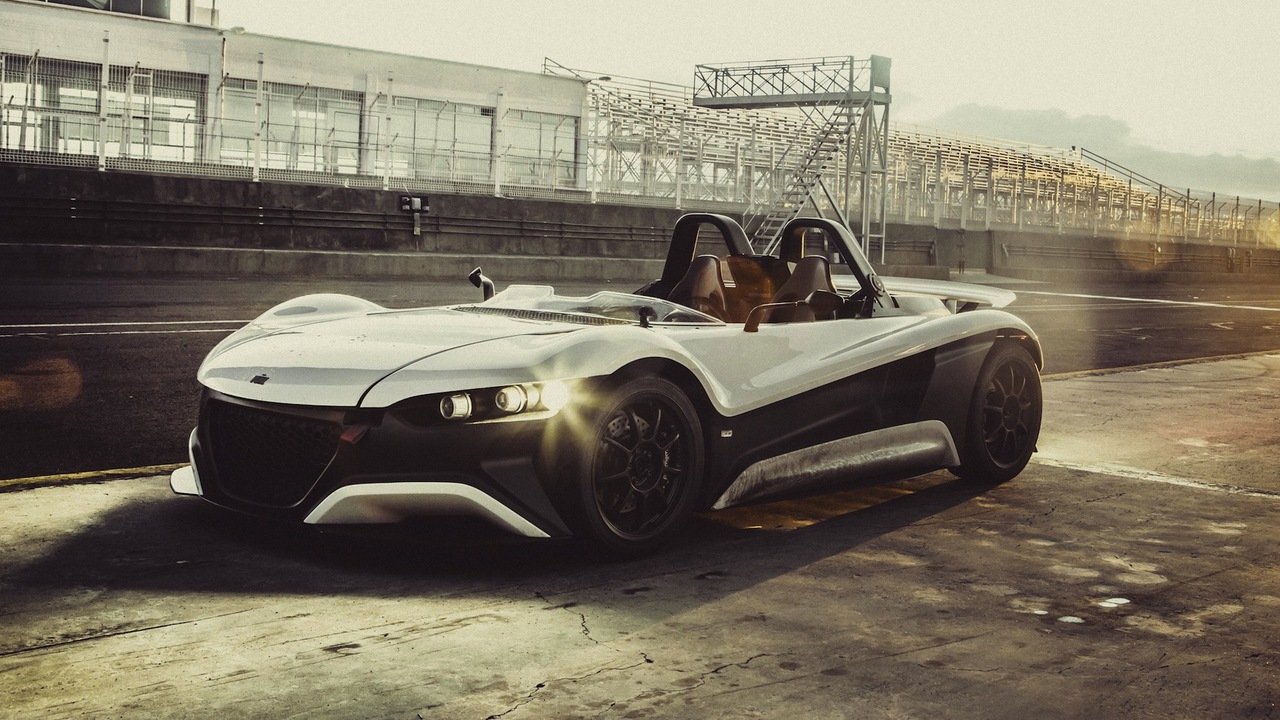 Guillermo Echeverria senior, the father of its designers Guillermo and Iker Echeverria, was a professional driver who built and successfully raced his own cars for 30 years. The sons inherited his passion and knowledge and added qualifications in transportation design. Guillermo Junior has direct experience of the performance car industry, while Iker won the Mexican QUORUM Industrial Design Award in 2007 when still a student - he was not only up against fellow scholars but senior designers, agencies and universities.

The brothers subsequently formed their own Mexico City/Detroit-based design agency, ETXE, which having worked on projects for numerous global brands then penned the 05 – a lightweight supercar for road and track in the vein of the BAC Mono, Ariel Atom, KTM X-Bow etc.

Said Iker: "Our background means the VŪHL 05 has been developed by enthusiasts for enthusiasts. We were determined to create a highly intuitive machine that was both stirringly fast and immense fun to drive – a car we ourselves would want to own. We have endeavoured to endow it with class-leading ergonomics and a contemporary silhouette of striking proportions, and the aim of uncompromising build quality has underpinned the project since day one."

Chassis/body
The 05's monocoque weighs in at a mere 78kg, while the dry weight of the entire car is a very competitive 695kg. The chassis comprises a three-section bonded tub constructed from aluminium extrusions and aluminium honeycomb - aerospace technology that endows the 05 with a remarkably high level of torsional rigidity for optimum handling. Bolted direct to the passenger cell is a chrome-moly steel subframe housing the engine and rear suspension. A three-stage forward crash structure and double layer sidewalls provide a matchless level of protection for the occupants. The standard body is made from RTM reinforced plastic, but carbonfibre is an option. The aero features include a flat underbody, front and lateral splitters, rear diffuser and rear spoiler.

Engine/performance
Power comes from a 2-litre version of Ford's award-winning DOHC turbocharged EcoBoost engine, the output of which is 285bhp and 420Nm of torque, giving a power to weight ratio of 400bhp per tonne. This results in a 0-100kph time of 3.7 seconds and a top speed of 245kph.

Transmission/steering
The engine drives through a six-speed manual gearbox. Steering is by a high ratio rack and pinion system.

Suspension/brakes
The suspension is by unequal length double wishbones front and rear. Braking is by four-pot alloy callipers all-round, operating on 310mm ventilated cross-drilled discs at the front and 280mm units at the rear.