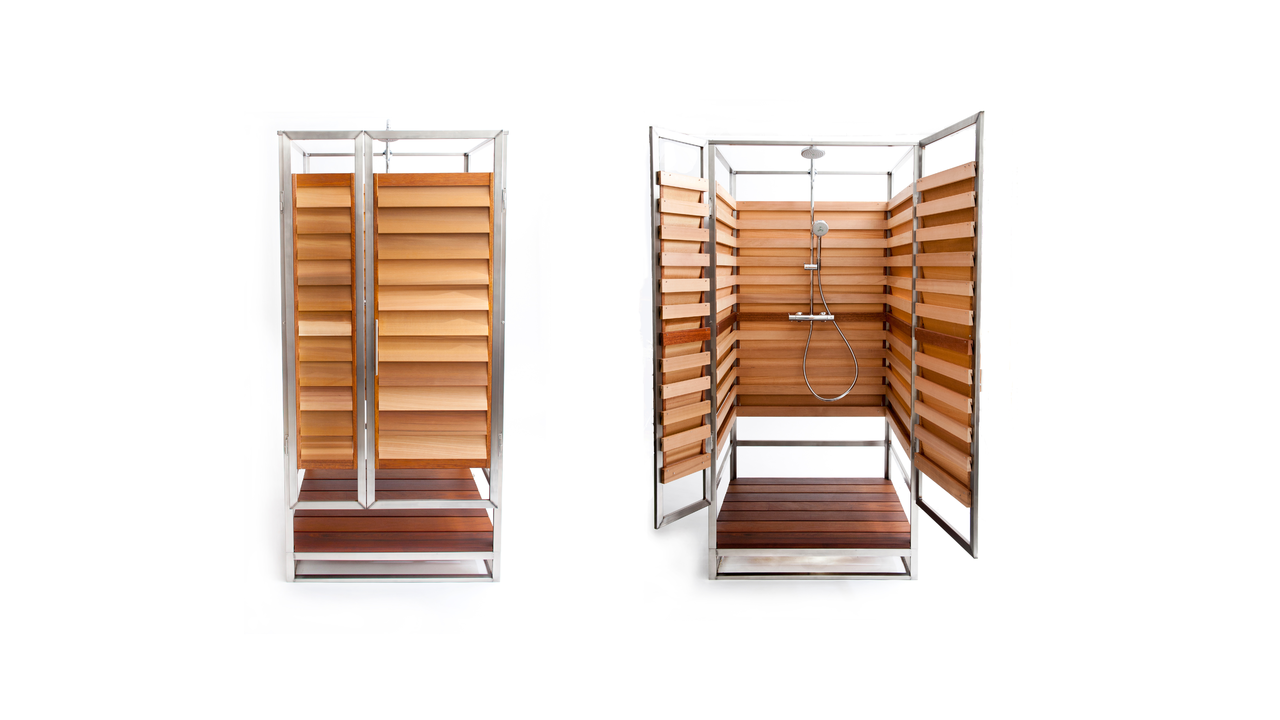 Oborain, maker of one of the first modern pre-fab outdoor showers has just launched the Cove. Unlike the company’s original design, the Fjord, this piece comprises of Cedar clapboard, inspired by the traditional beach houses found up and down the Eastern seaboard. As with the rest of the collection, the Cove shower is hand-crafted in Massachusetts. It is available in a number of sizing options, incorporates the highest quality stainless steel frames, an Ipê or Ash shower deck and is offered with either a Hansgrohe Croma Green shower pipe or Axor Citterio Thermostatic shower pipe.

Going Green
Since its launch last year, Oborain has shown a desire and commitment to using sustainable materials as much as possible. With that, in addition to the standard Dark Red Meranti, they are now offering the Fjord with bamboo cladding and sustainably harvested American Ash shower decking for a more eco-friendly shower package. In addition, the company is introducing the Obostone decking tiles, created with scarp pieces from the making of the showers. The tiles can be used to create a path to the outdoor shower, or arranged block formation in front of the shower to create a deck. They can even be used as a tray for glasses and a pitcher.

Functionality First
Oborain works tirelessly to improve upon the functionality of their designs. While the drainage pan is not the sexiest part of the shower, it’s certainly a very important one. The new Drainage Pan solves the drainage question by allowing the installer to direct the shower run-off wherever you like - into a drainage pipe, downspout, gully, garden, or storage tank. The pan drops into the base frame and sits on tabs directly below the shower deck, is not visible from eye level, and attaches to a garden hose to direct the run-off wherever one would like.

The outdoor shower is a familiar and beloved fixture of beach houses and vacation rentals. Oborain, which was launched in 2012 by Kirsten Oxboel and Jim Lobley, aims to bring the joy of showering in nature to a much broader spectrum of environments.