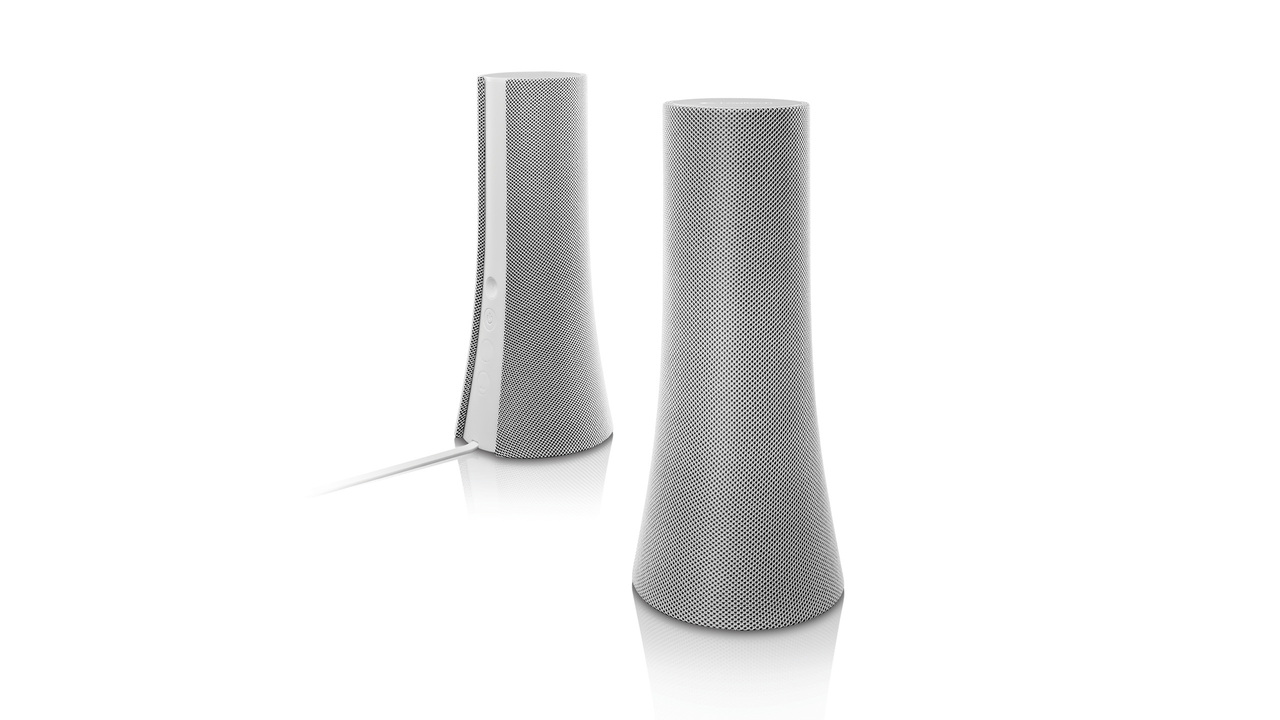 The Logitech Bluetooth Speakers Z600 are an elegantly designed pair of wireless stereo speakers that complement the sleek good looks of Mac and Ultrabook computers. With these speakers you can effortlessly stream music and other audio from your computer, smartphone or tablet. Three devices can be active at the same time, and switching among them is as simple as pressing pause on one and play on another.

The controls on the Logitech Bluetooth Speakers Z600 are another integral component of the clean design. The entire top panel of the right speaker is a smooth, responsive touch disc. To dial the volume up or down, simply glide a finger around the edge. The other controls – power, Bluetooth pairing and 3.5 mm input – are hidden discreetly in the back. And because every detail is important, even the power cord has been carefully considered. Specially designed, lay-flat cables run between the speakers and the power adapter, so there’s never an unsightly tangle of wires on your desk, table or countertop.

A USB Bluetooth transceiver is included with the Logitech Bluetooth Speakers Z600 to ensure the best wireless experience with computers. Connecting through native Bluetooth may be possible, but some computers may not permit audio streaming or smooth device switching. The included USB Bluetooth transceiver also allows you to connect wirelessly to computers that don’t support Bluetooth. In addition, you can connect the speakers to any device with an audio output using the 3.5mm auxiliary input.