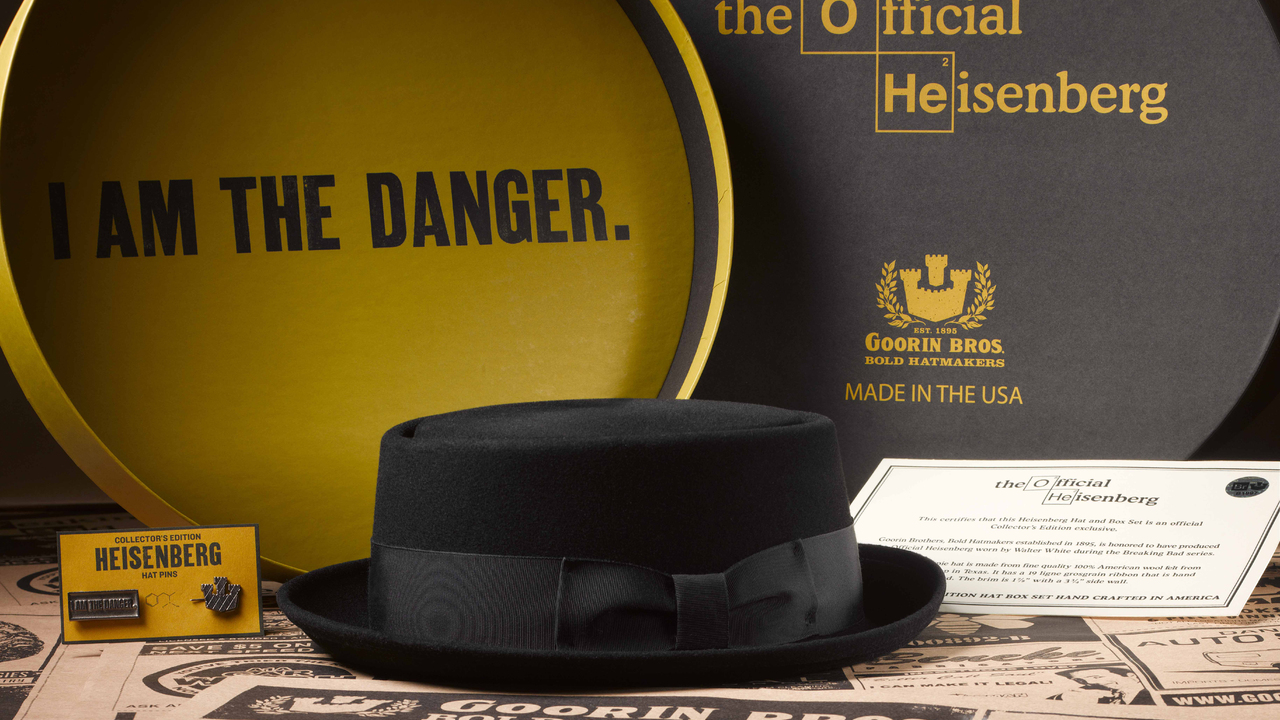 A renowned hat brand established in 1895, Goorin Bros. was tapped to produce the original porkpie hat design worn by Breaking Bad’s main protagonist, Walter White, also known as Heisenberg. Popularized by the show, the Heisenberg hat will now be offered as an exclusive release from Goorin Bros. An official launch party kicked off a very limited release of the hat and box set. Set during the Comic-Con convention, the event took place July 20th at the hatmaker’s San Diego Gaslamp location, featuring an exclusive in-store autograph signing with series creator Vince Gilligan and actor RJ Mitte.

“We are honored to have produced the official Heisenberg worn by Walter White and to be associated with such a groundbreaking series as Breaking Bad,” said Ben Goorin, President of Goorin Bros. “It is an exciting opportunity to contribute our craftsmanship in collaboration with -SONY to avail Walter White’s signature style to series fans and hat aficionados alike.”

In honor of the year the brand was established, 1,895 limited edition official Heisenberg hat and box sets will be made, with a nationwide roll-out beginning at goorin.com followed by individual releases at Goorin Bros. hat shops. The release dates will be announced on goorin.com/breakingbad.