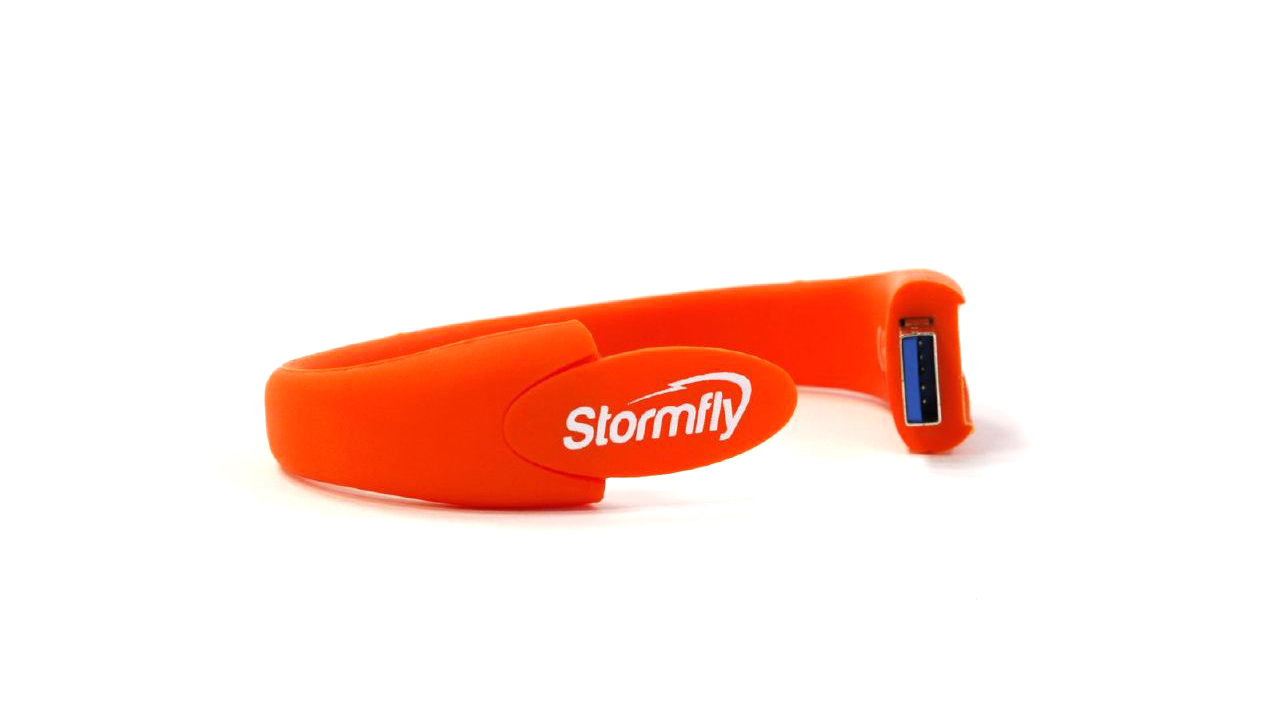 Wear Your Operating System with StormFly

For kids today technology is everywhere, and they interact with the digital world more naturally than ever before via the many computers and devices they encounter on a daily basis. Despite this, many children have to share computers with others at home and school. This may be a shared computer in a family home, computers at school, or a work computer that parents bring home from the office. That leaves many kids today without a device they can call their own.

That’s where StormFly comes in. Worn on a handy wristband, StormFly provides users with a personal operating system and computing environment that they can take with them anywhere. When plugged into a PC or Mac and restarted the computer boots straight from the StormFly device, bypassing the native OS environment. The device features a super-fast USB 3.0 drive with advanced encryption features and a secure built-in OS. The approach is a clear alternative to cloud (it operates locally, even if Internet connection is not available, allowing users to access their work on many different computers without the usual slow performance of cloud access solutions). StormFly harnesses the power of local PC and Mac hardware essentially becoming a private PC on your wrist.

StormFly is a completely self-contained computing environment. All of the users’ files, apps, and settings are contained on the StormFly drive, ensuring a consistent and personal experience across devices. The host device’s Operating System never even boots-up so it remains untouched by StormFly users. Additionally, the system backs up all user data via an encrypted server, coupled with a 24 hour replacement service, ensuring that all of the user’s information is kept safe in case of loss or theft. While some DIY technology enthusiasts can create a linux bootable USB device themselves, StormFly offers a lot more due to its speed, boot options, updatability and ability to store user data and applications as if it were a PC, making it a solution for any consumer, regardless of their technical capability.

Because the operating system of the computer StormFly is used on does not turn on, it is a perfect solution for parents who bring home their computer from work and are reluctant to let their kids use it for fear of them downloading malware or inappropriate content, or that they may change important settings or delete critical files. StormFly addresses these same issues for school computer labs, while reducing IT costs to keep computers healthy and in working condition. Each student with a StormFly device will be using their own computer environment instead of sharing the hard disks on the school computers.

“We would love to see the discussion about computing for children will shifting from ‘One laptop per child,’ to one StormFly per child,” said Maye Mac Swiney, Marketing Director of Now Computing. “We believe that StormFly opens up a whole new demographic to affordable computing. StormFly is an affordable, secure, and simple approach that gives young people their first introduction to a computing experience they can control and take personal ownership of”.