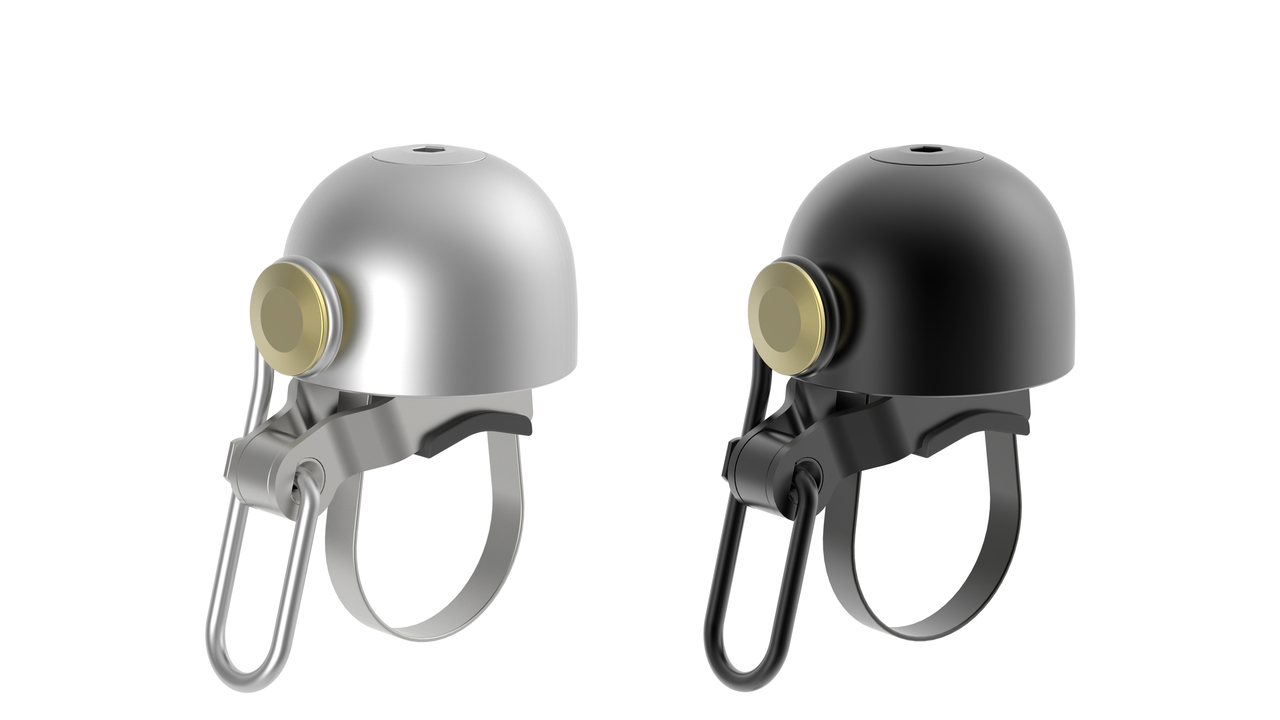 Spurcycle has modernized the bicycle bell. With the launch of their Kickstarter project, Spurcycle has made public their design for the Ringer, a bell that produces powerful sound from a trim, precise form. Spurcycle’s bell is available in two versions—raw finish and stealth black. The Ringer is planned to be delivered to supporters within 60 days of the projects completion.

“After our successful GripRings Kickstarter project, we turned our eyes toward a complete reinvention of the simple bicycle bell,” said Spurcycle co-founder Clint Slone. “All sorts of riders with high-end bikes have been reluctant to mount a bell on their bars, simply because no bell exists that matches the elegance and quality of a performance bike. With the Ringer, we’ve made that bell and believe our Kickstarter project will quickly reach its goal.”

Crafted in the United States from brass and stainless steel, the Ringer is a better bicycle bell thanks to a design based on acute rider insight, premium materials, high-quality manufacturing and in-house assembly. The Ringer features a streamlined shape, an incredibly clean, yet highly adjustable mount and an easily activated and modulated hammer. The sound made by a Ringer is effective without being harsh; it was tuned with the help of a New England company that has been making bells since the Industrial Revolution.