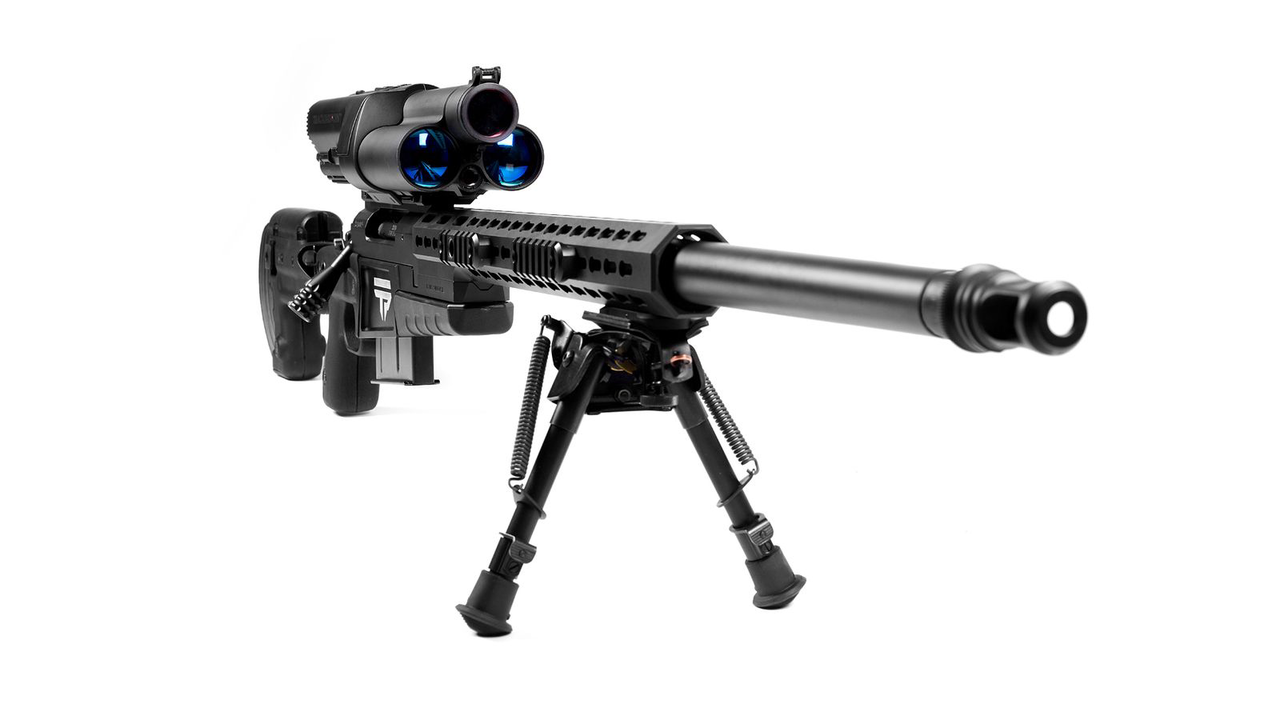 TrackingPoint has developed the world's first Precision-Guided Firearm (PGF). The company delivered the first production PGF systems to select customers at an event in May. Texas Governor Rick Perry, an avid hunter, was present at the event where an active-duty Navy SEAL was presented with the first ever TrackingPoint Precision Guided Firearm, a high-tech long-range smart rifle system capable of 1,200 yard precision shots.

These initial deliveries kicked off the first tier of shipments for TrackingPoint's groundbreaking PGF technology that puts fighter jet-style lock-and-launch technology in a rifle. First unveiled at the 2013 SHOT Show in January, the PGF system is the first of its kind that incorporates innovative optics, automatic ballistics calculation and guided fire control to create the most accurate long-range shooting system in the world.

With TrackingPoint, even a novice shooter can become an elite long-range marksman in minutes, accurately and effectively engaging targets out to 1,200 yards. In addition to precision technology that mitigates all of the most common shooting errors to ensure accuracy, the system's built in Wi-Fi and ShotView streaming video mobile app let shooters share their experience with others in real time with a smartphone or tablet. The PGF's networked tracking scope also records each shot with video and audio that can be downloaded to an iPhone or Android device for sharing via social media like Facebook and Twitter or SMS and email.

"When I first saw this system, I knew immediately that I had to have one," said the first PGF recipient (name withheld due to active military status). "As a sport hunter and professional marksman, I see the TrackingPoint technology as an excellent way to ensure more ethical harvesting of game and to share the thrill of the hunt with anyone. I cannot wait to make amazing shots of my own."

Customers who placed initial orders will begin receiving their PGFs soon, as the first round of the new rifle systems are shipped out to dealers across the country. Each PGF system is assembled and individually calibrated and tested for accuracy before leaving the factory. Due to overwhelming demand, TrackingPoint has implemented a web based application process to obtain a spot on a waiting list for new customers.

As a bonus gift for early adopters, each customer will receive a free iPad Mini pre-loaded with the TrackingPoint App and ShotView App.