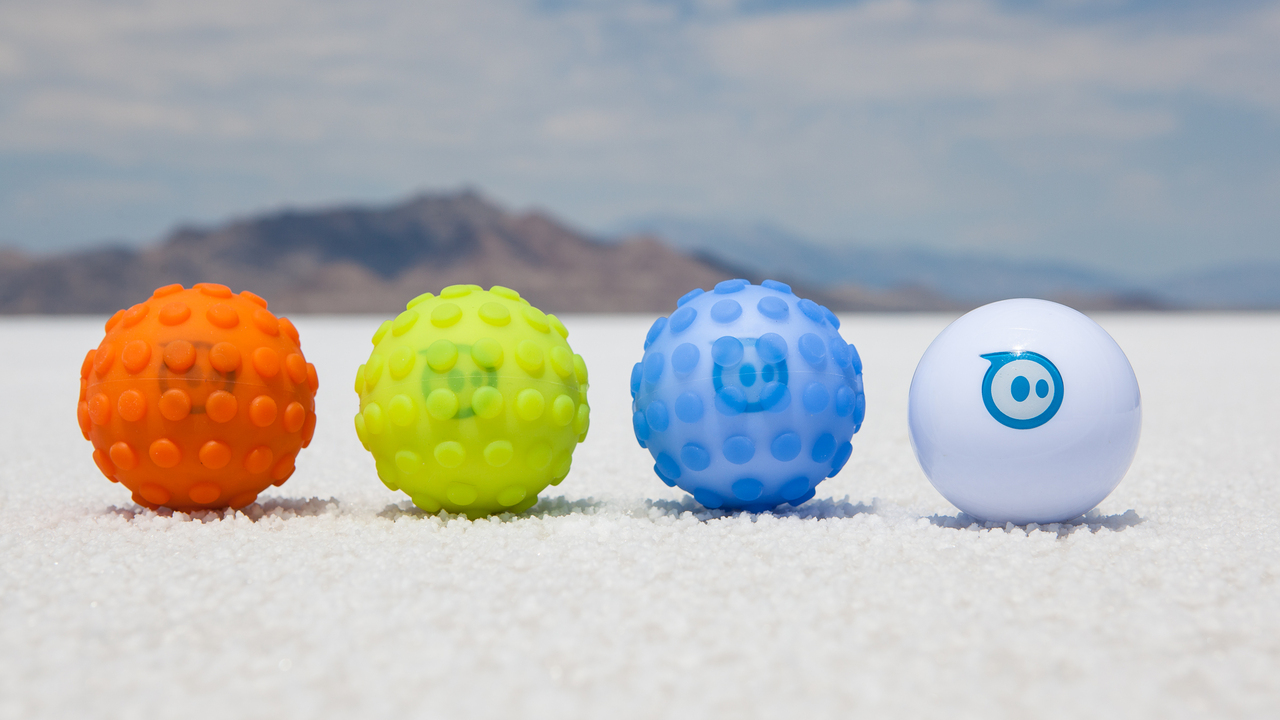 Sphero, an app-controlled robotic ball, has been completely re-engineered from the ground up to give you an entirely new gaming experience. It’s kind of like Einstein and C-3PO had a baby. Faster, brighter, and smarter, Sphero 2.0 is being rolled out alongside new accessories including ramps and protective Nubby covers to pimp your ride.

Powered with new AI Superdrive capabilities, Sphero 2.0 is unreasonably fast, reaching speeds of up to 7 feet per second. That’s twice as fast as the original. Just like a racecar, every aspect of the internal robot has been re-configured for optimal performance, including a more efficient drivetrain and lowered center of gravity. With new multicolor LEDs, Sphero 2.0 is 3x brighter than before. You’ll need sunglasses to make sure the brilliance doesn’t blind you. Powered by induction charging, Bluetooth connection, and upgraded firmware, Sphero 2.0 will change the way you play. Sphero 2.0 now comes with accessories. Featuring two ramps that pop directly out of the box, you can now catch big air and give Felix Baumgartner a run for his money (parachute not included). Also available to up your awesome are Sphero Nubby covers. Offered in three unique hues, these all-terrain covers protect Sphero against the elements while providing unbeatable traction for enhanced performance. If Sphero was shock-resistant before, it’s invincible now. Pre-orders for Sphero 2.0 open today on Brookstone.com with an exclusive offer, and on GoSphero.com. Sphero 2.0 will be available worldwide starting August 30th, 2013 for $129.99 in retail partners worldwide.