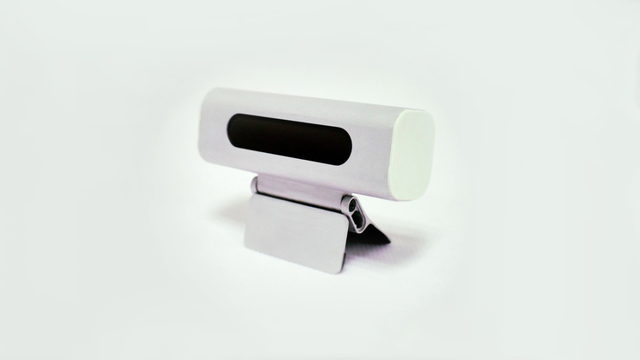 Turn any Surface into a Multitouch Surface with Haptix

Haptix, a device that transforms how people interact with computers, recently launched with a crowdfunding campaign designed to bring the technology to a larger user base. Developed by the Ractiv team, Haptix is a small bar that turns any surface into a multitouch surface, which users can then use to control their computers, TV, or any other screen. In addition, Haptix employs 3D sensing to let users view where their fingers are on the screen before they touch the surface itself, allowing them to interact with any surface as if it were a multitouch screen, with the precision they've come to expect from smart phones and tablets.

Behind the idea and development of Haptix are Darren Lim (Singapore) and Lai Xue (China). Lim is a 2013 Thiel Fellow and Xue was the youngest engineer at Intel.

"Haptix is based on completely radical algorithms in computer vision and image processing. We've taken virtually every conventional method in this field and formulated better techniques to take their place," said Xue, "The usage scenarios and conditions for Haptix, especially as a very affordable consumer device, called for different technology from what's out there today."

Xue and Lim developed Haptix in response to problems they saw with multitouch and 3D sensing.

"Multitouch is great because it's natural and intuitive, but if you have a tablet, your neck hurts from constantly looking down. Or if you have an ultrabook, your arms hurt from constantly reaching out. And even in both these cases, your hands cover part of the screen. 3D sensing technology is incredibly cool, but it's not going to replace multitouch or the mouse anytime soon simply because it faces problems such as imprecision and gorilla arm. Haptix changes all of this," Lim said.

With Haptix, users interact with their computers through 3D multitouch instead. 3D multitouch adds a layer of 3D sensing on top of a layer of multitouch, and the two forms of interaction complement each other perfectly.

"3D multitouch is like using multitouch and a mouse at the same time. Your hands are well-rested, but you also get to do things like pinch to zoom. In fact, we haven't used a mouse in a while, and haven't found the need to yet," said Lim, "Essentially, you can control screens that are a distance away as naturally as if the screen were right in front of you."

The two envision Haptix as something that users will clip onto their laptops and use all the time. For instance, users would be able to use their keyboards as multitouch keyboards, allowing them to control their computer entirely from the keyboard itself, without having to constantly move back and forth to the mouse/trackpad.

Xue and Lim have been working on the idea and expanding their team for the past year. In order to complete and finance the last phase of production for Haptix, they have launched the product on the crowdfunding platform Kickstarter.