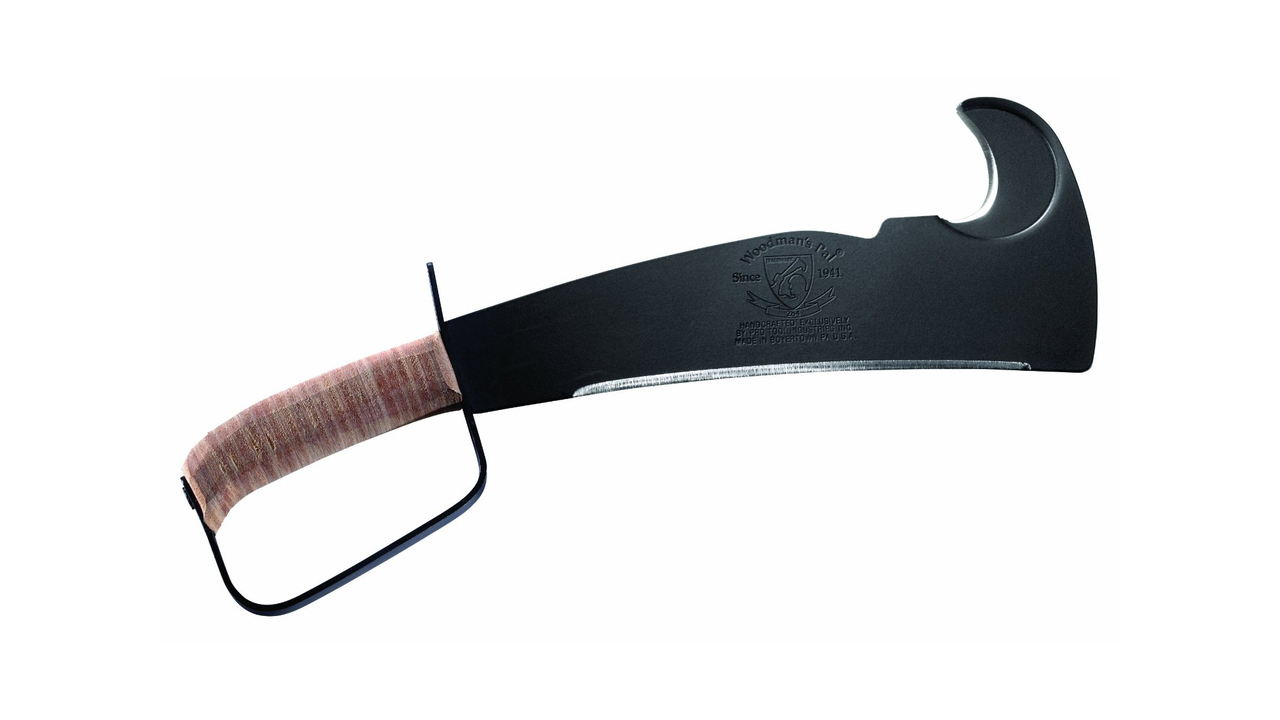 Pro Tool Industries 284 Premium Model Woodman's Pal did not and still does not go unnoticed by the U.S. Military. This model was standard issued from the early part of World War II through Desert Storm. G.I's and the U.S. Army Signal Corp relied heavily on the Woodman's Pal for land clearing operations. At the time of the Vietnam War, the Woodman's Pal was designated the "Survival Tool, Type IV" and was issued in air crew survival kits. Gripped as either an axe or a machete, the Woodman's Pal can clear trails and brush and perform the tasks of many tools such as machetes, axes, hatchets, trimming saws, pruning scissors, knives, bow saws and sometimes even chain saws.

With one Woodman's Pal, you can trim bushes and small trees, prune, clear or blaze trails, clear brush from lines, remove unwanted growth and build shelters or duck blinds. As All-American as you can get, Woodman's Pal tools are formed from the highest-grade American steel, melded with the best American ash wood.

Enthusiastic Pennsylvania craftsmen do all manufacturing of the Woodman's Pal. Their precision and attention to detail are proof of their commitment to our USA Pride an motto: Build it once, Build it right.