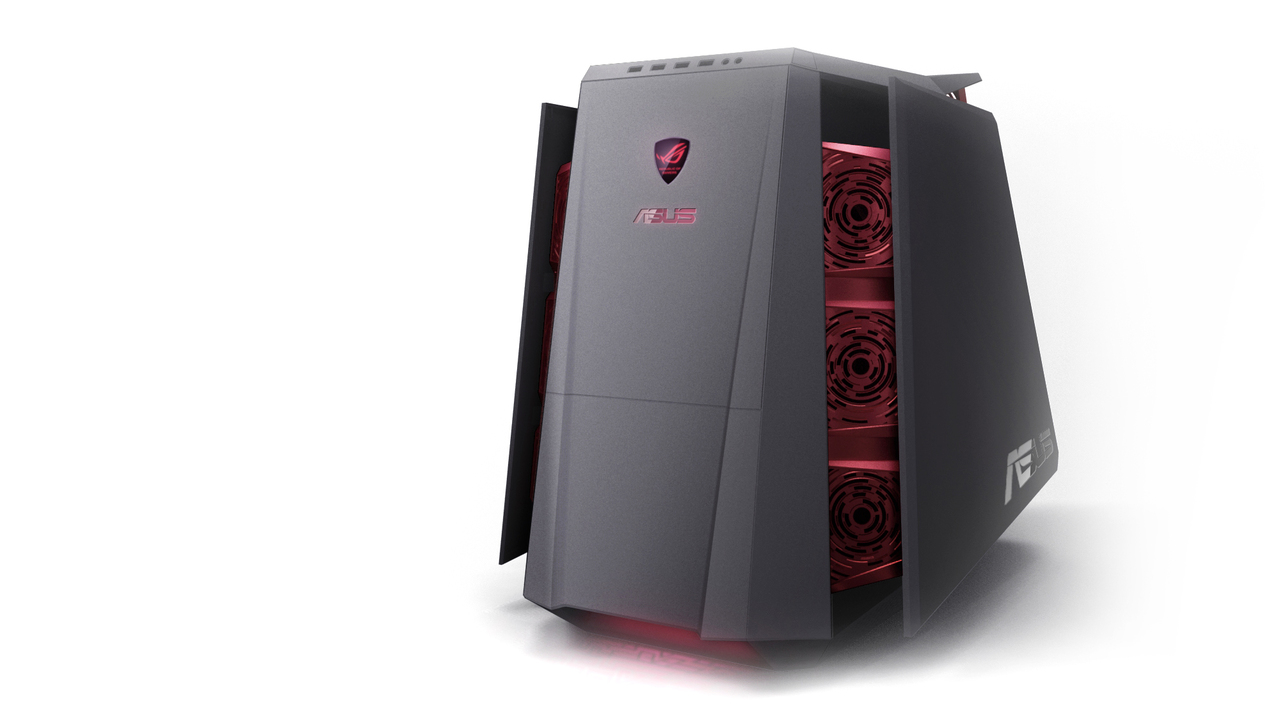 The latest NVIDIA GeForce GTX780 graphics card has the capacity to deliver smooth gameplay at the highest in-game graphics settings and can support up to four displays, as well as the option to game in 3D with NVIDIA 3D Vision Surround.

Efficient cooling solutions in the heat of battle
The Tytan G70 features a 10-way venting design that takes advantage of its 10 cooling fans. Activating Turbo Gear mode automatically opens the top and side vents to reveal six front-facing and two rear-facing fans. These, along with two fans in the bottom grill and inside the case, work in tandem with the integrated water-cooling system to provide effective thermal management. These cooling solutions make the Tytan G70 ideal for marathon gaming sessions and prolong component lifespan, too. The vents also have sensors to prevent them from closing on fingers.

Tytan G70 sports solid, chiseled lines, with intricate patterns on the chassis as well as lighting effects like the ROG logo and bottom grill LEDs change color from blue to red to reflect overclocking levels.

Enhanced SonicMaster audio
Tytan G70 features ASUS SonicMaster technology. Together with MaxxAudio from Waves, recipient of a Technical GRAMMY Award, they give Tytan G70 immersive and impactful audio delivery, enhancing the gaming experience with reverberating explosions and gunshots, with even the slightest footsteps giving directional auditory cues on the battlefield. Tytan G70 also comes with the ASUS-exclusive AudioWizard interface that allows users to tailor settings according to their needs.

Real-world usability and convenience
Tytan G70 comes with ASUS Wireless Charger for cable-free charging of smartphones and tablets that are compliant with the Qi inductive power standard. To charge, users simply need to place their Qi-compatible device on the recharging tray built into the top of the case. ASUS also provides Tytan G70 users with 32GB of complimentary ASUS WebStorage for three years.