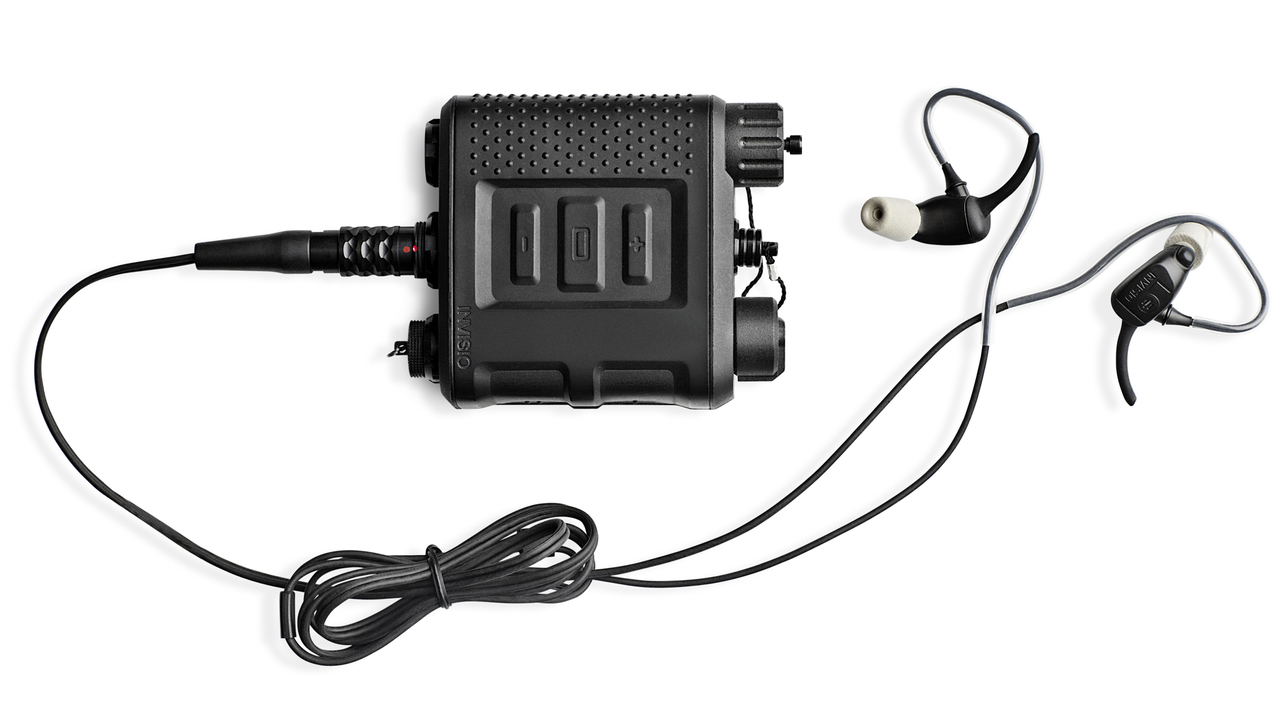 The INVISIO V60 is an in-ear hearing protection and communication system with electronic hear-thru and impulse noise protection. The INVSIO V60 control unit can interface with different headsets types along with up to four com sources simultaneously, including radios, intercoms, mobile phones and computers.

Compliance and safety
The INVISIO V60 has been tested extensively to meet MILstandards and has total EMC shielding from the metalised housing and connectors. The INVISIO V60 uses breakaway connectors to improve safety especially for the dismounting soldier or in case of entanglement.

In-ear headset with hot-mic
The INVISIO V60 can operate with all radio communication microphone lines open at all times - even to multiple com sources. This makes it possible to maintain full radio functionality like full-duplex communication, radio sidetone, priority voice, VOX and keying the radios onboard PTT buttons.

Dynamic assignment to both ears
The INVISIO V60 features split ear received audio so that different talk groups can be assigned between left and right ear to improve intelligibility and battlefield situational awareness. Received audio is automatically and dynamically assigned when connecting or disconnecting a radio.

User configurable
The INVISIO V60 can be configured to meet different operational requirements through preset key combinations, enabling users to set up the system as required for their mission.