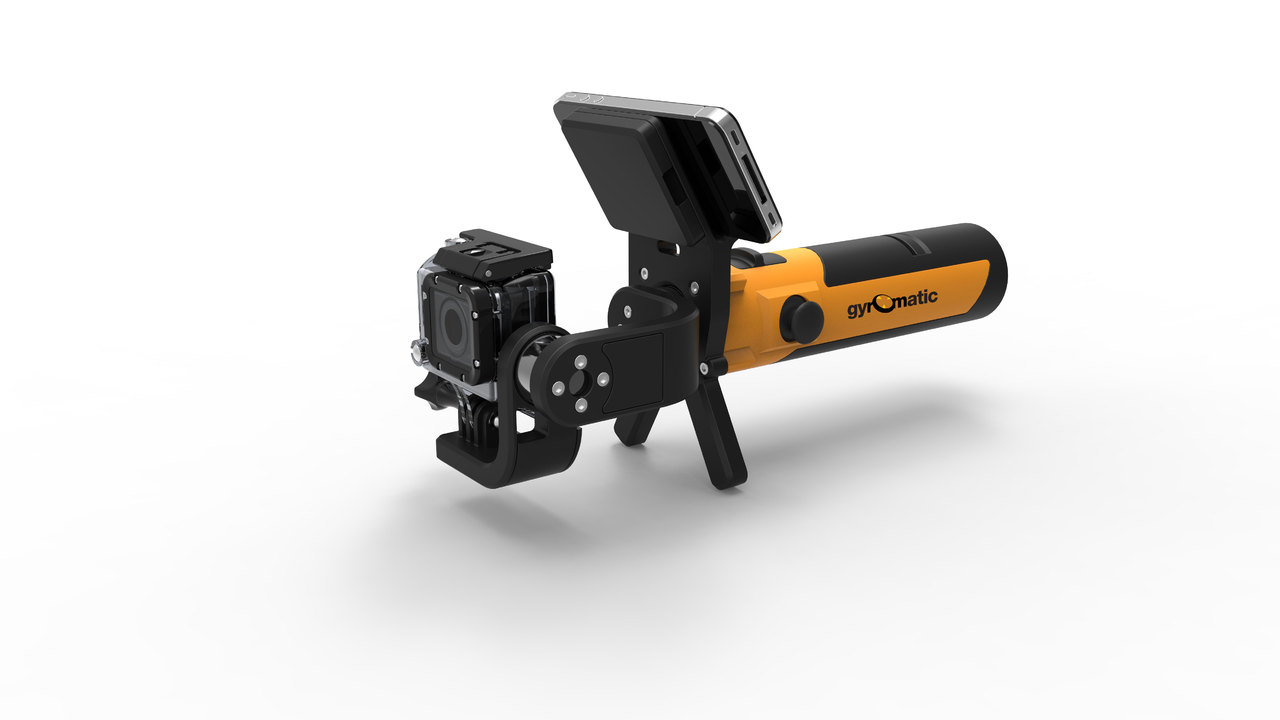 Gyromatic is an Australian brand based in Outback Australia. They have some big ideas and need your help to get their product over the pond. Gyromatic has been involved in Helicopter filming and Gyro Stabilisation since the 90's, They have created airborne camera systems for helicopters and utilised UAV Multicopters for Airborne Video work for their own projects which led to the development of the Go2X.

Gyromatic was first established in 1998 as the Australian reseller for the popular KenLab mechanical gyro that bolted onto DSLR and video cameras, Gyromatic is s a leader in handheld brushless Gimbal stabilizers specializing in the GoPro, BlackMagic, DSLR and similar type cameras.

The technology used is a disruption to the Gyro stabilized platform industry which held a strangle hold on stabilization. They use the Simple Brushless Gimble Controller with its main advantages being no backlash in the gear, instantaneous response and low weight. The controller board receives information from gyroscopes and accelerometers mounted on the camera platform. An algorithm is used to define camera angles and then correction is returned to the camera housing keeping the camera stable

Wether you are filming an action sequence, filming from a boat, helicopter or camel, interviewing a punter or jumping off a cliff, the result you get from filming with the Go2X is second to none.

The Go2X Std package consists of the Go2X calibrated for the GoPro 3 in its weatherproof case, 2 x 12V batteries and a rapid battery charger. The Go2X Pro package is fitted with a thumbstick to manipulate the camera angle in both pitch and roll which also incorporates a push button menu system to select various operational profiles like horizon hold and follow me modes. The Go2X device is made up of a plastic and rubber grip housing with legs and a sliding on/off switch, a mobile device support stand for your iphone or android to wirelessly display your GoPro viewfinder, a balanced gimbal assy with 2 x custom made rewound brushless motors. The assembly also houses an IMU (inertial measurement unit) on the camera carriage frame and a controller on the back of the mobile device mount. We have also fitted a 1/4 inch female threaded mount on the bottom of the device for universal fitting.