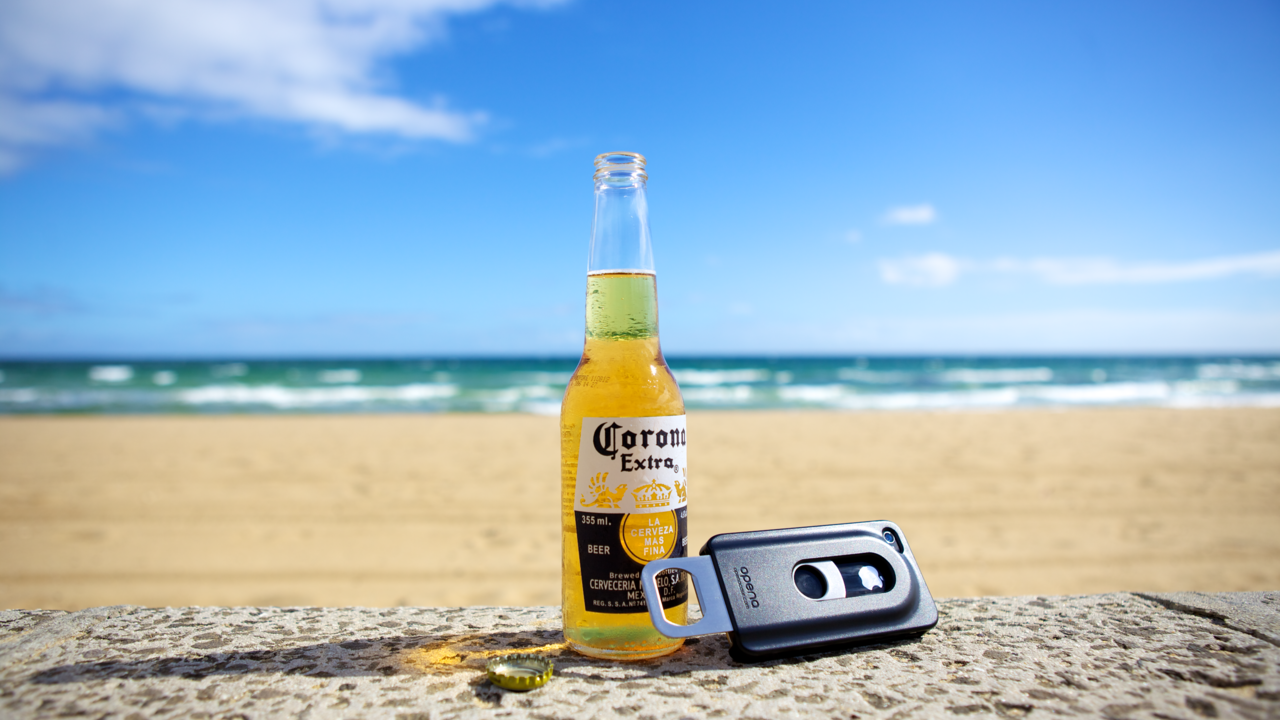 Conceived and developed by Rob Ward and Chris Peters, The Annex Opena is an Australian designed product which was originally launched via crowd funding site to help raise enough funds to get the project off the ground. In just thirty days over $28,000 was raised which far exceeded their original target of $15,000.

Chris Peters, an industrial designer and Rob Ward, a former Toolmaker, both based in Melbourne, came up with the idea after being not being able to find a bottle opener when they needed one.

“The idea came to us one sunny afternoon when we were kicking back having a few cold beers at a mates place” explains Peters. “Some people have bottle openers on their key rings, but many times you don’t always have your keys with you. But what is always with you? Your phone!"

With that in mind the duo went to work developing an iPhone case with an integrated bottle opener which they dubbed the Opena.

Peters, who run his own product design business developed the Opena using the latest 3D CAD software. Numerous prototypes were made to refine and test the strength and durability of the design. "We wanted to keep the case as thin as possible but it had to be strong enough open bottles without transferring any load to the phone. The finished design is great! The iPhone is fully protected by the case and the sliding bottle opener mechanism locks the blade in and out without ever touching the back of the iPhone" explains Peters

With a fully functional prototype in hand the guys spent the next month testing the Opena on as many bottles as they could get their hands on. The prototypes made appearances at friends BBQ’s, parties, bars and restaurants and received very positive reviews.

“The prototypes proved to be a huge hit with everyone they showed it too. People asked if they could buy the prototypes from us so we figured we were on to a good thing...” says Ward.

However getting an idea to a level where it can be mass produced is not a simple or cheap task.

“To manufacture a product like this requires a significant investment in tooling” Ward explains. “The case is manufactured using a process called injection moulding and the bottle opener blade is stamped from a large sheet of stainless steel and hand finished. Both of these processes require production tooling which we estimated to cost around the $15,000 - $20,000 mark. Neither of us had access to that kind of capital, hence we had to look for ways to raise the money.”

This is where crowd funding came into play. Kickstarter is a US based crowd-sourcing website, where ideas can be promoted in order to raise funds to make them happen. Being an ‘all-or-nothing’ deal, projects must be fully-funded in the set time frame or no money changes hands.

The two set up a Kickstarter campaign to raise $15,000 in 30 days. People that funded the project were promised one of the first production Openas as soon as they were produced. 30 days later their project had exceeded the campaign goal by 188% and just shy of 600 backers put their cash behind the project.

With the help of a fulfilment company in the USA and some friends and family offering to lend a hand packing them locally in Melbourne, over 1,000 Openas were shipped to 28 countries across the globe in just a few days.

Since the initial success of the Kickstarter campaign Opena cases have been shipped all over the world. The Opena is manufactured from an engineering grade polycarbonate polymer, the bottle opener is made from 304 food grade stainless steel and the packaging is made from PETG. All of these materials are 100% recyclable which was one of the goals of the design.