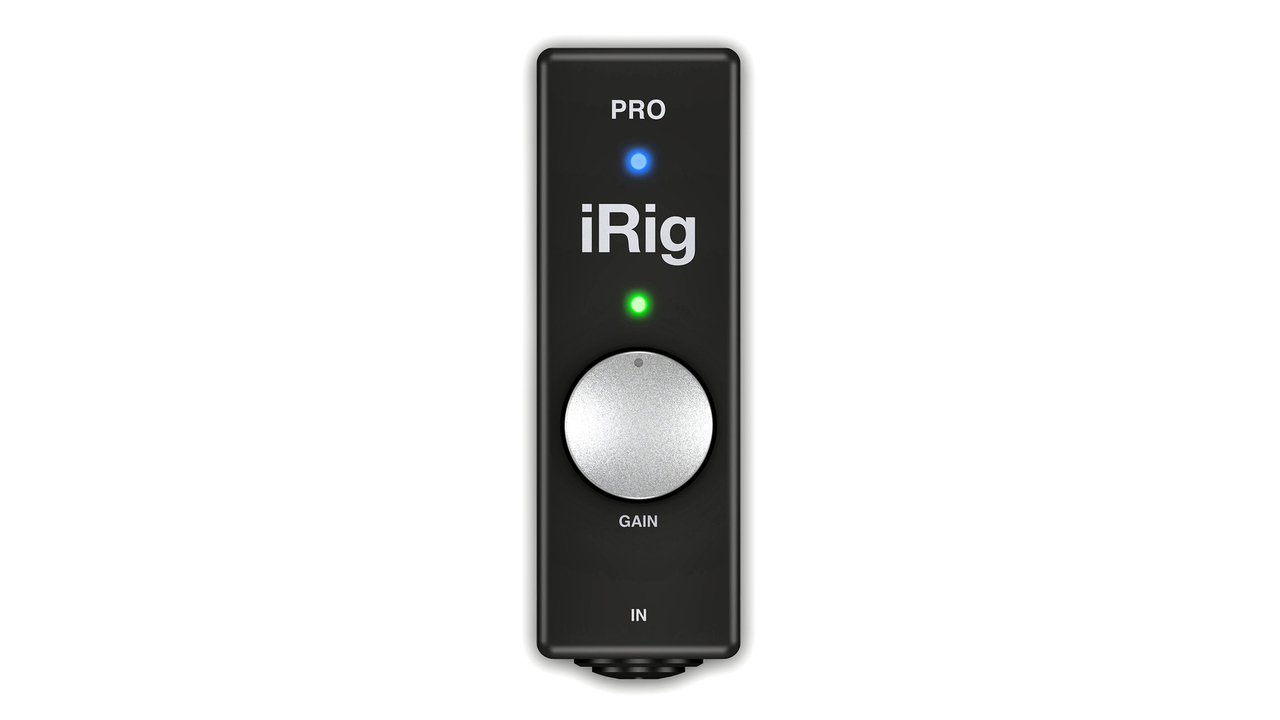 The IK Multimedia iRig PRO is a high-quality, battery powered universal audio/MIDI interface that lets you connect a microphone, guitar, bass or line-level source — or a MIDI controller — to your iOS device or Mac. Small enough to fit in your pocket, iRig PRO comes with Lightning, 30-pin and USB cables, allowing connectivity with any iOS device or Mac. You also get a selection of IK music apps and software so you can rock right out of the box.

Universal Compatibility
iRig PRO comes with three detachable cables, compatible with Lightning, 30-pin and USB connectors, respectively, allowing for digital connection to every model of iPhone, iPod touch, iPad and Mac, out of the box, with no need for adapters. A MIDI cable with a standard MIDI jack is also provided to connect the widest variety of MIDI-compatible keyboards and controllers.

iRig PRO is class compliant and compatible with Core Audio and Core MIDI, so it can be used with any audio and MIDI processing apps for iOS and Mac OS, for true plug-and-play performance without additional hardware/software.

Universal Apps and Software Included
For iPhone and iPad users, iRig PRO comes with a suite of IK's most popular apps for mobile music creation on iPhone, iPad and iPod touch, including AmpliTube FREE (the #1 app for guitar players) for guitarists and bass players, VocaLive FREE for singers, SampleTank FREE and iGrand Piano FREE for keyboard players and iRig Recorder FREE for recording engineers.