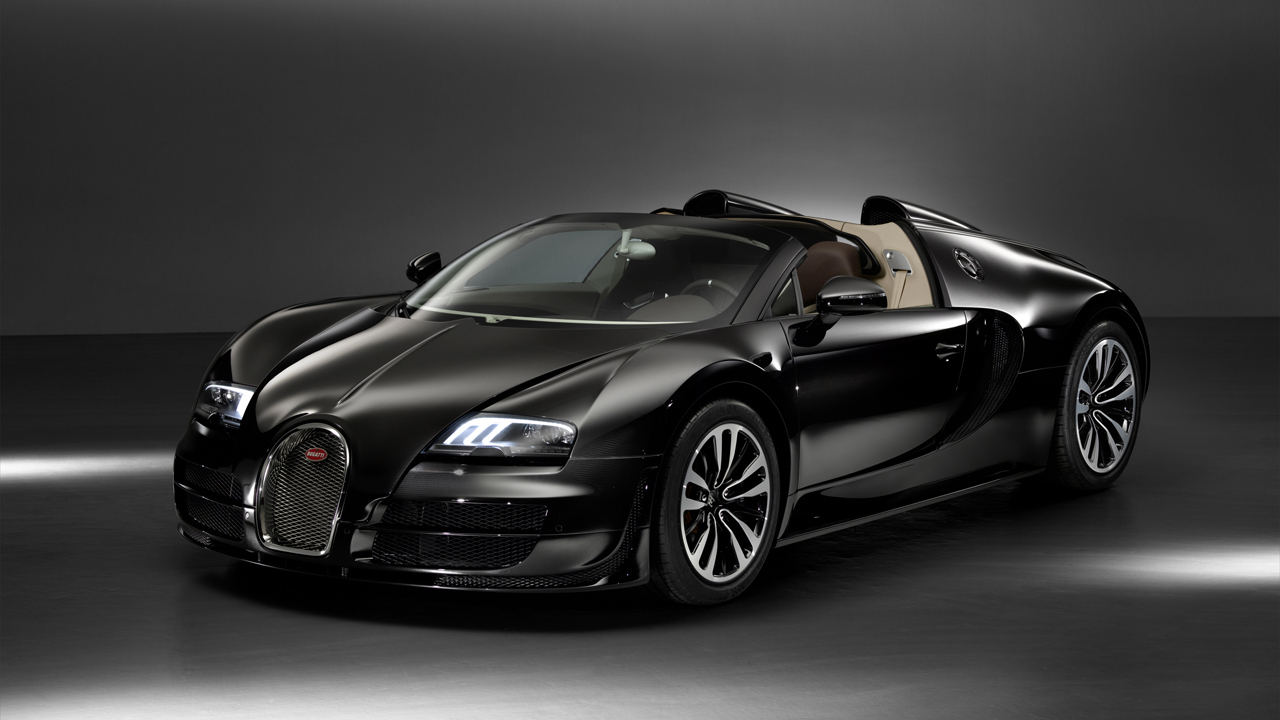 Following the successful launch of its "Les Légendes de Bugatti" (Bugatti Legends) series a few weeks ago in Pebble Beach in California, Bugatti presents the second vehicle in this exclusive edition as a world premiere at the 65th International Motor Show in Frankfurt. The French luxury car manufacturer intends the Bugatti Grand Sport Vitesse "Jean Bugatti" to be a celebration of the oldest son of company founder Ettore Bugatti and his most famous creation, the Type 57SC Atlantic. Like all other five models in the Legend series, the "Jean Bugatti" is limited to three vehicles. It costs 2.28 million euros (plus tax and other charges).

With its "Jean Bugatti" Legend model, Bugatti pays homage to a prominent figure in 20th century automotive history. Gianoberto Carlo Rembrandt Ettore Bugatti, known as Jean, was the eldest son of Ettore Bugatti and the most gifted of his four children. From the late 1920s onwards, Jean used his own structural and design ideas to exert more and more influence over the development of the company located in Molsheim, Alsace. In 1936, he took over as head of the company at the age of 27. By the time of his tragic accidental death in 1939, Jean had secured his place in automotive history thanks to his pioneering engine and chassis designs and concepts for vehicle bodies.

"Jean Bugatti is a Bugatti legend," says Dr Wolfgang Schreiber, President of Bugatti Automobiles S.A.S. "Along with his father Ettore, Jean played a critical role in shaping our brand. Jean managed to combine the artistic roots of Bugatti with his father's innovative automotive technology, and from that developed a design which is still reflected in the brand today, finding expression in our brand values of 'Art, Forme, Technique'."

One of the most extraordinary designs created by Jean Bugatti has to be the Type 57SC Atlantic, one of the most exclusive and exceptional sport coupés ever built and ranking among the most expensive vintage cars in the world. The Legend vehicle to be unveiled in Frankfurt is a call back to La Voiture Noire ('The Black Car'), an Atlantic model which was driven by Jean Bugatti himself and has been lost since the Second World War.

"The Bugatti 57SC Atlantic is an icon. For many, it is one of the most elegant and valuable sports cars in automotive history," asserts Wolfgang Schreiber.

"Jean Bugatti was a gifted car designer who knew to mirror the 1930s style of avant-garde in the design of the Bugatti car bodies," explains Achim Anscheidt, Chief Designer at Bugatti. "His jet black La Voiture Noire was more than just Jean's 'private' car. It was also his most impressive work of art – breathtakingly sporty dimensions paired with fluid, elegant lines and the unmistakeably expressive Bugatti DNA."