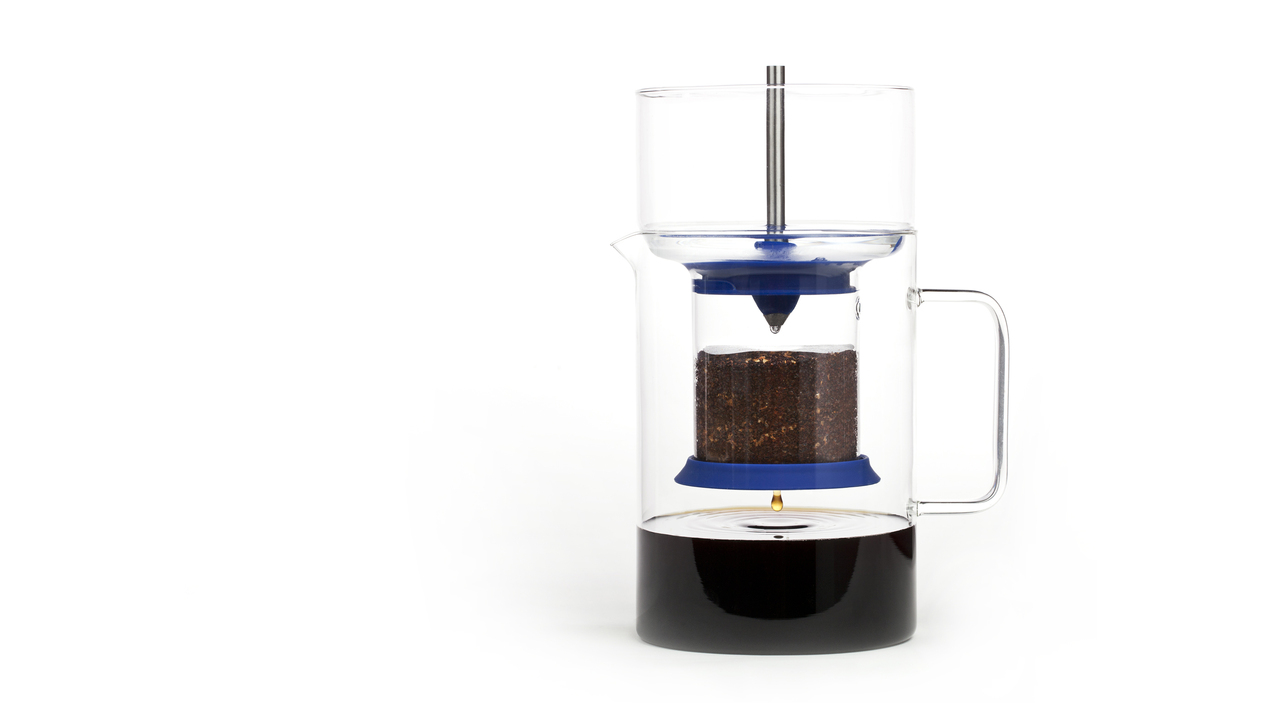 Bruer has recently launched Cold Bruer, a device for making cold-brewed coffee, via the crowd-funding website Kickstarter. The Kickstarter campaign for the device went live Tuesday, September 10, 2013, at 6:00 AM PDT.

After discovering the virtues of slow-drip cold brewed coffee (“cold brew”), Bruer co-founders Andy Clark and Gabe Herz were excited to try out the process themselves, but found they were unhappy with the current product offerings for making cold brew.

“We wanted a cold brewer that was compact, simple to use, and allowed adjustability for room to experiment” said Gabe Herz. “Our goal was to make the process as transparent as possible. We love being able to see the water dripping, the ground coffee swelling as it saturates, and concentrated brewed coffee slowly building at the bottom.”

Cold Bruer can process 24 ounces of water and two ounces of coffee, yielding three cups of cold brewed coffee extract after a brew time of anywhere between two and 18 hours. This extract can then be poured over ice, mixed with water, or mixed with dairy to yield approximately six cups of cold brew. The coffee extract can be refrigerated for up to two weeks after brewing.

Cold brew is sweet and delicious, and both less acidic and less bitter than hot coffee. “It is really an entirely different drink,” said Andy Clark.

Bruer has been developing Cold Bruer for the last year, and is excited to share their amazing brewing experience with the world. With the help of Kickstarter backers, the Company hopes to be able to move Cold Bruer into production.

Cold Bruer weighs 22 ounces and is approximately 25 centimeters (9.8 inches) tall. Cold Bruer will be offered at a special price of $50 to Kickstarter backers, and will have an MSRP of $70 after the campaign. The product is expected to ship by January 2014.