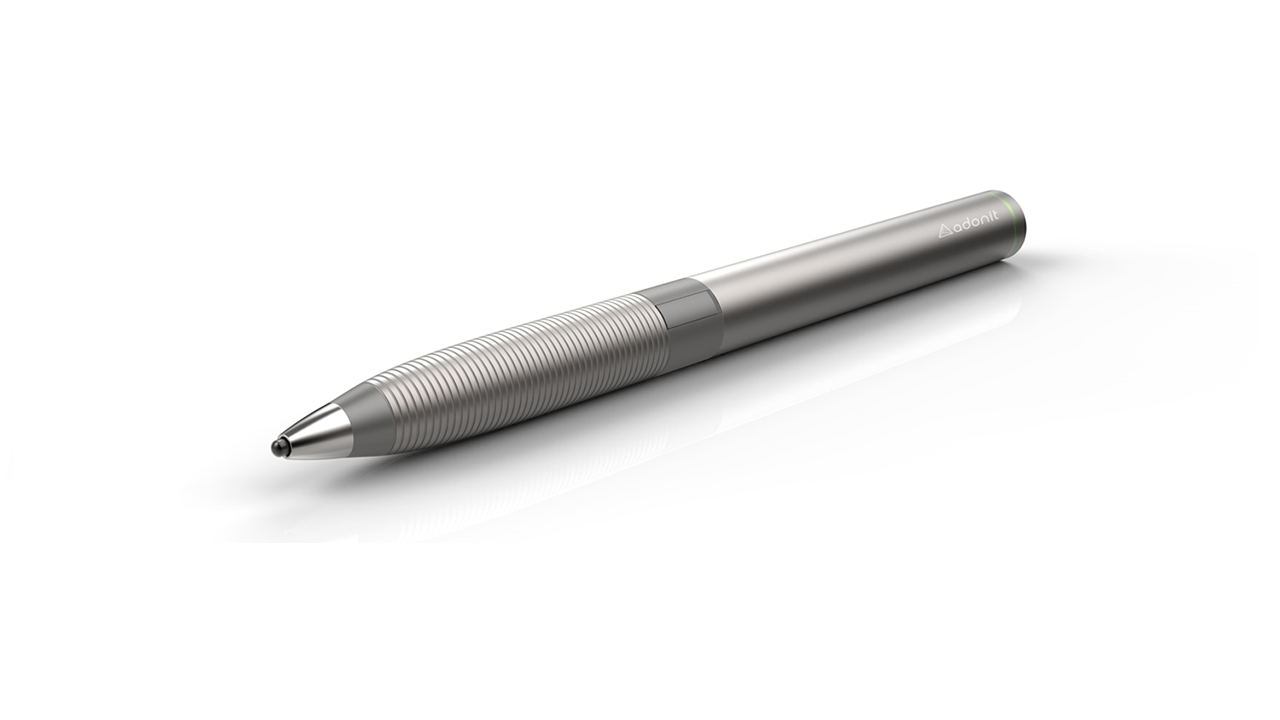 The Jot Script Evernote Edition Stylus from Evernote and Adonit features a 1.9mm stylus tip, the smallest on the market. The Jot Script combines Adonit's new Pixelpoint technology and Penultimate, Evernote's handwriting application, allowing handwritten notes to flow as freely as your thoughts with unprecedented precision. It was designed by Adonit to feel like your favorite pen. Its refined metal finish, ribbed grip, fine point, and weighted hand balance all reflect the quality that Adonit styluses are known for.

In a first for any active stylus, Penultimate's digital inking features pair with Adonit's Bluetooth-enabled Pixelpoint technology for accuracy previously unattainable on any touch screen. With Penultimate's new Zoom feature, the interaction between app and stylus becomes dynamic. As the Jot Script's fine tip approaches the screen, Penultimate responds by enlarging the writing space for better visual feedback. And as the user writes, the digital paper drifts along with them mimicking the natural feeling of handwriting.

In Penultimate, notes taken with the Jot Script are saved back to the Evernote service where they instantly become searchable by keyword. Those same notes can be synced across other devices like PCs, smart phones, and tablets and easily shared with family and friends, instilling a new level of ease and utility into note taking.

The accuracy, experience, and fine point of the Jot Script Stylus are enabled by Pixelpoint technology. Combining an accelerometer and Adonit's SDK, the angle and location of the stylus tip is communicated directly via Bluetooth 4.0 to integrated apps like Penultimate. This allows the app to place the ink point exactly underneath the stylus tip at every position, creating a natural handwriting experience with guaranteed accuracy in every line, letter, and signature.

The Jot Script is powered by a standard AAA lithium battery and connects wirelessly to Penultimate via Bluetooth 4.0. With a quick and easy setup, users can go from unboxing to writing in Penultimate in less than two minutes.