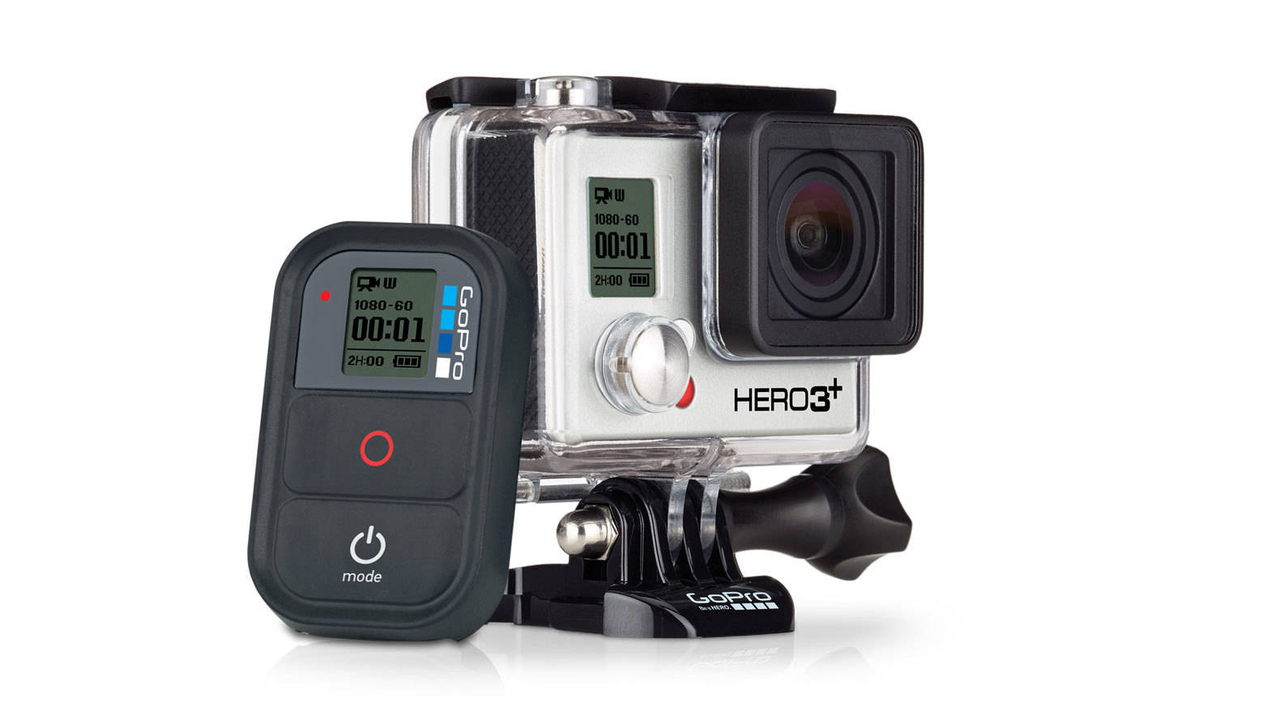 GoPro today announced the availability of its new HERO3+ line of cameras, featuring a 20% smaller and lighter design and 30% better battery life than previous models. These upgrades, combined with an improved lens and convenient new video capture modes, produce the most advanced and easy-to-use GoPro, yet.

GoPro is enabling people to capture and share life experiences in a way that was never before possible. Prior to GoPro, it was very difficult for anyone to capture content of themselves doing anything without having the help of someone else to film them. GoPro has enabled a new era of self-documentation whereby people can now easily wear or mount miniature ultra wide-angle GoPro cameras to record themselves doing just about anything, anywhere. The result is a surge of immersive user-generated and professional content made possible by the versatility and affordability of GoPro’s cameras and accessories. An average of three GoPro “tagged” videos are uploaded to YouTube every minute, and GoPro is used by the world’s leading production companies to help produce some of today’s most engaging film and television content.

“The HERO3+ illustrates GoPro’s commitment to innovation. We took the world’s best-selling ultra compact camera and made it better because we’re relentless in our pursuit of delivering the best possible user experience to our customers. We saw that we could make the HERO3+ significantly smaller and lighter while at the same time increasing battery life 30%. We saw the opportunity to design a sharper lens, so we did it–improving GoPro’s already highly regarded image quality. And we thought up exciting new features like SuperView, which enables the world’s most immersive wide-angle video. These are all features that we as passionate GoPro users want for ourselves, and we’re excited to share them with our customers around the world,” said Nicholas Woodman, Founder and CEO of GoPro.

The HERO3+ Black Edition - The Most Advanced GoPro Camera Yet.
● Innovative new housing yields a 20% smaller and lighter overall package when camera is installed in housing (waterproof to 40m)
● 30% longer battery life
● 4x faster Wi-Fi for quicker transfer and playback of photos and videos from your HERO3+ camera to your mobile device when using the GoPro App
● SuperView is a new video mode that captures the world’s most immersive wide-angle perspective
● Auto Low Light mode intelligently adjusts frame rate for varying lighting conditions
● A new lens for sharper video and improved image quality The HERO3+ Silver Edition - 2x More Powerful.
● 2x faster image processor than the HERO3: Silver Edition
● Enables 1080p60 and 720p120 fps video
● Innovative new housing yields a 15% smaller and lighter overall package when camera is installed in housing (waterproof to 40m)
● 4x faster Wi-Fi for quicker transfer and playback of photos and videos from your HERO3+ camera to your mobile device when using the GoPro App