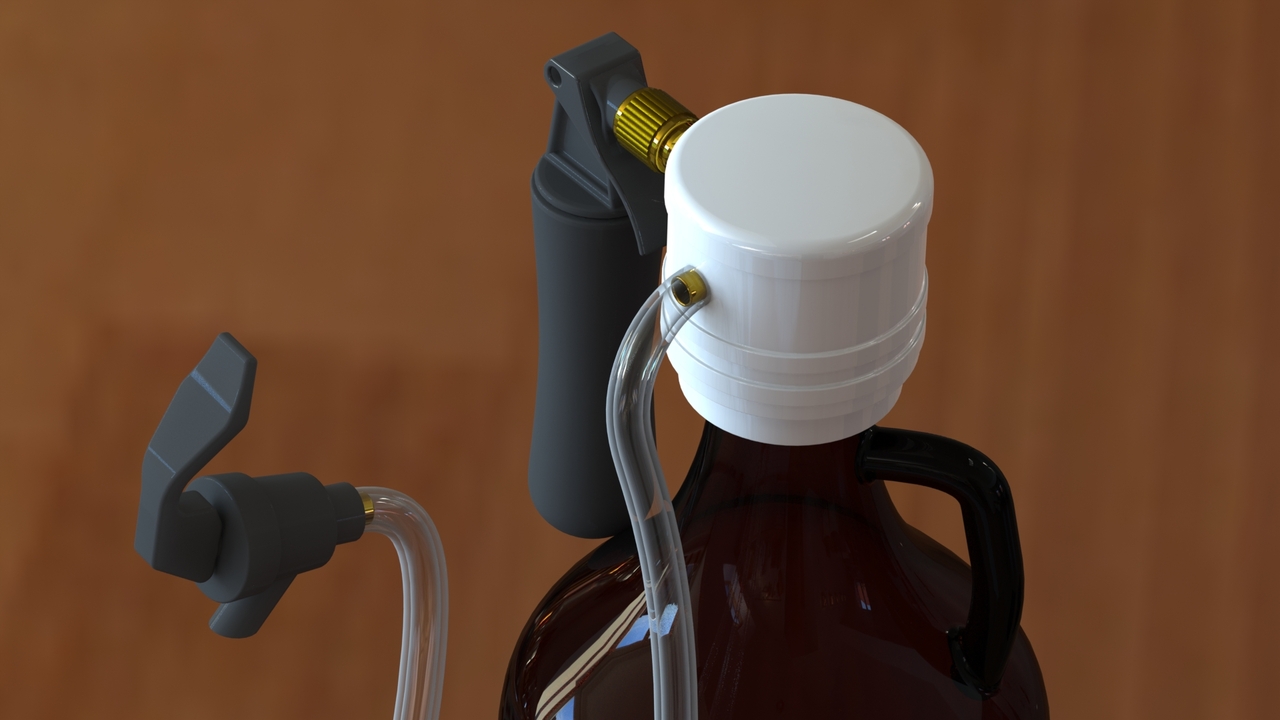 The TapIt Cap brings beer growlers into the 21st century, keeping beer fresh longer. TapIt Cap is a patent-pending design that ensures the beer in your growler remains fresh and carbonated. Don’t know what a growler is? Growlers are used to transport beer home from craft breweries. They are reusable and are more ecologically friendly than bottles or cans, even if you recycle.

Robert Scott had the idea when his homebrew partner told him his father had quit using growlers because the beer went flat too quickly. Buying craft beer in growlers is less expensive, but the value decreases when the beer isn’t consumed in one evening and goes flat after 12 hours. A capped growler can sit for a week or longer depending on how carefully it was filled. But after the first beer is poured from a growler, air flows in to replace the beer. Oxidation leads to bad flavors in the beer just a few hours after opening and the beer becomes flat. Robert realized that he, too, had begun to purchase fewer growlers. The TapIt Cap has changed the way my friends and I buy and brew beer.

The reactions of beer drinkers who have used the TapIt Cap prototype have been very encouraging. Their excitement over Roberts design has been a huge motivation and has inspired him to bring this product to the market. The first time professional brewer Bill Eye (shown in the video) saw a prototype, he asked the price and when he would be able to purchase the TapIt Cap. I didn’t have to tell him what it was, he recognized the function and potential immediately. Everyone in the beer industry who has seen the TapIt Cap knows what an important addition this device will be to the craft beer industry.

Other companies have unsuccessfully tried to create products that do what the TapIt Cap accomplishes. Robert Scott's design works with the readily available glass growler, which hundreds of craft breweries use every day.