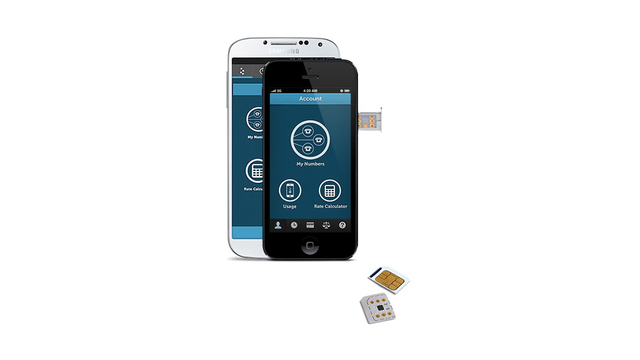 Reduce Roaming Charges by as Much as 90% with Know Roaming

KnowRoaming, a Toronto based technology company, recently launched the KnowRoaming sticker which automatically connects mobile phones to local wireless carriers and provides reduced voice, data and texting roaming rates when traveling abroad in more than 220 countries. The easy to apply sticker is the world's thinnest and most powerful SIM card adhesive that reduces roaming charges by as much as 90% compared to domestic provider roaming rates. KnowRoaming is compatible with all unlocked phones and SIM cards.

The sticker is only activated when the phone leaves its home country and begins to roam in a foreign country. While a user is at home, the technology is completely dormant and does not interfere with the user’s home plan. KnowRoaming’s smart sticker is the equivalent of removing your SIM card and replacing it with a new SIM card to reduce roaming rates for calls and data while traveling internationally. The SIM only needs to be applied once to a SIM card which automatically activates every time the user travels abroad.

"We know roaming and have created a device that emulates the convenience of traditional roaming without the cost," said KnowRoaming CEO and co-founder Gregory Gundelfinger. “We looked at why roaming has persisted for so long and why people continue to pay exorbitant fees and decided to dedicate ourselves to developing a seamless
and convenient solution to these problems. With the KnowRoaming sticker, never again will you have to search for wifi, buy a local SIM card or be shocked by international roaming charges."

KnowRoaming technology is based on a patent-pending SIM card platform that enables precision over the air updates (POTA) of any part of the code using silent SMS on all smartphones.

A free companion app, used for managing your account, will be available for iOS, Android, Windows and Blackberry app stores. The app enables users to create an account, monitor their usage in real time, compare rates to their home provider and top-up their account even when you have no credit. The entire technology is prepaid and your credit never expires so whatever you don’t use on one trip you can always use on your next. KnowRoaming also provides call forwarding from a user’s home number via connected numbers technology which allows a user to receive all incoming calls from their home SIM and displays their home number to whomever they call while traveling abroad.