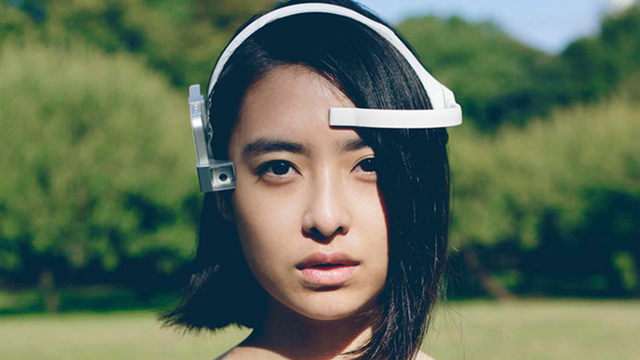 The "neurocam" is a wearable camera system that detects your emotions. It automatically records moments of interest based on an analysis of the users brainwaves.

The analytics algorithm is based on the sensitivity vales of "interest" and "like" developed by Professor Mitsukura of Keio University and was co-developed with the neurowear team especially for the neurocam. The users interests are quantified on a range of 0 to 100. The smartphone camera is triggered to automatically record and save 5 second GIF clips of scenes when the interest value exceeds 60. The scene is saved together with timestamp and location, and can be replayed in the album function. Scenes can also be taken manually under the "manual mode". It can also be shared socially on Facebook.

The hardware is a combination of Neurosky's Mind Wave Mobile and a new customized brainwave sensor with the newest BMD chip. It transforms the smartphone into a brainwave analysis device + camera with the smartphone screen displaying scenes of interest as they are being recorded.

In the future, neurowear aims to make the device smaller,comfortable and fashionable to wear. They are also considering the addition of a "manual mode" and automatic "effect function" on the software side. The "manual mode" will enable emotion tagging to scenes, just like GPS information or time stamps that are tagged to photos. The "effect function" will automatically overlay filters and visual effects on clips based on emotions. Neurowear also sees potential usage cases for city planning, store development and are exploring other possibilities.

The "neurocam" is an extraordinary experiment that challenges the way future cameras can evolve and how humans may interact with such devices. The "neurocam" allows humans emotions to become integrated with devices, and we see this as a totally new experience. Neurowear believes that in the future, home electronics, facilities, services will seamlessly merge "thought" and "emotions" with the human body as an emotional interface, such as what the "neurocam" sets out to achieve.