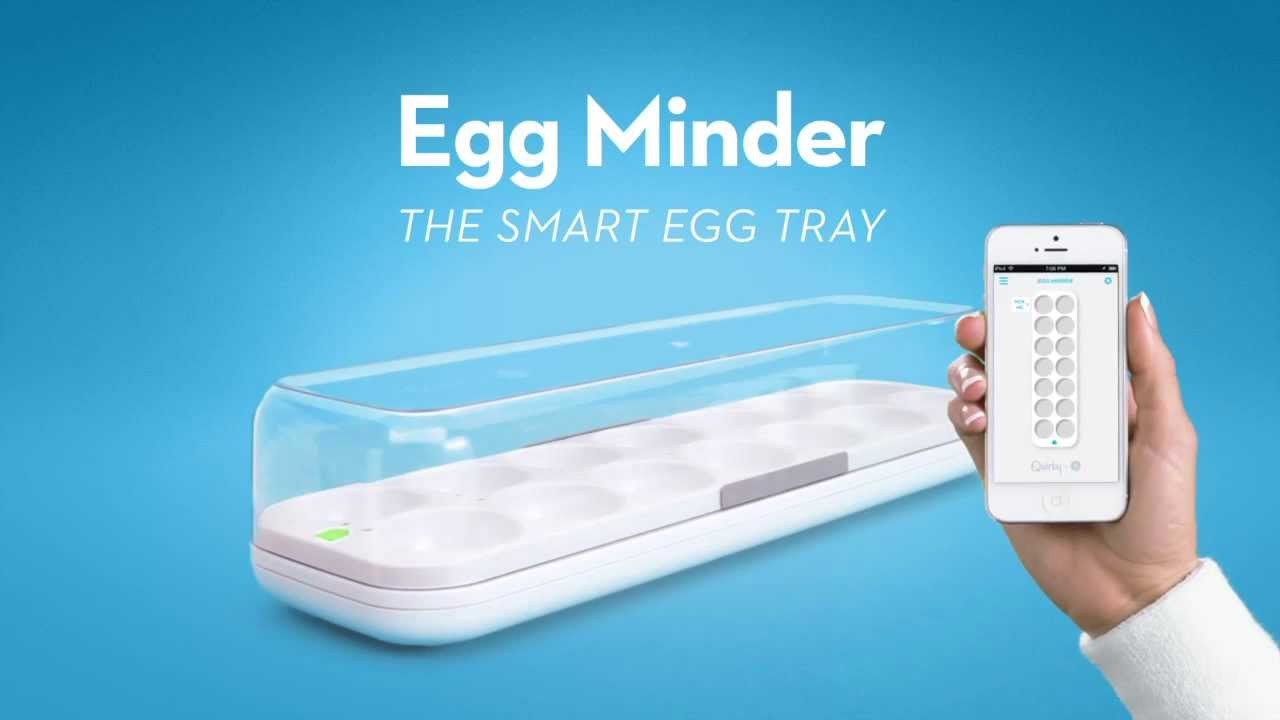 Wirelessly Keep Tabs on Your Eggs with Egg Minder

Like all Quirky products, Egg Minder was invented and influenced by real people like you. This idea was hatched by Rafael Hwang, a research associate and all-around good egg. Rafael enjoys proving naysayers plain wrong. He puts his fries in his burger to maximize efficiency and thinks it's never too late to start something as long as you surround yourself with ambitious people.

Egg Minder wirelessly connects to your mobile device to track the number of eggs you have and tell you when they’re going bad. In-tray LED lights indicate the oldest egg, while push notifications alert you when you’re running low. Check Egg Minder while at the store; you’ll never be in a scramble for a good egg again.

In The Box
1 Egg Minder (tray + lid) 2 AA batteries Connects to the Wink app over Wi-Fi. Works with iOS 6 and above, iPhone 4 and above, and Android phones/tablets with OS 2.2 or higher.