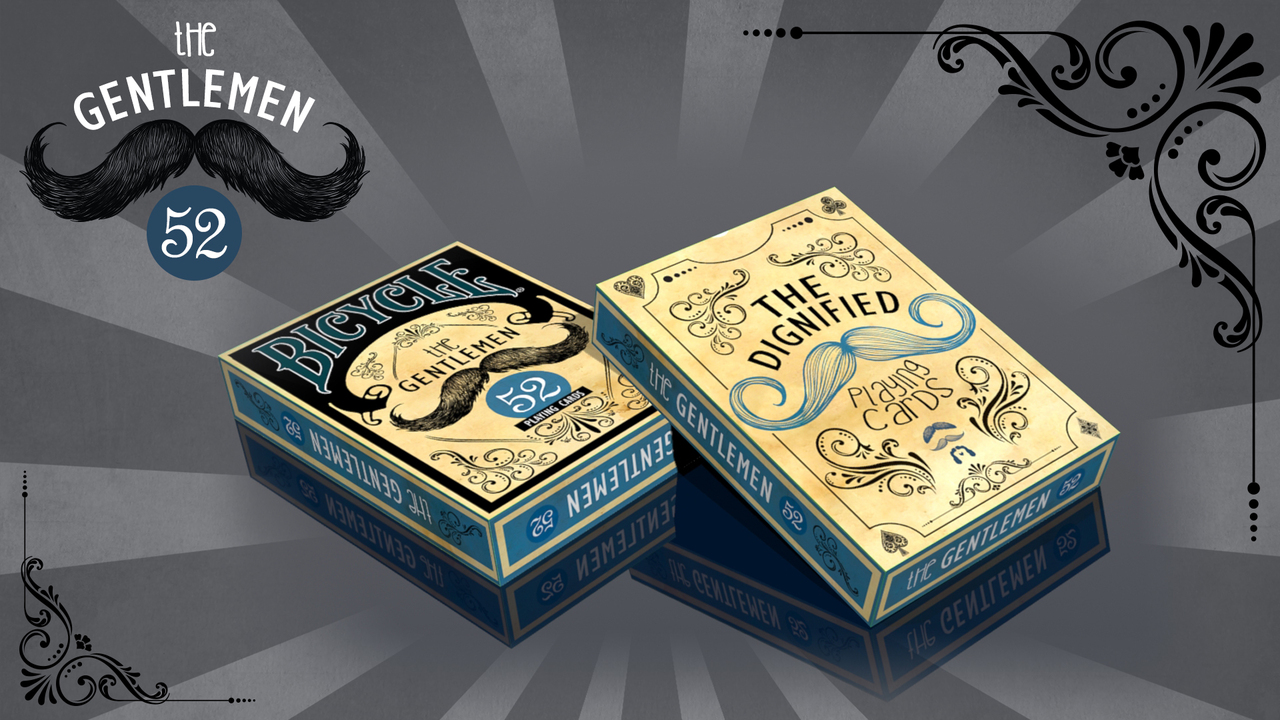 Gentlemen, gather round. Relax with your fellow man and play a hand of cards. Bask in your dudeness and ability to grow excessive amounts of facial hair. The new Gentlemen 52 Bicycle playing card deck presents a show of 13 different styles of facial hair decadence, with superior detail and masculine indulgence.

The box artwork aims for a distinguished look, as supported by the claim of The Dignified Playing Cards. Numbers two through 10 in the deck depict a faceless man rocking a number of different facial hair looks, while the jack, queen and king are detailed representations of who wears a particular style best. The aces complement the box artwork, as they are home to a series of mustaches without faces.

The Gentlemen 52 is an ode to facial hair glory, but the deck is not just for men. Hairy women and hair-loving women are part of the group as well. In fact, the queens are depicted as bearded ladies.

These playing cards were successfully funded on Kickstarter, and are guaranteed to arrive by Christmas. The funding period ended November 10th.