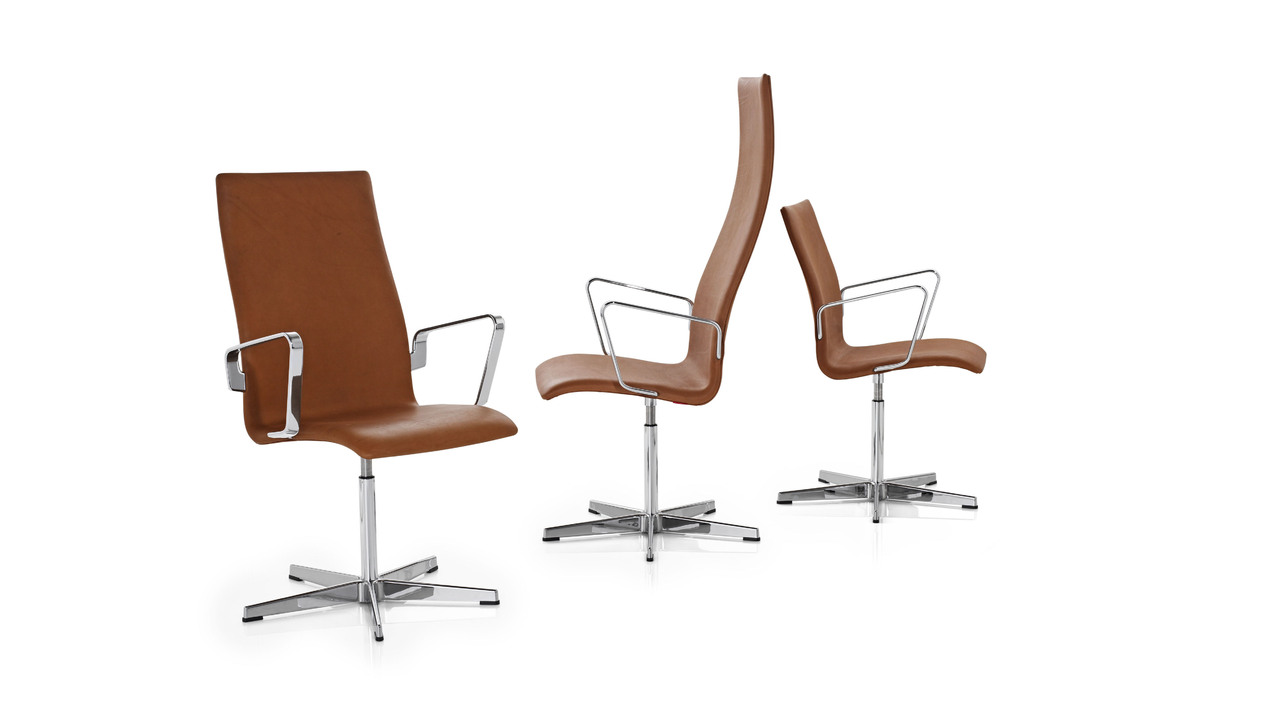 The chair’s extra tall back served as a symbol of prestige and created a space of its own. The “professor’s chair” later evolved into the Oxford series. In spite of initial protests and uproar over the commission of a foreign modernist, Arne Jacobsen received an honorary doctorate from Oxford, upon completion of the project. This groundbreaking example of total design is, today, considered Arne Jacobsen's most outstanding work. The Oxford chair has been revitalized and now it looks more like the original tall, wooden chair. Model 3293 comes with a medium back, arms and wheels and is the the newest version of the Oxford chair. It was introduced in 2008.

The Designer : Arne Jacobsen (1902-1971)
The cooperation between Arne Jacobsen and Fritz Hansen dates back to 1934. But in was in 1952 the break-through came with the Ant. It was succeeded by the Series 7 in 1955. This propelled his and Fritz Hansen's names into furniture history. Arne Jacobsen was very productive both as an architect and as a designer. At the end of the 50s Arne Jacobsen designed the Royal Hotel in Copenhagen, and for that project the Egg, the Swan, the Swan sofa and Series 3300 were designed.

Arne Jacobsen was and is an admired and outstanding designer. While the significance of Arne Jacobsen's buildings was less appreciated, his furniture and other design work have become national and international heritage.